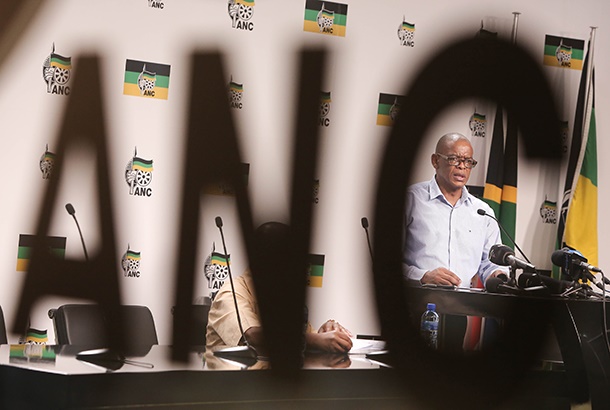 If the ANC conference resolutions and the decision by the party’s national executive committee (NEC) are invalid; and that what is valid is that leaders facing serious allegations of corruption and malfeasance can only be removed by those who elected them, then the ANC will be an organisation with no moral and political authority to self-correct and lead society.

It is trite that the ANC constitution recognises and empowers the NEC as the highest decision making body in between conferences, and therefore its failure to lead morally and ethically as leaders of society renders the ANC rudderless and incorrigible. It would mean that every time an elected leader is implicated in serious crimes a special conference to remove such a leader must be called. That would be impractical, irrational and unsustainable, which is why conference and NEC resolutions are there to remedy such situations.

Failure by the ANC NEC to act decisively and consistently would in fact create a situation whereby the country, which is governed by it, as the ruling party, becomes a kakistocracy - a government by the least suitable or competent citizens of a state; the least deserving individuals.

Lest we forget, a precedent was created when the ANC NEC recalled two sitting presidents, Thabo Mbeki and Jacob Zuma. The common theme of both motions was that their alleged conduct was putting the organisation into disrepute, albeit for different reasons.

Mbeki was accused of abusing state organs like the former Scorpions to fight his political opponents, whereas Zuma was accused of having an untoward relationship with the Guptas, who were believed to be the de facto leaders running the state and its affairs and appropriating its resources to themselves and their friends. These recalls came, inter alia, after the so-called spy tape saga in the case of Mbeki and the Gupta leaks in the case of Zuma.

Some might argue that both former presidents were no longer sitting ANC presidents at the time of their recall, so how is this relevant to the current debate?

Read: Those in the ANC with functional consciences must do the moral thing

For every general electoral cycle the ANC holds an internal list conference and arranges its list such that its president becomes number one thereon, which is then submitted to the IEC after further ratification by the NEC, consequent upon taking into consideration such issues as gender balance and criminal convictions. Such an election is valid for the five-year term of the incoming administration and Parliament.

It means that an incumbent president of the country as a result of the ANC winning the majority seats in Parliament and having successfully elected him/her in Parliament, serves at the pleasure of the ANC branches pursuant to list conferences at branch, provincial and national levels.

The step-aside policy is not a legal issue, but a fundamental principle of political morality and ethics to be observed by all conscious leaders and members of the ANC as binding

Therefore, a strong argument can be made that only ANC branches can remove a sitting president, who is a product of the ANC list conferences of branches that culminate in the national list conference, which is the conference where the country’s number one citizen is elected.

In the Mbeki and Zuma cases both presidents, notwithstanding Zuma’s initial resistance, accepted the authority of the ANC NEC as the highest decision-making body in between conferences and vacated their positions, although they were in fact elected by the ANC branches to be the country’s presidents for the full term of office. That full term of office was then cut short by ANC NEC.

Similarly, the ANC leadership is elected at an elective conference of branches - the same conference that took the step-aside policy decision - which is binding on both the conscience and conduct of all members without exception. So, the ANC branches have already spoken.

The step-aside policy is not a legal issue, but a fundamental principle of political morality and ethics to be observed by all conscious leaders and members of the ANC as binding on their conscience and conduct as they join the ANC, a voluntary organisation, on a membership pledge that they will abide, inter alia, by its constitution, code of conduct, policies and decisions/resolutions.

This means that if those that don’t like the binding decisions of the ANC’s competent structures, they are at liberty to leave like those who left at various times in the ANC’s history and formed other political organisations that include the Pan Africanist Congress, the Congress of the People and, most recently, the Economic Freedom Fighters.

Yet, members also have a legal right to challenge decisions if they were made outside of the approved policies and rules.

There is no doubt in my mind that the ANC conference and NEC resolutions are legally binding on the conscience and conduct of all those who have voluntarily joined the ANC, provided that such resolutions are implemented in a fair, transparent and equitable manner, without fear or favour.

The NEC, as the ANC’s highest decision-making body in between conferences, must now show leadership to save the country from plunging into a kakistocracy.

It is therefore clear that there is a formal route to be followed in the event of alleged serious transgressions by any member, including those who are defying ANC conference and NEC resolutions. Such members must be given an alternative to explain themselves before the ANC’s Integrity Commission, which upon thorough examination of facts before it, taking into consideration the extent of the disrepute it might cause to the image of the ANC, may also recommend formal disciplinary measures against any affected member.

Leaving the matter of members implicated in serious wrongdoing solely in the hands of the ANC NEC, which is patently divided, instead of first following due process of referral to the integrity commission and possible disciplinary processes, open the party to material risk. It might create serious internal strife and might favour a dominant faction within the NEC, the fallout of which is likely to create political instability that could impact the country’s governance and economy, given that the ANC is the ruling party.

In any case all integrity commission and disciplinary outcomes are endorsed and appealable at NEC level.

The advantage of the integrity commission route before final consideration by the NEC, is to allow sober consideration without the heightened emotions that are emblematic of NEC factional contestations, when allegations of corruption and malfeasance against, in particular, powerful figures are being discussed and decided upon.

In order to avert implosion and chaos within party ranks, it would be prudent of the ANC to embark on the established internal processes indicated above before the NEC pronounces on its final decision regarding the step-aside policy.

The NEC, as the ANC’s highest decision-making body in between conferences, must now show leadership to save the country from plunging into a kakistocracy.

Mfebe is a businessman, former ANC national MP, Free State MEC and PEC Member. He writes in his individual capacity

We live in a world where facts and fiction get blurred
In times of uncertainty you need journalism you can trust. For only R75 per month, you have access to a world of in-depth analyses, investigative journalism, top opinions and a range of features. Journalism strengthens democracy. Invest in the future today.
Subscribe to News24
Related Links
What’s in City Press: Cyril goes or Ace stays; Bushiri must pay R200m
ATM's motion of no confidence against Ramaphosa misguided and fatuous
Next on City Press
Zaakirah Vadi | Why the public must act against corruption