He was the first sporting personality whose fortunes I took personally.

It could be because he was the first “celebrity” I saw in person.

I saw him when he lived a few houses from my uncle’s house in Dobsonville, Soweto, I saw him at church on (some) Sundays, heard of his exploits on radio and, on occasion, saw him on television.

If there is one regret it is that, unlike my cousin and other boys in the neighbourhood, I cannot claim to have helped make Terror the champion and legend he was.

You see, Terror had a habit of allowing boys in the neighbourhood to hold the punchbag as he pummelled it or the rope as he skipped.

Terror would be clad in his boxing shorts and would go through his paces as if he was in the glare of the world media when, in reality, he was watched only by the boys. I know there is a thing about his being from Mohlakeng, western Johannesburg. Well, the people of Khoza Street in Dobsonville will happily show you the house where he grew up.

Those around Sibinda and Dzana streets can show you where he rented a room and allowed young boys to share in his glory before he moved to Mohlakeng.

Of course, it mattered greatly that, like me and my father years before, his primary education was at St Angela’s Catholic school in Dobsonville.

In Sub A I shared a desk with his son Patrick for the few months before the family relocated to Mohlakeng. It is a little unfortunate and unnecessary to have to argue about a legend’s birthplace because Terror was for South Africa, particularly for black South Africa, given the period in which he practised his talent.

The emphasis of his being from Dobsonville is made for historical accuracy rather than to be tribal about this great South African.

I remember how, as a child bored by a long Mass, my face would light up when I saw Terror join the queue for Holy Communion. His great and unkept hair was like a permanent crown.

The solemn walk with those great hands now held together in prayer belied the pain those hands had visited on many ring foes and glory to those of us who lived through his successes vicariously. In mock boxing matches as kids, I would put my guards against my temple because that’s what I had seen Terror do.

I remember hearing that Terror would be fighting a certain Johannes “Slashing Tiger” Sithebe at the Jabulani Amphitheatre, in the Soweto Theatre complex. I feared for Terror not because I knew anything about Sithebe but because his nickname sounded ominous.

I was happy when my father returned home later that afternoon to hear that Terror had “slashed” Sithebe.

I vividly remember that Sunday morning when everyone in our house was huddled around the portable radio listening to Thembinkosi “Mangethe” Zwane of Radio Zulu give us the pound for pound exchanges against Kim Tae-shik.

Not until the day of the release of Nelson Mandela, a decade later, would you see people explode with joy on the announcement that Terror had won by a split decision. South Africa had a black boxing world champion and he was one of our very own. The party had started – and it was not even 8am yet.

Terror was proof of what could be. He had the scars to show for it. It is telling that the last time he entered the ring, he left a winner. For a flyweight – and later bantam – Terror loomed large. He was a heavyweight in every other sense. – Fikile-Ntsikelelo Moya 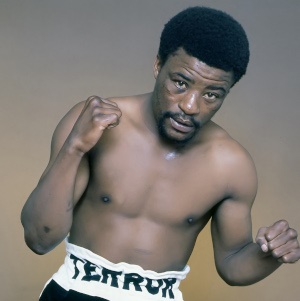