SA must take the lead in legalising euthanasia 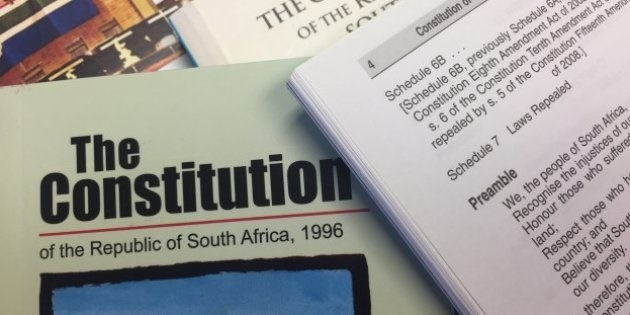 Human dignity is the essence of what defines us as individuals and as members of our respective societies and communities.

There is no us or me without dignity, or botho or ubuntu, as referred to in the Sesotho and Nguni language groups in South Africa.

The right of every person to inherent dignity and to have this right respected and protected forms one of the founding values on which the post-apartheid and democratic society of South Africa is founded.

Chaskalson P (as Arthur Chaskalson was known then) referred to the right to dignity and the right to life as “the most important of all human rights” that should be valued above all others.

According to him, the rights to dignity and life are the source of all other rights.

The Constitutional Court referred to these rights as a “value that informs the interpretation of many, possibly all, other rights” in our Bill of Rights.

The court went on to say that human dignity is “not only a value fundamental to our constitution, it is a justiciable and enforceable right that must be respected and protected”.

The right to dignity is also enforced by the right to “freedom and security of the person”, which includes, among other things, the right of every person to “security in and control over their body”.

Notwithstanding the importance of human dignity and life as values and rights, many people, due to disease (mental and physical) or violations of their human rights in the most intrusive and brutal manner, such as sexual violence and sustained psychological assaults, end up taking their lives and some do so in painful and traumatic ways.

It is reported that about 20 people take their lives in South Africa daily, and that about 13% of rape survivors commit suicide, while about 30% contemplate suicide due to the devastating impact of these assaults on their sense of being and worth.

The law and societal norms and morality generally neither favour nor support suicide and, more so, the assistance given by others to such an act.

While the taking of one’s life or an attempt to do so is not a criminal offence, assisting someone to take their life is unlawful. Mercy killing/euthanasia, including that administered by a physician, is regarded as murder.

The negative attitude towards suicide, assisted suicide and euthanasia, while understandable from a religious and cultural point of view, is difficult to understand and accept from a human rights perspective, with the right to dignity in mind, in particular.

The rights to dignity and “security in and control over their body”, both entrenched in the Bill of Rights, clearly provide a basis for the acceptance of euthanasia, and, at the very least, physician-administered euthanasia.

These provisions provide a basis for a more enlightened and progressive approach to these issues.

The right of every person to inherent dignity and to have this right respected and protected forms one of the founding values on which the post-apartheid and democratic society of South Africa is founded.

There are a number of reasons that inform this view:

. The law already allows individuals to take their own lives and does not punish those who fail in an attempt to do so. Punishing those who assist those wishing to take their lives, more so in the context of terminal illness and unbearable pain, is illogical to say the least.

. Prohibiting euthanasia negates human rights provisions in the Constitution pertaining to human dignity and the right of individuals to security and control over their bodies. This prohibition, using the words of Archbishop Desmond Tutu, deprives dying people of the right to “choose how and when they leave mother earth”, and goes against the country’s new value system based on the right to dignity. Human dignity is “the touch of the political order” and a new social order that requires people to lead dignified lives and have dignified deaths too.

. The reasons for not changing the current prohibitive law regarding euthanasia, such as the possibility of abuse due to family pressures motivated by financial challenges, do not justify the prohibition and its blanket application as a response to a problem that can be regulated by good controls. These controls would include, for example, approval of euthanasia by a panel of physicians – one of the requirements in some of the countries where euthanasia is already permitted.

.  The issue of cultural and religious concerns as a basis for not permitting euthanasia has the effect of imposing those views on the whole of society. This is not only unfair but negates an important principle that the enjoyment and practice of culture and religion should not be inconsistent with other provisions of the Bill of Rights, more so the right to dignity which is the basis for euthanasia.

.  The current prohibition constitutes an unjustifiable limitation on the right to dignity for those who want to end their lives. It would not meet the requirements of the limitation clause which is dependent on, among other things, an open and democratic society based on human dignity, equality and freedom, which in this regard entails the right to die with dignity, as is the right given to those who commit suicide on their own.

.  There is certainly a need to review our laws and attitudes as a society in relation to the right of individuals to choose to end their lives and to be duly and appropriately assisted by others if their sense of dignity leads them to this conclusion. This could be done by enactment of appropriate legislation or by our courts through their power to develop our common law in a manner so as to bring the prohibition of euthanasia, which is contrary to the “spirit, purport and objects” of the Bill of Rights, to an end.

There is increasing support for the removal of the prohibition of euthanasia and law makers should take heed.

South Africa has taken the lead in many human rights advances and we could do so with this as well, at least on the African continent.

Thipanyane is chief executive officer (CEO) of the SA Human Rights Commission, and Makane is an intern in the CEO’s office

Do you believe that people have the right to bring their own lives to an end?

SMS us on 35697 using the keyword DEATH and tell us what you think. Please include your name and province. SMSes cost R1.50. By participating, you agree to receive occasional marketing material

We live in a world where facts and fiction get blurred
In times of uncertainty you need journalism you can trust. For 14 free days, you can have access to a world of in-depth analyses, investigative journalism, top opinions and a range of features. Journalism strengthens democracy. Invest in the future today. Thereafter you will be billed R75 per month. You can cancel anytime and if you cancel within 14 days you won't be billed.
Subscribe to News24
Related Links
‘Doctors are not God’ says health minister about assisted suicide
Isn’t it time to legalise assisted suicide?
Next on City Press
How basic digital literacy can give rural youth a fighting chance in the 21st-century workplace