Shocked, confused, frustrated: Tales from inside a captured entity 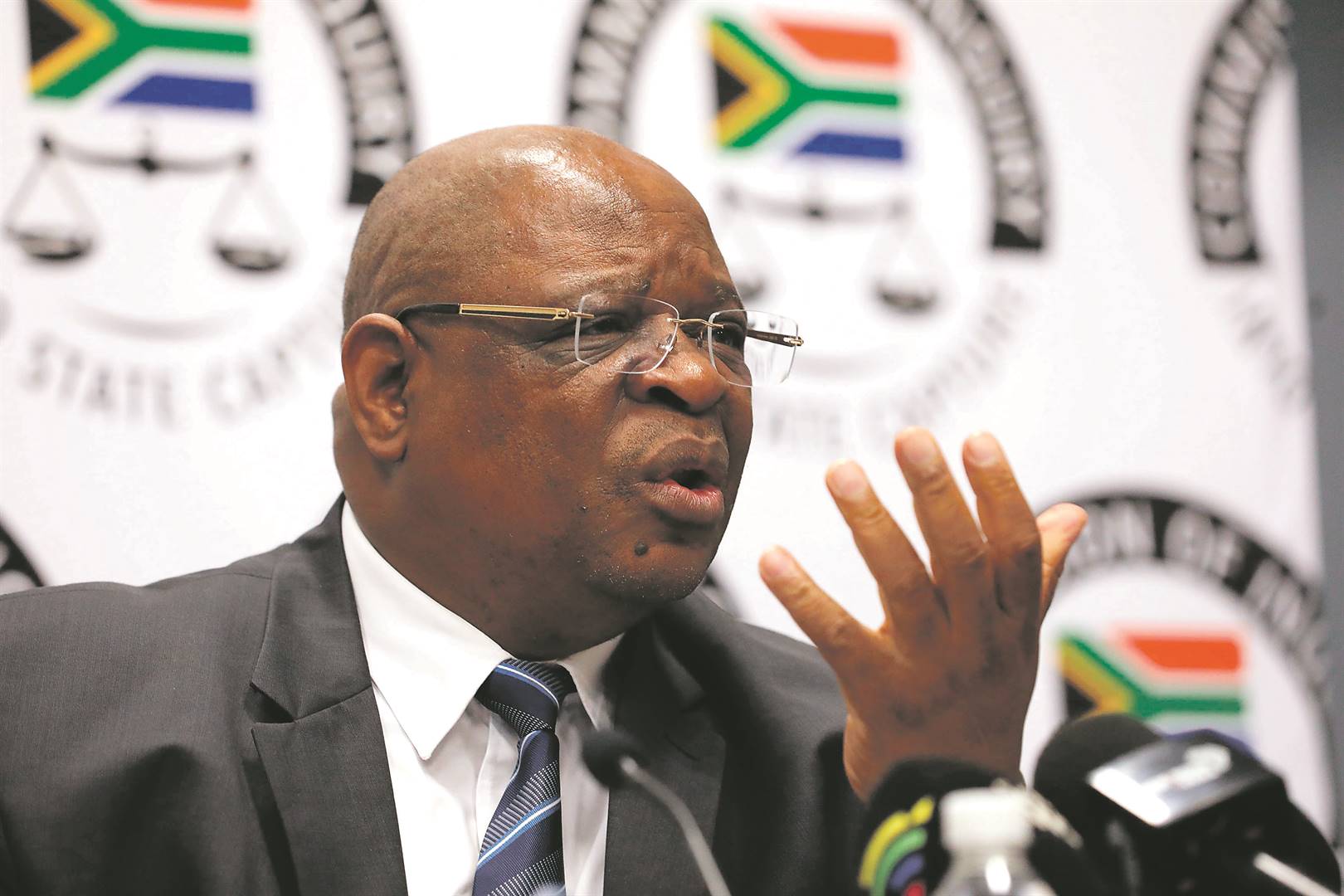 Deputy Chief Justice Raymond Zondo may have been shocked, but – frankly – I wasn’t.

Evidence being led at the Zondo commission about fraud and corruption perpetrated by individuals who were in leadership positions in state-owned enterprises (SOEs) is providing critical clues to what essentially crippled those entities.

The state of our SOEs has become a festering sore that, if not excised as quickly as administratively possible, will ultimately kill them. And all the socioeconomic benefits we should be deriving from those entities as a nation will die with them.

This situation’s been exacerbated by a lack of respect for governance and a total disregard for the law by leaders who descended on those entities circa 2014/15.

For now, I’ll leave aside the glaring absence of ethics and integrity that accompanied this era.

While the deputy chief justice seemed stunned by most of the evidence given by the former group CEO of Denel, Zwelakhe Ntshepe, I wasn’t surprised at all, other than by Ntshepe’s sheer brazenness in saying what he did so openly in front of the nation, aware that, in this digital age, information crosses international borders the minute it’s shared.

I understood and even empathised with Zondo when he gave that heavy gasp of disbelief at Ntshepe’s proud admission that he had signed the multimillion-rand settlement agreement for the company’s departing chief financial officer, Fikile Mhlontlo, without even reading it.

Ntshepe saw nothing wrong with declaring: “The reason they’re asking me to sign is more procedural than for me to understand exactly what’s in it.”

The state of our SOEs has become a festering sore that, if not excised as quickly as administratively possible, will ultimately kill them.

Mhlontlo had been one of three executives (including the then group CEO) who were bizarrely suspended by a new board, led by a lawyer from Limpopo.

Many unsubstantiated allegations that served to tarnish the reputation and undermine the credibility of these executives as professionals were bandied about publicly, mainly by the media.

A year or so after the suspensions due to these “very serious” allegations, no disciplinary hearing had been held for them, and the Denel board chose to give them golden handshakes by way of a settlement – despite the fact that their “serious misconduct” included references to dishonesty and gross negligence.

The financial settlement Mhlontlo received was about R9 million and even included an incentive bonus.

This for an executive suspended for alleged unethical behaviour and dereliction of duty, as determined by a board that had been appointed just three months earlier.

I also wasn’t surprised by Ntshepe’s inability to give a cogent response to Zondo’s question regarding why, as the acting group CEO, he hadn’t argued against this financial settlement from a company already battling liquidity challenges, rather than taking the three executives through a disciplinary process.

The allegations were certainly serious enough to warrant one, so any responsible leader would have stood up and persuaded his board to put the alleged offenders through a fair process, thus saving the company money, rather than paying them handsomely to resign.

Ntshepe, however, by his own admission, simply signed the settlement agreements, without even knowing what they contained.

He seemed to miss the irony when Zondo repeatedly queried this in disbelief. The deputy chief justice could be forgiven for this, as he was obviously not at Denel during the period of Ntshepe’s leadership, from 2015 to 2018. But none of those who worked with him would have been astonished.

And I wasn’t surprised, either, to hear about his ignoring the informed lawful advice of his supply chain executive, Dennis Mlambo, against signing a contract awarding business to the Gupta-linked VR Laser Services without following due legal processes.

Instead, Ntshepe acceded to the complaint of a divisional CEO who wanted to have the contract signed in defiance of the advice of Mlambo, who was being paid to ensure procurement matters followed the prescribed processes.

The same divisional CEO had allegedly ignored the advice of his own supply chain executive in the division he led. I had seen this movie so many times between 2015 and 2018 that what I heard left me numb.

You see, I had reported to Ntshepe at Denel from 2015, when he ascended the corporate throne following the sudden suspension of the company’s group CEO at the time, until he left three years later.

No one who was at Denel during the period under Zondo’s spotlight would have been flabbergasted by the admissions that astounded the chairperson of the commission.

I again didn’t bat an eyelid when Ntshepe, trying to wriggle out of a tight corner under intense questioning by senior counsel, pointed fingers at former Denel employees – his subordinates – who also gave evidence at the commission before him. Two very credible witnesses who seemed to have nothing to hide and no one to protect described what took place in the company during the period under scrutiny.

Sometime in 2015, I had already stood – transfixed in utter disbelief – at a table in Ntshepe’s office while the then chairperson of the Denel board unleashed a screaming tirade at me through Ntshepe’s cellphone, which was on speaker. I tried to answer, but was cut off mid-explanation.

Ntshepe, rather than speaking up to defend me, simply shrugged, silently indicating that there was nothing he could – or would – do. The tirade ended with my being asked to write to that chairperson to tell him why I shouldn’t be fired.

Although Ntshepe afterwards said he had not agreed with the man he referred to as “my chair”, his advice was that I should simply write what he wanted. That was the calibre of leadership we experienced at group CEO level from then on.

So, honourable Deputy Chief Justice, nothing that you heard from Ntshepe surprised me in the least.

I had my fair share of being shocked, confused, frustrated and even scared as the corporate culture at Denel deteriorated to virulent toxicity from the time the 2015 board of directors took over.

Spare a thought for all the other executives who reported to a man who spent most of his time on the group CEO throne behaving as if he were there to protect and advance the interests of his board of directors, rather than the company; a man who looked and behaved as if he feared the chairperson, and actually said so to anyone who cared to listen.

At times, he would talk about being afraid “of these people” and allege that his life was in danger. Within a defence environment that already operated with higher than normal degrees of paranoia, conspiracy theories, fear and packs of lies, this fitted nicely into the mix.

I had my fair share of being shocked, confused, frustrated and even scared as the corporate culture at Denel deteriorated to virulent toxicity from the time the 2015 board of directors took over.

Add to that allegations of all sorts of devices inserted into phones and computers, and you have a culture that supported anything but an enabling, supportive and productive environment for employees to perform in.

So, I repeat, no executive who was at Denel at that time would have been surprised by the utterances that left Zondo aghast.

The company’s ethics supposedly included “integrity” at that time, but conscientious employees who objected to being asked to do things that clearly went against that value were told they had no right to listen to their conscience if the employer gave an instruction.

It was a company where signing huge financial commitments without either reading or understanding their implications, bypassing a legally constituted executive committee, ignoring company policies and legal processes, defying National Treasury and having public spats with government ministers became the norm.

The organisation’s core value had been ripped out, leaving it (and its employees) broken and bleeding.

I understood when Celia Malahlela, a former executive, broke down on the last day of giving evidence at the commission.

Any executive or even senior manager who was at Denel at the time would have identified with the deep hurt from which her tears flowed. Except, perhaps, the four individuals constituting the superstructure.

Qinga is a former group executive at Denel, and the founding director of VQ Communications Agency

We live in a world where facts and fiction get blurred
In times of uncertainty you need journalism you can trust. For only R75 per month, you have access to a world of in-depth analyses, investigative journalism, top opinions and a range of features. Journalism strengthens democracy. Invest in the future today.
Subscribe to News24
Related Links
Ramaphosa and ministers must account for their roles during the ‘wasted years’
Zuma foundation accuses Judge Zondo of irregularly working with lawyer Tembeka Ngcukaitobi
Denel failed to follow due process when appointing Gupta-linked company
Next on City Press
Voices | How Biko’s ideas are changing Brazilian society

Listen to our latest podcasts.
Voting Booth
Were the knee-jerk travel bans imposed on SA following our detection of the Omicron variant necessary?
Please select an option Oops! Something went wrong, please try again later.
We are being punished
48% - 66 votes
Rather safe than sorry
29% - 40 votes
They have every right
23% - 32 votes
Previous Results
The best of 2020
Can you guess who featured in our most popular articles from 2020?