The thuma mina magic is working, getting countries to invest in SA 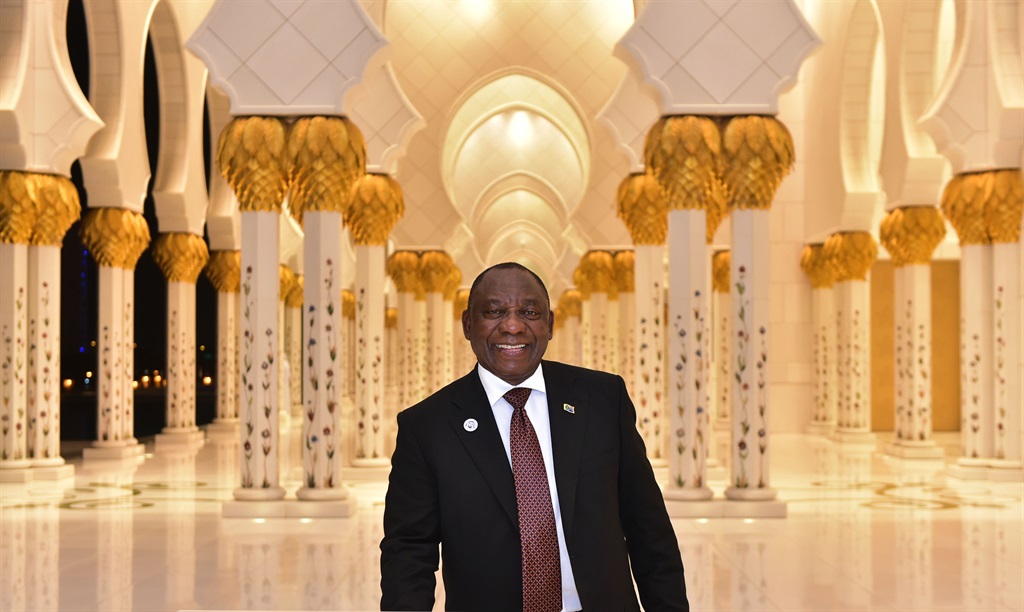 As we celebrate Nelson Mandela’s and Albertina Sisulu’s centenary of birth, another of Madiba’s disciples is giving birth to his own magic, the “Ramaphosa magic” which goes by the name of “thuma mina”, which means send me. It is beginning to take shape and is bound to propel South Africa to new heights.

A crucial diversion is necessary. When Madiba took office in May 1994, many heads of state wanted to be the first to come to our shores to shake hands with the new but elder statesman. Others sent envoys who jostled for pole position to be among the first to invite Madiba for a state visit into their countries.

I was assistant to Alfred Nzo, the first minister of foreign affairs in democratic South Africa. Nzo helped Madiba to have President Robert Mugabe come first for a state visit and Mandela’s first outgoing visit was to Windhoek, Namibia.

Twenty four years later President Cyril Ramaphosa has had to make similar decisions as Madiba – who comes first and which country does he visit first? After taking good advice, President Nana Akufo-Addo of Ghana was the first to visit South Africa and President Ramaphosa followed with his first official visit to Abuja, Nigeria, and held successful bilateral talks with his counterpart President Muhammadu Buhari.

From Abuja he flew straight to Jeddah, the Kingdom of Saudi Arabia, and to Abu Dhabi in the United Arab Emirates. Both countries laid out the red carpet for Ramaphosa to be received as, what in both countries was expressed differently but had one meaning, the true disciple of Nelson Mandela. Both countries were among the first to open diplomatic missions in South Africa soon after President Mandela’s inauguration.

The “thuma mina” magic made it easy for these two countries to open their purses and seal a combined commitment of $20 billion (about R267 billion) in investment for South Africa. These investments will be directed to energy and power creation. The Saudis are ready to build a top-of-the-range modern refinery in the country.

But there was more to the visit and the commitment pledged towards South Africa by Saudi King Salman bin Abdulaziz al Saud and Crown Prince Mohammad bin Salman and the UAE’s Sheikh Mohammed Bin Zayed Al Nahyan, the Crown Prince of Abu Dhabi, whose father Zayed bin Sultan Al Nahyan – also born in 1918, was an admirer of Nelson Mandela. By the way, the UAE is also observing his centenary of birth.

In both direct and in separate private talks held in both countries with the energetic minister of international relations, Lindiwe Sisulu, the leadership of both countries made it clear that they want to cement ties with South Africa as the leading, stable and more developed African state on the continent. They see South Africa as a gateway to the whole of Africa.

Both countries have ambitious plans for the future. Having built their economies from the oil riches, they are conscious of the fact that the reserves have a lifespan of their own. So diversification and investments in other areas of the economy has been made a priority in their economic strategies.

If South Africa boasts minerals such as gold, diamonds and platinum, the Saudi kingdom, with a high-income economy and the well-off Emirates has the richest reserves of oil and gas in the world. Like South Africa is the only African country in the G20, so is Saudi Arabia for the Arab world. The G20 countries represent 86% of the world economy and 78% of the global trade.

South Africa imports about 47% of its oil from Saudi Arabia and regards that country as a strategic partner in that region. Saudi Arabia is also a large investor in South Africa and the total trade amounted to just more than R55 billion in 2017.

South Africa and the United Arab Emirates (UAE) have maintained wide-ranging bilateral and commercial interests, with the UAE being South Africa’s main importing partner within the Gulf region.

In both countries the rate of literacy is 90% among males and about 81% among females. In the two countries they have invested a lot in early education as well as higher education.

The UAE Space Agency celebrated its fourth anniversary a day before our arrival, and is developing the UAE’s space sector with such success that it has established a footprint worldwide and is providing satellite services to 140 countries.

Beyond this both countries have common interest in promoting South Africa’s defence military industry and strengthen areas of cooperation in the field of defence procurement partnerships.

Although the above was not on the agenda for this trip, discussions did touch on the conflicts in the Middle East, the situation in Syria, Iraq and Iran and South Africa’s relationship with the Palestinian people.

On the whole, there is evidence that the “Ramaphosa magic” – the “thuma mina” magic is gaining momentum.

This sentiment is matched by developments here at home. According to the latest South African Citizen Survey, 68% of South Africans feel President Ramaphosa “is doing a good job after just a few months in office”.

• Dr Khulu Mbatha is an advisor to President Cyril Ramaphosa, author, columnist and diplomat. He writes on the sidelines of the visit to Nigeria, Saudi Arabia and the UAE.

Related Links
R10bn investment ‘is proof that SA is open for business’
Saudi Arabia pledges to invest R133bn in SA energy sector
UAE may invest in SOEs
Share
Next on City Press
Covid-19: The human faces behind the surgical masks