These brave women give us strength 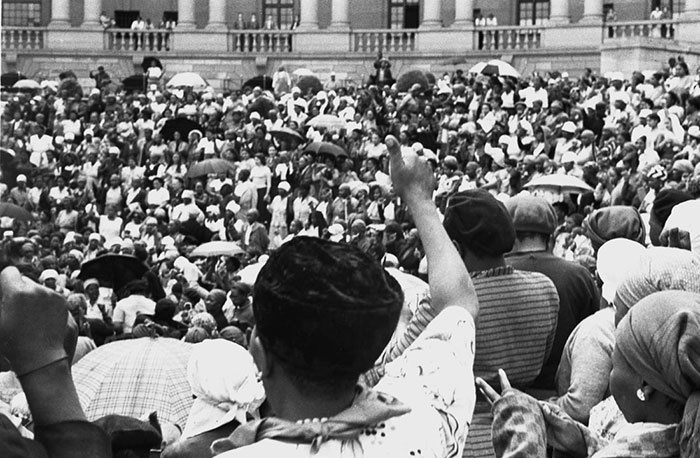 These brave women are an inspiration. Picture: Supplied/UCT

My grandmother turned 80 a few weeks ago.

If you had asked me, when I was growing up, what I would have done for her at this age, I would have told you not much because I would have already built her a two-storey house; bought her a huge car, carrying a tyre on its back; and established an appetising bank account for her to enjoy life.

I often ask my grandmother what she was doing when all her people were fighting back in apartheid times.

She often dismisses me, unable to provide a definite response.

I don’t want to assume that her heavily drinking husband expected her to be at home at a certain time.

You see, my grandfather was the kind who drank to the extent that he would be brought home by other men carrying him.

At times he would return staggering, unable to properly articulate words because of the level of his drunkenness.

So perhaps when all the women were fighting for freedom, my grandmother felt the need to be home because her unreliable husband couldn’t be trusted with their children; the need to be present with them because he often raised his hand and became uncomfortably abusive when drunk.

But I know that my grandmother was praying for those who occupied the streets, for those whose blood was watering our plants, risking their lives for all of us to live freely today.

Our strength is derived from your hard lives in which nothing is easily attained. Your love has indelibly shaped us.

I know my grandmother opened the doors of her home for screaming children who were running away from apartheid police.

I watched her help children who barged into our home at different times with stinging and burning eyes from the tear gas, blurred vision, runny noses, some coughing with the difficulty of breathing, and others suffering from the feeling of choking and disorientation.

My grandmother was always ready to coat them in petroleum jelly or similar substances for protection.

Sometimes she soaked a cloth in water and helped them breathe through it.

Perhaps my grandmother stuck around to make sure that, with the R600 she earned, she not only fed and supported her retired husband but educated her children to prepare them for the coming freedom.

She couldn’t afford to take any of us to fancy, reputable schools, but her home was a reputable and honourable classroom.

This is where she taught us confidence, self-love and humility, among other qualities.

Our communities are full of individuals like my grandmother, who divided roles, realising that they should remain and fulfil other tasks because, when all was said and done, our country would still need well-groomed individuals to pick up the baton.

This year we suffered the greatest tragedy in life in the EFF, when we buried Koko Sarah Malema, a matriarch, a mother to the party’s president, Julius Malema, who describes his grandmother as his confidante and cooling shade, whose loss was like a sharp instrument through his heart.

Koko Sarah was never a coward; she was a fighter who fought criminals when the community was afraid, and groomed for us the fearless leader that Malema is today.

In October last year, we buried the mother to EFF national chairperson Dali Mpofu, who died peacefully in her sleep after years of nurturing for South Africa a leader who has come to be one of the best advocates in our republic.

Mama Nosebenzile Mpofu, like Koko Sarah, offered full support and advice to her son, particularly during the times when he was imprisoned as a youth in the 1980s for anti-apartheid activism.

These are our South African heroes. Many like them continue to go unrecognised and uncelebrated.

Mbuyiseni Ndlozi, our national spokesperson, spoke of how he found his grandmother in an EFF doek a few days ago.

When he asked her why, she told him that she was still observing the “EFF Red Friday”.

EFF red Friday was an election campaign during which the EFF urged South Africans to wear red every Friday.

This was a political statement that we are a now generation, and it also symbolised that we could no longer postpone the true liberation of our people from economic apartheid.

It was an overt message to the enemies of black people that we are not scared or shaken and that we want our land back; a demand for our land and jobs now.

It was touching to realise that while we are still catching our breath, recovering from that hectic period, our grandmother Ma Ndlozi was continuing the fight and sending a clear message where she was.

When we celebrated the EFF’s sixth anniversary recently, the party’s secretary-general, Godrich Gardee, was there with his elderly mother, who clearly still does not dismiss the party as a mission for young people.

These are our South African heroes. Many like them continue to go unrecognised and uncelebrated.

To all the leaders of our communities, the less celebrated, our mothers, grandmothers, aunts and sisters who stand up for us daily; the women who are secretly abused and murdered; those who endure abuse and torture, we hold you up with admiration.

Our strength is derived from your hard lives in which nothing is easily attained. Your love has indelibly shaped us.

We have learnt and inherited from you the courage and strength to continue fighting the struggles of women.

The war against women will come to an end.

Tell us about such a woman in your life, who has nurtured and supported you through difficult times.

SMS us on 35697 using the keyword MATRIARCH and tell us what you think. Please include your name and province. SMSes cost R1.50. By participating, you agree to receive occasional marketing material