This is about the survival of SA. We need active and vigilant citizenry The corruption revealed by commissions of inquiry tells us that we have to address the graft of politicians and public servants who facilitate and benefit from gross corruption. Picture: Brenton Geach

This is a cathartic moment for the country. It’s time to reimagine, redesign and reorganise the South African experience of life

South Africa stands aghast in shock, disbelief and shame at the unbelievable revelations of impunity; the crass and cavalier display of entitlement to the public purse; and the utter and unmitigated disrespect for the people of South Africa.

When the South African Council of Churches released its Unburdening Panel report on corruption, it made the observation that the integrity and moral legitimacy of the governmental system and environment had been eroded by this cancerous phenomenon.

Indeed in the stealthy nature of cancer, it is not readily detectable in every scan. Just yesterday we experienced the Gupta saga; now the Bosasa horror.

The shameful misery of the Lindela Repatriation Centre and the treatment of foreigners in a heartless pass-laws tradition is an embarrassment, but outsourcing the health of helpless people to greedy self-serving Bosasa mercenaries, as reportedly happened to a child, is beyond description.

We are rocked from all sides – the Mokgoro inquiry into the National Prosecuting Authority; the Public Investment Corporation meltdown; apart from the ongoing tenderness of the state-owned enterprises in efforts to recover.

We are horrified at the thought of any further festering stinkers lurking under the surface – other Gupta-Bosasa incarnations.

May it come out in all its sordid reality to heal our land.

Then again, we are surrounded by crocodile-infested moats of criminality, masquerading as church, engulfing the unsuspecting believing public. This would be comical if it wasn’t so tragic.

This is a cathartic moment for South Africa.

This is when we need to face up to the horrors to recover our national footing to the glorious rendezvous of the promise of post-apartheid South Africa: A just, reconciled, equitable and sustainable South Africa, free of racism, tribalism, xenophobia and gender prejudices; free of greed, corruption and deprivation; with adequate food and appropriate shelter for all; and with quality education from cradle to career with every child born to grow to their God-given potential.

These revelations tell us that not only do we have to address the corruption of politicians but also of officials and public servants who facilitate and benefit from systemic patterns of gross corruption.

At this time we need the multitudes of good public servants that will be the backbone of a reimagined administration infrastructure to stand firm in the principles of good governance and make it cool to do right.

We need the people that have either been a part of, or witnessed, wrongdoing to muster the courage to speak up, come before the commissions, or to their trusted institutions – legal or religious – and make a clean breast of things.

This is about the survival of the country. 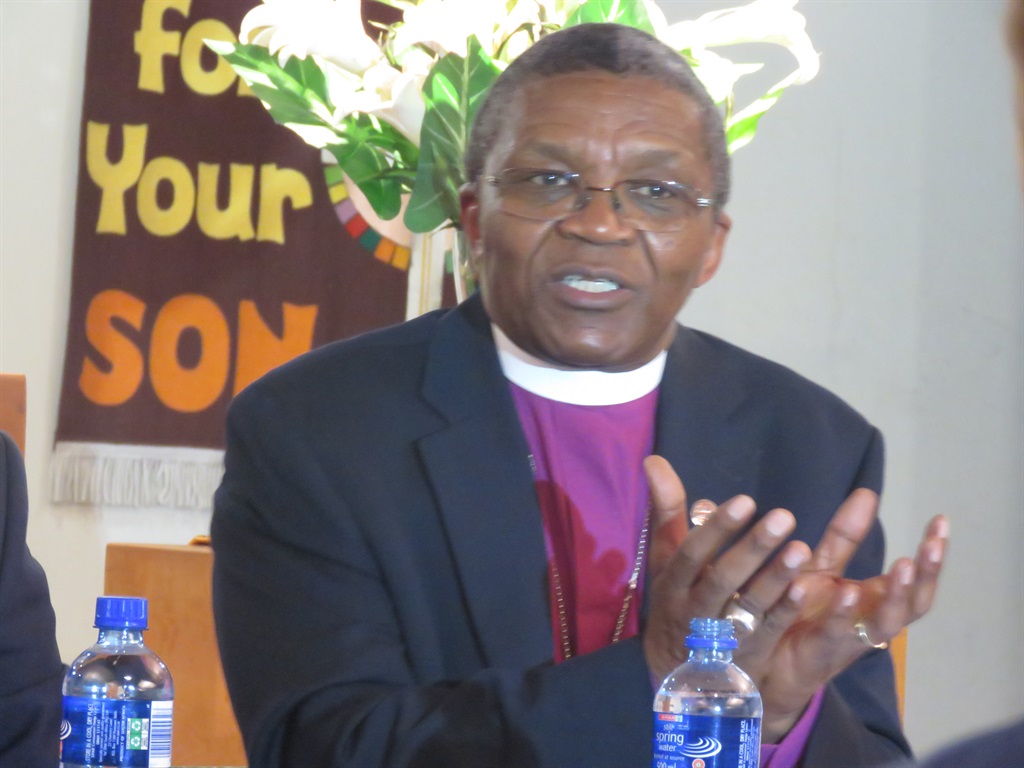 We need politicians to know that South Africans will have zero tolerance for corruption, entitlement and impunity; that we shall take into our citizens’ hands the responsibility to set the values that define where our country will go, the minimum standards that must be met by an ethical government towards satisfactory living and policies that uphold these standards.

The premier place of the Constitution in our law means that the values enshrined in it are inviolate in the South African constitutional democracy.

Chapter 10 is quite instructive on the values, principles and ethical standards of the public administration in our constitutional dispensation.

To sustain governmental accountability, we need to heed the voice of former president Nelson Mandela who said in 1996: “Public awareness and participation in maintaining efficiency in government within the context of human rights are vital to making a reality of democracy.”

This calls for active and vigilant citizenry. There is hope. South Africa can rise to this.

The opportunity created by these commissions to uncover what has been happening in the dark is a step towards our national healing in the recognition of our collective and individual responsibility to stand up and be counted to make a difference.

The hope lies in cultivating the citizen culture of Mandela’s vision; and to re-imagine, redesign and reorganise the South African experience of life.

To this end the SACC, with a diverse number of civil society organisations, has been working through the National Convention SA process to promote positive values that should beckon us to a higher national place; and the standards that shall sustain those values to inform where our resources should go to truly transform our society for the promise of South Africa.

Our core value statement must be that South Africa is a constitutional democracy, in which the Constitution is the highest law of the land, rooted in openness, democracy, accountability and social justice; that such a constitutional democracy must be anchored in serving the interests of all who live in this country, especially those who are socially, economically and politically the weakest, in the spirit of the popular dictum of “the people shall govern”.

If we are to uphold this core value of our democracy there must be some minimum standards or spokes that hold the wheel of our constitutional democracy together to mitigate against the cancer of corruption and impunity.

Some of the elements of this that have emerged from the civil society process led by the churches include:

. A professionalised, as against a politicised, public service with defined permanence for institutional stability and defined categories of acceptability for political appointees;

. Protocols for transparency in the appointment of senior public servants and officers, with provision for random lifestyle checks;

. Special measures against corruption in the public and private sectors aggressively applied and enforced with special corruption courts;

. Probity and integrity measures for eligibility to public office, including the legislature. This puts a question on candidates with serious allegations of corruption against them for parliamentary lists;

. Measures to ensure ease of access to justice by all citizens;

. Protocols to prevent the abuse of justice and security services such as the intelligence services; and

. Civic education in the school curriculum, including education on the Constitution, and the mechanisms and institutions of democracy.

The convention process will have the final declaratory public session on March 19 and, ahead of that, there will be a communication campaign to invite South Africans to engage the recommendations with inputs for the final declarations in anchoring democracy, as well as the other three areas of our attention:

. Economic transformation: This is the most contested and most critically essential if South Africa is to have a future of justice, peace, and stability;

. Comprehensive quality education to address all aspects of education and training; and

The nauseating spillage of the poisonous grime clears the way for us to reimagine, redesign and reorganise the South African experience in the spirit of our Constitution, which challenges the base instincts that destroy our stock of national mutual trust.

We are rightly disgusted by what we are seeing and hearing; but we must not be disheartened, but encouraged.

This is the time to stand up and heed Mandela’s call for “public awareness and participation in maintaining efficiency in government within the context of human rights” – vital to make a reality of democracy.

Mpumlwana is secretary-general of the South African Council of Churches

Do you agree that it is time for citizens to take more responsibility to make democracy work?

SMS us on 35697 using the keyword CITIZENS and tell us what you think. Please include your name and province. SMSes cost R1.50.

Related Links
Scorpions 2.0: Ramaphosa announces new unit to root out corruption
How can you be neutral when your country is being destroyed?
Mondli Makhanya: Ramaphosa provides direction but SA is not yet out of the woods
Share
Next on City Press
Mondli Makhanya | Cyril Ramaphosa is nothing more than a government spokesperson