Why Dlamini-Zuma would be the best option for Ramaphosa 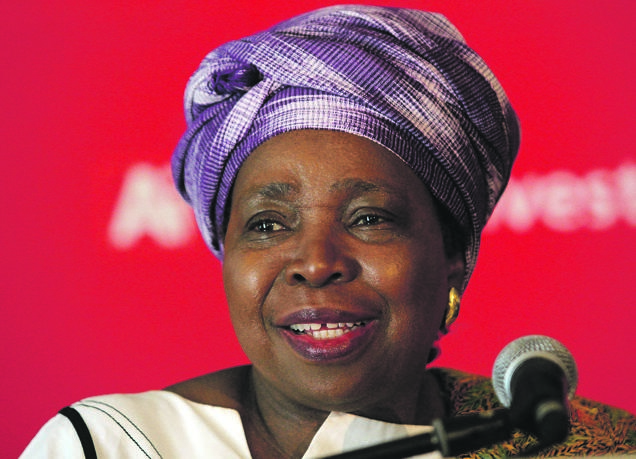 The sixth national general elections have come and gone and the result is that, in spite of the decline in electoral dominance, the people of South Africa have reaffirmed their confidence in the ANC to lead the nation.

There is, however, no doubt in the mind of the president that his executive and all the arms of government have a lot of work ahead of them.

The message from South Africans during this electoral period was clear: the government needs to act quicker and more decisively in changing their material conditions.

Pressing among their priorities would be to ensure that we deal with the challenges pertaining unprecedented levels of inequality, poverty, landlessness and national disunity.

She represents the best that the ANC has produced and, beyond her personal excellence, this political moment calls for someone like her.

Furthermore, the president needs to lead the process of building trust in government and act as a champion of clean, honest and untainted governance across all levels.

This he needs to lead while he works to deliver on his mission of improving investments in the country and creating an environment conducive for job creation and income redistribution.

It, therefore, becomes clear that if the president is to deliver on all the promises to the electorate and reverse the losses that has been suffered by the ANC, he needs to be surrounded by the best available comrades to assist him in delivering on these demanding tasks.

This makes it important for the president and officials of the ANC to reaffirm the deployment philosophy of the ANC that the best among us must lead and that all comrades serving in our structures must be able to pass through the eye of the needle.

Nkosazana Dlamini-Zuma is one such comrade. She represents the best that the ANC has produced and, beyond her personal excellence, this political moment calls for someone like her.

In making my argument, I assert four important reasons why I believe that she must be either appointed as the deputy president or the first prime minister of a democratic South Africa.

Top among the roles that she has occupied in this regard is being the chairperson of the African Union Commission.

1. The first reason is that the deputy president is the leader of government business.

This responsibility requires someone who an in-depth understanding of the functioning of various ministries but is also able to provide strategic political direction without getting too drawn on the operations.

Dlamini-Zuma has served as a minister of health, home affairs and also as a minister in the presidency. In all the departments she has led, she has done so with great distinction and has an excellent legacy.

She also has a reputation of being a driver of results and has an appetite of holding officials accountable.

With such a role, one would expect that she would be able to “crack the whip” where necessary but also provide counsel and wisdom in dealing with the complex challenges that government is to face.

One of the greatest challenges that the president may face in his term of office could possibly be the stubborn tendency of factionalism.

2. The second reason is that our political position in the continent as a country has waned.

The country has ceased to be an undisputed political leader in dealing with continental challenges.

This term of office must work to restore the confidence of African states in South Africa and also be intentional, active and vested in elevating the living conditions of people of this continent.

South Africa cannot and will not prosper unless the continent prospers.

In view of this and having assessed all the MP candidates that the ANC has fielded for the sixth Parliament of South Africa, it becomes clear that none have the experience, record and understanding of matters of the continent than Dlamini-Zuma.

Top among the roles that she has occupied in this regard is being the chairperson of the African Union Commission. This would make her a firm pillar to the president and a key enabler of strategic political and economic relations.

3. The third reason is that Dlamini-Zuma has recently contested the position of presidency that was taken over by President Cyril Ramaphosa in a highly contested conference at Nasrec in Gauteng.

One of the greatest challenges that the president may face in his term of office could possibly be the stubborn tendency of factionalism.

This may slow down the pace of reform and delivery on the mandate that the electorate has given the ANC.

While Dlamini-Zuma has shown herself not to be a factionalist in the past, having contested in the list of President Thabo Mbeki in the 2007 yet served diligently in President Jacob Zuma’s executive, some may still use her name to fight their factional battles.

Appointing her to the role of deputy president may be a critical antagonist to the tendency towards factionalism and a symbolic gestures towards unity within the ANC.

4. Lastly and of critical importance is that Dlamini-Zuma is a (black) woman. The structural exclusion of apartheid and colonialism had the worst impact on black women.

To this day, we are dealing with the devastating effects of centuries of degradation, exclusion and marginalisation.

Women bear most of the brunt of this economically, political and socially.

The government needs to be able to fast-track the change of these relations and at the epicentre of this change, there needs to be a woman who is able to relate, prioritise and champion this change.

Obviously, one cannot ignore the fact that the ANC already has an elected deputy president who may or may not choose to avail himself to serve the sixth Parliament as the country’s deputy president.

It also cannot be ignored that the deputy president played a critical role in determining the outcome of the Nasrec conference.

To this, Ramaphosa may have some reluctance to substitute him.

Should this be the case, he does have the option of making Dlamini-Zuma the first prime minister of a democratic South Africa while leaving DD Mabuza as deputy president of the republic.