Why hasn’t Die Stem been tossed into the dustbin of history yet? 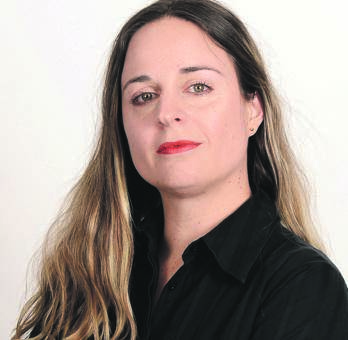 After Afrikaans singer Kurt Darren blithely butchered our national anthem at a rugby match last Monday night – less than two weeks before we mark 25 years of democracy – he was shocked that his negligence had made the news.

“Why on earth am I trending?” he asked, oblivious to his mangling of both the isiZulu and Sesotho words.

“I’m not going to disrespect our anthem, I love singing it. It is always an honour to sing our anthem. I woke up to this massive storm, and it’s so funny to me. Is it really news?” he told 702’s Eusebius McKaiser.

It is clear that like many whites who, after two and a half decades, still cannot sing Nkosi Sikelel’ iAfrika properly, Darren simply doesn’t get it.

I don’t get why a professional singer can be so sloppy as to botch a piece of music he should have learnt by now.

But I also don’t get why the Die Stem section of our anthem is still with us after 25 years, and why it hasn’t been tossed into the dustbin of history along with its visual equivalent, the apartheid flag.

Like many others, I refuse to sing that section of the anthem. Even as a child during apartheid, I refused to sing the triumphalist ode to Afrikaner nationalism and I will not do so now.

At my high school – situated in the ward where Chris Hani’s killer Clive Derby-Lewis was the municipal councillor at the time – I sat down when it was sung.

As one of a couple of pianists who accompanied the hymns for my high school assemblies, I also refused to play it.

There was nothing the teachers could say or do to persuade me.

In the mid 1990s, as a music teacher at a Model C primary school in Johannesburg, at a time when Die Stem and Nkosi Sikelel’ iAfrika were sung separately side by side, I was tasked with teaching the children (mainly white in those days) how to sing the full version of Nkosi Sikelel’ iAfrika.

Even the six-year-old Grade 1s managed it with aplomb, their tiny tongues pronouncing Woza Moya, Oyingcwele with relative ease.

In 1995, I had to learn how to play Die Stem on the piano for the first time, because the two anthems would be alternated weekly for school assemblies. Figuring that if Madiba could stand to attention while it was sung at the final of the rugby World Cup that year, I could try to show some respect.

But still I wouldn’t sing it.

Then in 1996, composers Mzilikazi Khumalo and Jeanne Zaidel-Rudolph – musicians I respect enormously – were tasked with arranging the fractious marriage between the Nkosi Sikelel’ iAfrica and Die Stem that we sing today.

The two must have scratched their heads, wondering how to combine an unfeigned African hymn, written by Enoch Sontonga in 1897, with the bellicose march penned by Reverend Marthinus Lourens de Villiers to CJ Langenhoven’s poem in 1921.

The plaintive hymn, with its lyrical melody and simple harmonies, had to be remixed with a march redolent of pre-World War 2 European nationalism, with its jingoistic melody and belligerent bassline.

They parcelled it up equally between the sections, which got about eight bars each, to ensure both former anthems were fairly represented in the new version.

The result, however, is a clash not only of musical styles, but of meaning. The entreaty to God to bless Africa is followed by Afrikaner triumphalism, a reminder of the very worst of our past.

While the anthem begins with a hymn, the memory of the apartheid guns gets the last word.

It is ironic, then, that a national anthem, which is supposed to be a rallying cry for unity among citizens during moments of pride, reflects so well the divisions among us.

The remix of Nkosi Sikelel’ iAfrika and the garish goose step is indicative of the contrived non-reconciliation we experience today.

And when rugby fans mumble or botch the isiXhosa and Sesotho sections of the anthem only to sing Die Stem at full blast, it only divides us further.

A year ago, I contravened my own convictions and sang the entire thing because I was needed to lead the singing of the anthem at my children’s school. It rankled so much, I haven’t done it since.

Last month’s outcry that greeted Songezo Booi, the deputy president of the Student Representative Council at the University of the Western Cape, who sat down in disrespect during the Die Stem part of the anthem during a graduation ceremony, was surprising.

Many of us, white and black, have been doing the same thing for years.

There is little difference between the old flag and the old anthem. What would happen if we were to toss it entirely? Those it would anger would soon get over it.

After an initial outcry over the replacement of the apartheid flag, those who opposed the new one were soon painting their faces black, green, red and yellow.

Let us abandon the march, and bring back the beautiful parts of Nkosi Sikelel’ iAfrika we no longer get to sing.

We live in a world where facts and fiction get blurred
In times of uncertainty you need journalism you can trust. For only R75 per month, you have access to a world of in-depth analyses, investigative journalism, top opinions and a range of features. Journalism strengthens democracy. Invest in the future today.
Subscribe to News24
Related Links
No need for divisions in SA, says Mabuza
The surreal moment when a Harlem choir sings Die Stem for Winnie
Kurt Darren on national anthem hiccup: 'It was unintentional and I take full responsibility'
Next on City Press
Local government in South Africa is broken: but giving the job to residents carries risks