Why I’ll never support the Springboks 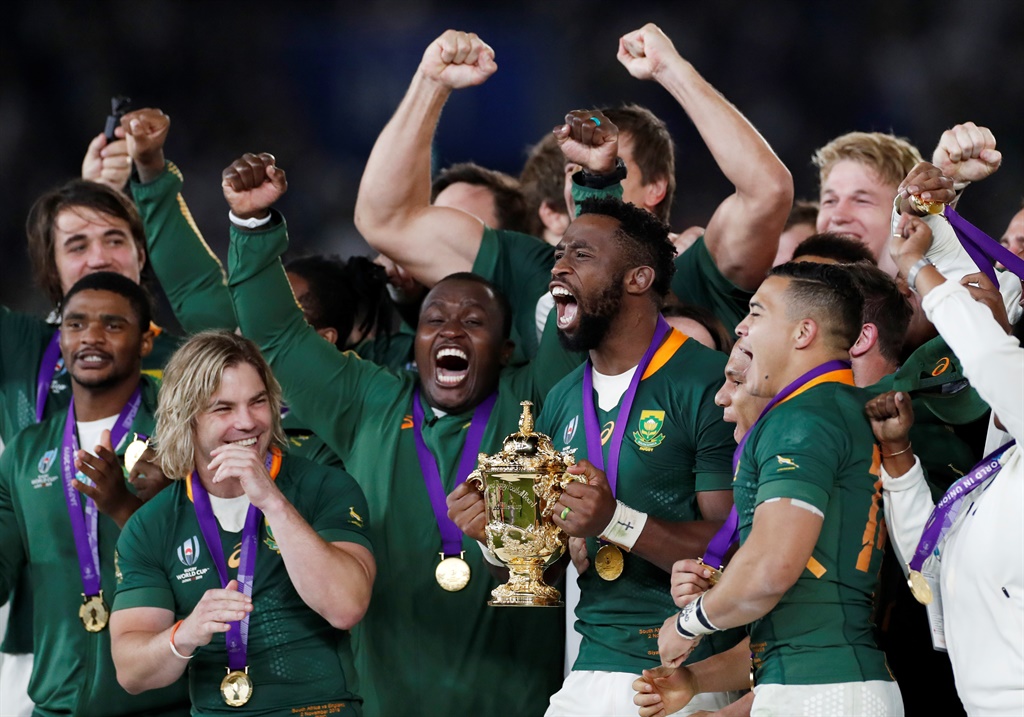 The national rugby team, even with its latest success under the captaincy of a black person, has not made me change my stance. I probably will never support the Springboks until the team truly represents South Africa.

Every time I see the Springbok emblem on the team jersey, I feel irritated and annoyed

Circumstances may have changed but this aspect of our lives has not changed a bit. The National Party and the Broederbond remain the true owners of the Springbok emblem. It continues to retain its identity as a mark of Afrikaner domination over black people.

There is not much difference in retaining the emblem and the continued inequality which started under apartheid. Our white compatriots still have the land and still control the economy in the same way they have control over the facilities and training of rugby players.

As black people, we continue to be tolerated and given crumbs. We are invited to celebrations when the Boks win and are reminded that we are a united nation when in fact the invite is to confirm our continued oppression. The noble intention of using rugby and the emblem have been and continue to be used against us. Like the national reconciliation project, we are always expected to give and not take.

According to SA History Online: “Throughout the first half of the 19th century rugby and the Springbok symbol became linked to Afrikaner nationalism and politics. Afrikaners viewed the success of the Springboks in international tests as a reflection of their accomplishments as a civilisation.

“The Afrikaners’ love of the team enabled former players to use their sporting stature to launch into politics, and nearly all former Springboks supported the National Party – the eventual architects of apartheid. Many Springboks and National Party members were also associated with an organisation called the Broederbond, a secret brotherhood of male Afrikaners whose sole aim was to advance the well-being of their people.

“The group played a crucial role in mobilizing Afrikaners during the months leading up to the National Party’s victory in the national elections of 1948.”

In 1995 Nelson Mandela gave real credibility to a sport and a team which were still a clear mirror of our apartheid past. He rallied the entire nation to a moment of love and togetherness. He created that moment when, even if a racist used the k-word against you, you would easily forgive them. In the process, he inadvertently institutionalised a symbol of apartheid sport.

The real problem was and remains the fact that the rugby team is still predominantly white both in terms of composition, attitude and thinking

On the face of it, the decision to allow the rugby team to retain the Springbok emblem was a bad move. However, in the context of nation-building it was not a bad decision after all. The real problem was and remains the fact that the rugby team is still predominantly white both in terms of composition, attitude and thinking.

Of course a barrier has been broken. Three black post-apartheid presidents have presided over the lifting of the Webb Ellis Cup. The third president had the privilege of a black team captain, and history books will record that. But that is as far as transformation in rugby has gone.

The Springbok emblem carries with it a history of pain and suffering for those who truly believe in non-racial sport.

Dennis Brutus and many other leaders of bodies supporting non-racialism in rugby were jailed or killed by the apartheid government. Their sin was the sin of many other black people who demanded their rightful place in society as human beings.

The Springbok emblem carries with it a history of pain and suffering for those who truly believe in non-racial sport.

It was the same apartheid government which criminalised political, economic, social and cultural activists. The Springbok, like all other apartheid emblems and marks of identify, was protected through a system of humiliating black people and stripping them of their dignity. It is therefore no different from any other apartheid symbol such as Die Stem.

On each of the three occasions when the Rugby World Cup was won by South Africa, the nation has “celebrated together”. In real terms, though, it was the black component of our society which crossed over to join the whites to celebrate these victories. There must be no confusion that there are many black people who inherently love rugby. Their love for rugby dates back to the times of colonialism and apartheid.

One of the main consequences of the exclusion of blacks from rugby was to deprive them of access to top-level facilities and training to enable them to be at the same level of competence with the Afrikaners. The reason for this exclusion was obvious.

Rugby had been institutionalised as a symbol of Afrikaner superiority and there was no way black people could be allowed to demonstrate that they were superior.

The current composition of the rugby team and its retention of the Springbok emblem are but a continuation of this agenda. Black rugby players and aspirant young black players will find it hard to don the Springbok jersey. This is an apartheid design which will continue until we rattle this cage.

The idea that rugby is a symbol of unity of the new South Africa is a fallacy. The winning of the Rugby World Cup just brings up momentary excitement and a delusion of a nation united. Central to the rugby team remains the agenda of demonstrating Afrikaner and not South African superiority.

Whether black players in the rugby team accept it or not, the reality is that, even with their obvious capabilities, they remain the inferior part of the team.

Since the 1995 victory and the indulgence Mandela and the ANC granted the Afrikaners, not much has changed. The current Springboks may no longer have a National Party to use as a springboard to political office and the Broederbond may have disappeared at least from the public view, but the racism still reigns supreme as it was.

The fact that some rugby players are allegedly caught in racist acts tells the true story of what has not changed.

If the true intention of retaining the Springbok emblem is to foster national unity and social cohesion, then we are nowhere near there. Over the years, we have heard so many excuses why certain black players cannot make the grade to don the Boks jersey. Rugby no longer and probably never needed quotas.

There has always been a sizeable pool of capable black rugby players. Their only sin has been being black and deprived of facilities and training.

With the number of black South Africans involved and passionately loving rugby, there is no reason we should still be debating transformation in rugby.

I will not congratulate coach Rassie Erasmus for appointing Siya Kolisi as captain and adding more black players than any other coach. He was not doing anyone a favour.

The team could have been even more representative of the demographics of our nation. I will not subscribe to the notion of half bread is better than nothing. The last black coach was humiliated in the same way black people were humiliated as part of using rugby as a tool to market Afrikaner superiority.

Modidima Mannya is an advocate, writer and executive director of legal services at Unisa

After the Springboks’ victory in Japan do you think it’s time to ditch the team’s emblem to foster unity?

SMS us on 35697 using the keyword SPRINGBOK and tell us what you think. Please include your name and province. SMSes cost R1.50. By participating, you agree to receive occasional marketing material

Related Links
Black DA leaders will never escape the label of tokenist leaders
Mmusi Maimane can’t change his spots
We can’t not speak out about foreign nationals because we fear offending the ‘friends of Africans’
Share
Next on City Press
Mondli Makhanya: Can the ANC’s rot be arrested?