Why was Moyo made to account but Manuel wasn’t? 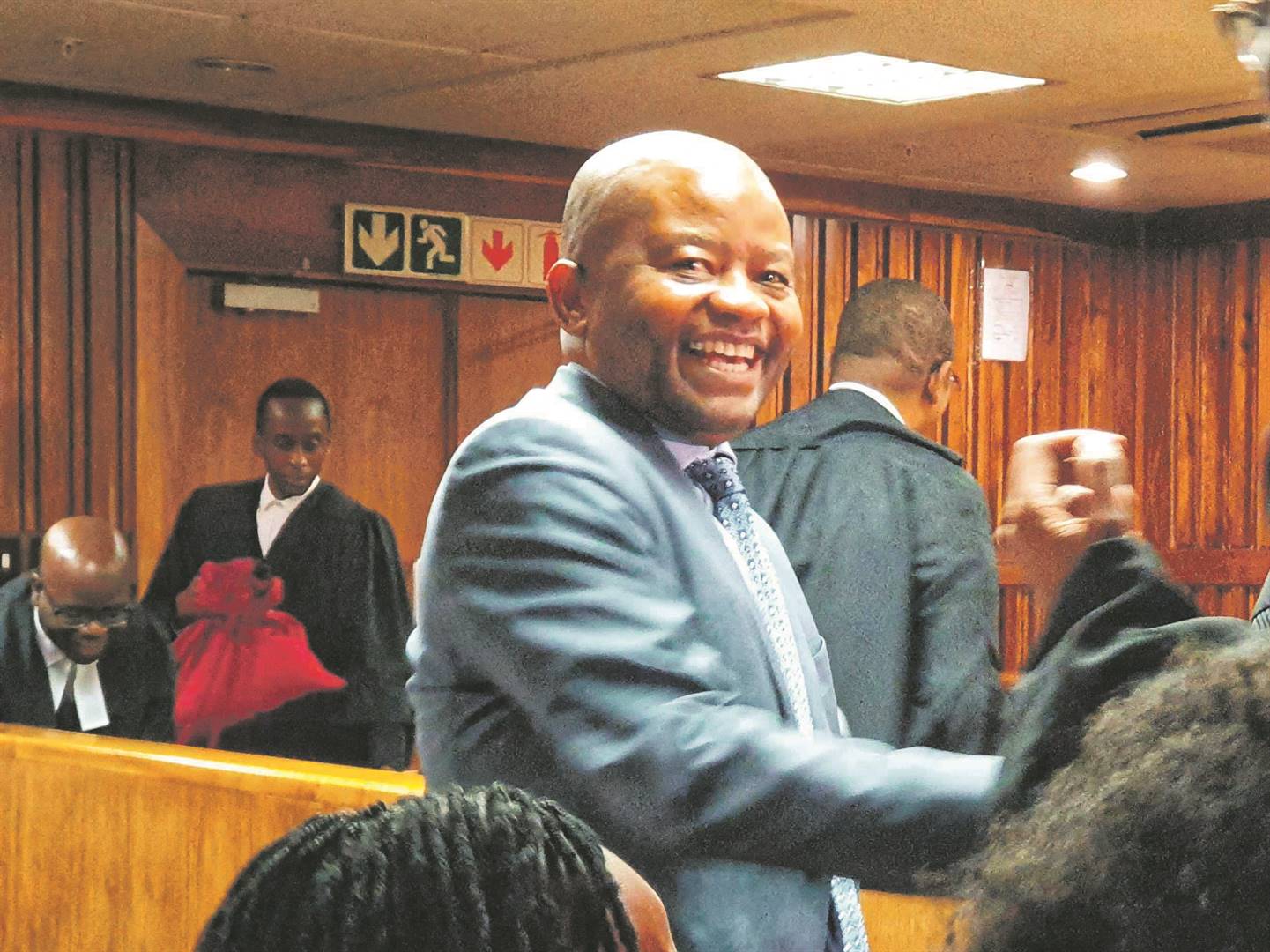 It’s peculiar that Moyo was made to account for his indiscretions, but Manuel wasn’t, writes Tebogo Khaas

The acrimonious separation of Peter Moyo and Old Mutual has thrust corporate governance, particularly conflicts of interest, squarely into the spotlight.

The resultant legal tango offered valuable insights and a unique opportunity to explore the growing debate on corporate governance in South Africa.

This occurs against the background of a recent ruling by the Constitutional Court in which public expectations of the highest standards of ethical conduct and integrity from senior public officials were reaffirmed.

Company directors, not least those working for a listed financial services behemoth, have a legal and moral duty to effectively manage conflicts of interest.

Filing declarations and setting up safeguards to manage known conflicts of interest are often the easiest, albeit most consequential, first steps.

There are consequences for failing to manage known conflicts effectively, which go beyond reputational damage or shareholder value erosion.

For instance, decisions that flow from poorly managed conflicted interests could be voided, and legal jeopardy would abound.

Principles of good corporate governance dictate that a conflicted individual must recuse themselves from participating in deliberations in which decisions they have a pecuniary interest in are to be made.

For the avoidance of doubt, recusal means physically leaving the meeting and not, directly or indirectly, partaking in deliberations or voting in matters in which a conflict exists.

When Moyo joined Old Mutual as CEO, a protocol was developed to manage known conflicts of interest.

Ostensibly, disagreements regarding payment of Old Mutual’s preference dividends are a central feature of the ensuing legal tango between Moyo and Old Mutual.

It is common cause that Moyo chaired the NMT Capital board meeting and voted on a decision in which ordinary dividends were distributed.

Old Mutual later cited NMT Capital as being in breach of the terms of NMT Capital’s preference shares agreement with Old Mutual.

Almost a year later, Old Mutual suspended and then terminated Moyo’s contract of employment, citing a breakdown in the relationship of trust and a lack of confidence.

The nature of Moyo’s alleged “indiscretion” seems innocuous, at best, or unintentional at worst, considering that he voted the same way as Old Mutual.

Curiously, in the preceding years, Moyo had reported Trevor Manuel’s serious corporate governance indiscretions to the board.

Moyo believes that his relationship with Manuel deteriorated from that point on.

Moyo approached the courts to challenge Old Mutual’s decision to fire him.

In the final analysis, the outcome of the litigation rested squarely on whether Moyo was fired for whistle-blowing – his argument – or termination of contract, per Old Mutual.

In his court papers, Moyo cited alleged misconduct as the primary trigger for his dismissal. Consequently, he argued that Old Mutual acted contrary to the provisions of the Labour Relations Act.

Allegations of a “triple conflict of interest” on the part of Manuel; Manuel “gunning” for him over his whistle-blowing of Old Mutual settling Manuel’s personal legal fees; Manuel’s “bullying”; and Old Mutual’s violations of the Constitution and the B-BBEE Act underpinned Moyo’s claims of unfair dismissal.

This project entailed delisting Old Mutual plc from the London Stock Exchange and listing it as Old Mutual Limited on the JSE.

It also included the assumption of a R5 billion contingent liability by Old Mutual Limited.

Rothschild stood to benefit substantially as one of the transaction advisers.

Although Manuel declared his known conflicts of interest during the meeting, he – ill-advisedly – remained in the room even though he didn’t partake in the decision.

Moyo believed his relationship with Manuel deteriorated from that point onwards, leading to events that brought him to court to seek relief.

In its answering documents, Old Mutual asserted that Moyo, “ineluctably, was the author of his own misfortune”, and dismissed his claims as mere red herrings, an afterthought and irrelevant to Moyo’s termination.

The company argued that its motive for terminating Moyo’s employment contract was the board’s loss of confidence and trust in its former CEO, and not misconduct.

In his detailed judgment, Mashile found, inter alia, that Moyo contextually satisfied the whistle-blower requirements as contemplated in the Protected Disclosures Act.

The court also accepted Moyo’s submissions that, although there were delays in remitting Old Mutual’s preference dividends, NMT Capital could not have intended to prejudice Old Mutual.

Crucially, the court also found that there was no “legal, moral or ethical basis upon which the acts or omissions of NMT Capital could be attributed to [Moyo as] an individual”.

It is peculiar, though, that Moyo was conveniently made to account for his indiscretions and Manuel wasn’t.

Of course, no act or omission of one director absolves the other.

But surely Old Mutual stakeholders and the public expect Manuel, a supposed avatar for integrity and selflessness, to account for his alleged indiscretions?

The drama that transpired on Moyo’s attempt to report for duty on Wednesday doesn’t augur well for Old Mutual.

It appears that the company is being used to pursue egotistic personal lawfare.

Although many people think that Old Mutual will not persist with what appears to be vexatious litigation, any lingering hopes that the parties could reach an amicable “managed separation” are disappearing fast.

Whatever the outcome of any negotiations between the parties, it is desirable that Manuel step down from Old Mutual.

This will save the company from collateral ignominy and reputational damage.

It is undeniable that Manuel wields immense political and economic power, which, if not properly exercised or checked, could be used to subvert principles of good corporate governance.

Moyo’s delictual claims, including his application to have all Old Mutual non-executive directors declared delinquent, will, expectedly, be heard at a later date.

Collegiality and trust between Moyo and Old Mutual directors, a significant majority of whom are black, could become a casualty should the parties be compelled to continue working together under Manuel’s stewardship.

Meanwhile, the SA Revenue Service should investigate what amounted to fringe benefits improperly enjoyed by Manuel to the prejudice of Old Mutual stakeholders.

Otherwise, the perceptions of double standards, including legitimate concerns of dual moral universes in our body politic, are at risk of being calcified.

It is regrettable that all this unnecessary corporate drama unfolds at a time when the global financial markets’ eyes are trained on our struggling economy.

Perhaps it has become exigent that findings by a court that a director failed to effectively manage conflicts of interest, or wilfully misled the courts, be deemed dispositive of the question of whether the said director was “fit and proper” to serve as a director of a company.

After all, sunlight is the best disinfectant.

We live in a world where facts and fiction get blurred
In times of uncertainty you need journalism you can trust. For 14 free days, you can have access to a world of in-depth analyses, investigative journalism, top opinions and a range of features. Journalism strengthens democracy. Invest in the future today. Thereafter you will be billed R75 per month. You can cancel anytime and if you cancel within 14 days you won't be billed.
Subscribe to News24
Related Links
Peter Moyo vs Trevor Manuel in David and Goliath court case
‘It’s not okay for leaders to get away with corruption’ – Manuel
Old Mutual shares fall after judge rules that CEO Moyo must be reinstated
Next on City Press
Book Extract | What happens when love is an addiction?