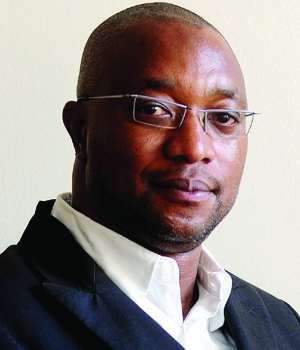 IT DOESN'T take much to change history. A little bit of good you do somewhere could, like a grain of pollen small enough to be carried by the wind, lead to a big tree. This could become the landmark for many souls who would otherwise be lost.

The Kenyan liberation politician, Tom Mboya, ­started a project called Airlift Africa with the African-American Students Foundation in the US. Mboya ­wanted to create a cadre of future African civil servants who would study in the US and come home to run ­Kenya after independence.

No one could have imagined the organisation’s ­significance. All great things start small and, in a relatively less-populated part of the world, affect only a few people. But they grow in stature over time.

One of the people who contributed to the fund was singer-songwriter Harry Belafonte. He also helped in Africa’s liberation struggle, including our own. And Miriam Makeba collaborated with him too. One of the beneficiaries of Airlift Africa was Barack Obama Snr, namesake and father of the incumbent US president.

Unknown to any of the chain of people who contributed to this at the time, they were playing a small part in the election of the first black president of the US.

North West Premier Obakeng Mahumapelo started a similar organisation called Kgetsi-Ya-Tsie Education and Skills Development Fund. The name translates into “a bag of locusts”, from the African saying that children in the same household will share whatever little food they may have, even if it consists of locust heads.

Now let’s multiply these “bags”. Phone your former schoolmates, tell them to give up alcohol for a time and donate what they save to their school’s Kgetsi-Ya-Tsie fund. Form a committee to make sure the school’s toilets are working. Get the pupils to work in the garden and learn to enjoy a clean, healthy environment.

Let your Kgetsi-Ya-Tsie pay for wealthier schools’ old library books and computers. In some schools teachers worry about not knowing how to use computers. Don’t mock them or laugh at them, volunteer to teach them.

You know your neighbours well. So you know who the really poor children are. Let your Kgetsi-Ya-Tsie ­administer its own bursary fund for those children.

Let us change the narrative and be known as a nation of givers rather than one of receivers. Let us unleash that generous spirit that made our nation survive the difficult times of the past.

Give less to the church – God doesn’t need all that money. He already lives in heaven. Spend less on caskets and funerals – the bodies of the dead have no purpose except to fatten the worms. Let us spend more on the living and extend the joys of life to include the destitute.

Let our children eat good food, not only because it prevents kwashiorkor, but to teach them a taste for appetising food along with a taste for life.

As a people, let us be reminded that we cannot claim to be civilised simply because we no longer wear animal skins, but because we take humanity to greater heights.

Do not just give money, but fill your bag with wisdom and let our children know that our people cannot be defined only through the frailties of humanity, like ­corruption and other ills.

Let our children know that the problems our country encounters are greatest in the imaginary realm. In reality, South Africans do not take credit for the countless houses they’ve built or the millions they’ve taken out of poverty. You do not see the new schools, only their broken toilets. You are blind to the new hospitals, but see only the clerks who steal medicines.

No, Kgetsi-Ya-Tsie is not wanting only to create ­another Barack Obama or Wangari Maathai, the first African woman to receive the Nobel Peace Prize and who also benefited from the Airlift Africa project. That has already been achieved.

One thing is for sure. We now know that all of us are agents who can change the course of history.

We live in a world where facts and fiction get blurred
In times of uncertainty you need journalism you can trust. For only R75 per month, you have access to a world of in-depth analyses, investigative journalism, top opinions and a range of features. Journalism strengthens democracy. Invest in the future today.
Subscribe to News24
Related Links
Friends & Friction: It’s time to rein in those bureaucrats
Friends & Friction: As they insult your proud Afro, just smile
Friends & Friction: Build a fire of knowledge that burns eternal
Next on City Press
PPC share moves raise suspicions

Sign-up to our newsletters and get the latest results and info in your inbox.
Voting Booth
President Cyril Ramaphosa has praised outgoing Chief Justice Mogoeng Mogoeng for his outstanding leadership and service. Do you agree?
Please select an option Oops! Something went wrong, please try again later.
He served well.
63% - 98 votes
He was too controversial
37% - 58 votes
Previous Results
The best of 2020
Can you guess who featured in our most popular articles from 2020?