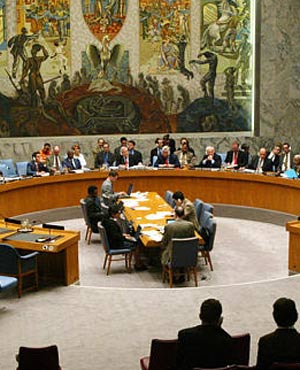 African countries remain the least compliant in implementing global nuclear security safeguards because of a lack of resources and know-how, making the continent vulnerable to terror groups.

Africa had by the end of last year on average implemented a third of the nuclear weapons safeguards required by the UN Security Council under its 1540 Committee, which oversees nuclear security globally.

That compares with 43% in Asia-Pacific, 83% in eastern Europe and over 90% in some developed economies, according to Professor Michael Rosenthal, an expert on the 1540 Committee.

While there were more than 1 000 nuclear sites around the world, only five of the continent’s 54 territories had nuclear sites, Rosenthal said, naming South Africa, Egypt, Morocco, Algeria and the Democratic Republic of Congo, whose facility probably wasn’t working any more.

“I think it is certainly a big threat,’’ Rosenthal said at the 77th biennial International Law Conference held in Johannesburg this month.

“The priority is to have action plans and determine the potential, whether it’s nuclear, chemical or biological.”

One explanation for the low compliance rate was that, as the continent did not have many nuclear sites, governments did not feel compelled to divert scarce resources to a perceived threat, said Rosenthal.

The 1540 Committee, so called because it was set up to police the implementation of UN Resolution 1540, requires all UN members to commit politically that they will not provide any form of support to non-state groups attempting to develop, acquire, transport or possess weapons of mass destruction.

All member nations are required to enact laws and adopt domestic controls that prevent the development and spread of such weapons.

This was the only UN resolution that was obligatory for all member states and required members to “control borders to combat illicit trafficking”, Rosenthal said in his presentation.

A report presented by International Law Conference experts calls for legal and political commitments to prevent the proliferation of nuclear weapons, while allowing peaceful use.

South Africa, which runs two nuclear power stations generating about 5% of its output, plans to add 9.6 gigawatts of nuclear power by 2030, a project critics have said was too expensive at R80 761 per kilowatt.

We live in a world where facts and fiction get blurred
In times of uncertainty you need journalism you can trust. For only R75 per month, you have access to a world of in-depth analyses, investigative journalism, top opinions and a range of features. Journalism strengthens democracy. Invest in the future today.
Subscribe to News24
Next on City Press
SA’s localisation debate finds no middle ground

Sign-up to our newsletters and get the latest results and info in your inbox.
Voting Booth
President Cyril Ramaphosa has announced that SA’s vaccine passport plans are coming on. What are your thoughts?
Please select an option Oops! Something went wrong, please try again later.
We cannot be forced
31% - 43 votes
It’s critical
23% - 32 votes
Vaccines save lives
46% - 65 votes
Previous Results
The best of 2020
Can you guess who featured in our most popular articles from 2020?