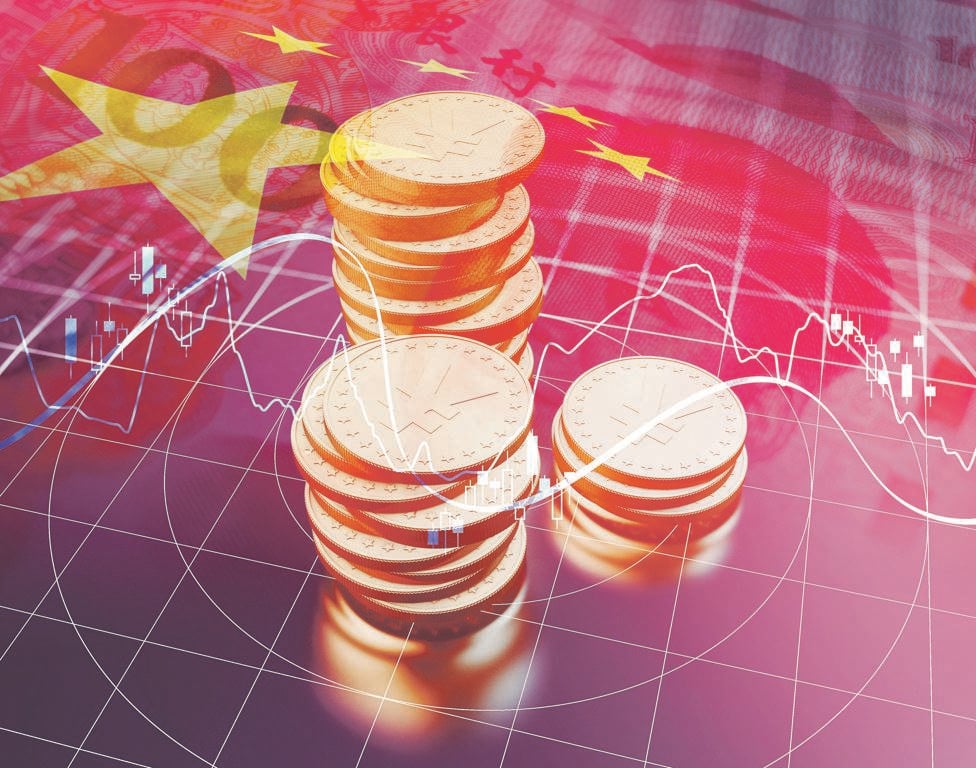 As China’s growth model runs out of runway, some of its African trade partners will begin to feel the pinch of slow industrial exports.

China’s spectacular growth has been one of the key economic stories of the global economy over the past 20 years.

Since the turn of the century, its GDP has increased by more than a factor of 10.

This has had a significant effect on the outside world, not least in Africa, where many countries count China as their largest trading partner.

However, this vast engine of growth is slowing.

Official figures show that GDP growth dipped to 6.2% year on year in quarter two, the slowest since 1992.

Growth of 6.2% would be very strong for most economies, but China was growing at double-digit rates for most of the 2000s.

Whatever the precise figure, it’s clear that the economy has already slowed, and we can expect further deceleration over the coming years.

It’s important to understand that this is a gradual slowdown, not a sudden crisis.

Despite worries about the US-China trade war, we estimate that the dispute has only cut growth by a third of a percentage point.

The real problem is that China’s investment-led, export-driven growth model is running out of runway.

As large as China is, there’s still a limit to the number of power plants, railways and other capital stock that it needs.

Indeed, China already has about three times more capital stock per person than other Asian economies did when they were at a similar income level in the 1970s.

Whereas small Asian economies such as Taiwan or South Korea could rely on exports to power growth, this isn’t possible for China.

The country already plays such a big role in global trade that exports can no longer be the key source of economic growth.

Unfortunately, policymaking seems likely to hinder rather than help.

Instead of liberalising, as other successful Asian economies did, Beijing appears intent on retaining control over much of the economy.

State intervention is already harming productivity, and this will get worse.

It’s harder for economic planners to allocate resources effectively as a country gets richer.

The upshot is that China’s long period of outperformance is likely to end, and that trend growth will be just 2% by 2030.

This figure might sound shocking, but it would only imply that China is finally converging with the path of a typical emerging economy at its income level.

So how will China’s transition into a normal, albeit very large, economy affect South Africa and other economies in the region?

There are two key economic linkages between China and Africa.

The first is trade – China bought $99 billion worth of African goods last year, more than any other single country.

So will a slower-growing China demand fewer African goods? It depends.

The growth in demand for industrial metals and bulk commodities – such as South African iron ore – may weaken as construction spending eases.

Commodity prices might not fall but they almost certainly won’t return to the highs of recent years.

While the rate of China’s import growth will slow, the actual volume will remain very high.

If demand does waver, the effect will fall disproportionately on a few African economies.

Angola, Zambia and the Democratic Republic of Congo will be the worst hit – their exports to China make up more than 10% of their GDP.

In South Africa, by contrast, the figure is 7.4%. Elsewhere, the effect will be smaller – the four countries mentioned above make up 63% of Africa’s exports to China.

Some major African economies – notably Nigeria – export almost nothing to the country.

In fact, a slower growing China might actually help some African exporters if the country transitions away from investment and towards a more consumer-focused growth model.

Higher consumer spending could boost demand for goods such as coffee, cocoa and – importantly for South Africa – wine.

Adapting to this transition will be difficult, particularly for countries that only produce industrial metals.

Zambia doesn’t have a lot to sell beyond copper.

The other key economic link between China and Africa is investment.

In 2017, Chinese money funded a quarter of all infrastructure investment in the region.

China’s outward investment has slowed a touch in recent years, due partially to a clampdown on illicit financial flows.

We think that it will pick up, despite slower growth at home.

This is especially true in the countries that have signed up to China’s Belt and Road Initiative, which is an infrastructure development and investment strategy that the country has put in place in more than 150 countries worldwide.

Despite a media narrative that Beijing is only after African resources, Chinese firms are often active on the continent in order to find new markets for their products rather than to serve demand back home.

Slower growth in China is probably inevitable, and this will drag on some African economies, particularly those that only export industrial metals. But the country will remain a key client, and its firms will only increase their involvement in the region.

Ashbourne is a senior emerging markets economist at Capital Economics

We live in a world where facts and fiction get blurred
In times of uncertainty you need journalism you can trust. For 14 free days, you can have access to a world of in-depth analyses, investigative journalism, top opinions and a range of features. Journalism strengthens democracy. Invest in the future today. Thereafter you will be billed R75 per month. You can cancel anytime and if you cancel within 14 days you won't be billed.
Subscribe to News24
Related Links
Namibia courts Chinese cash
Malawian kids embrace China: New names, language and belief system
How a local train builder lost billions as Transnet awarded massive tenders to Chinese company
Next on City Press
SA must brace for huge fuel price hike next month – experts