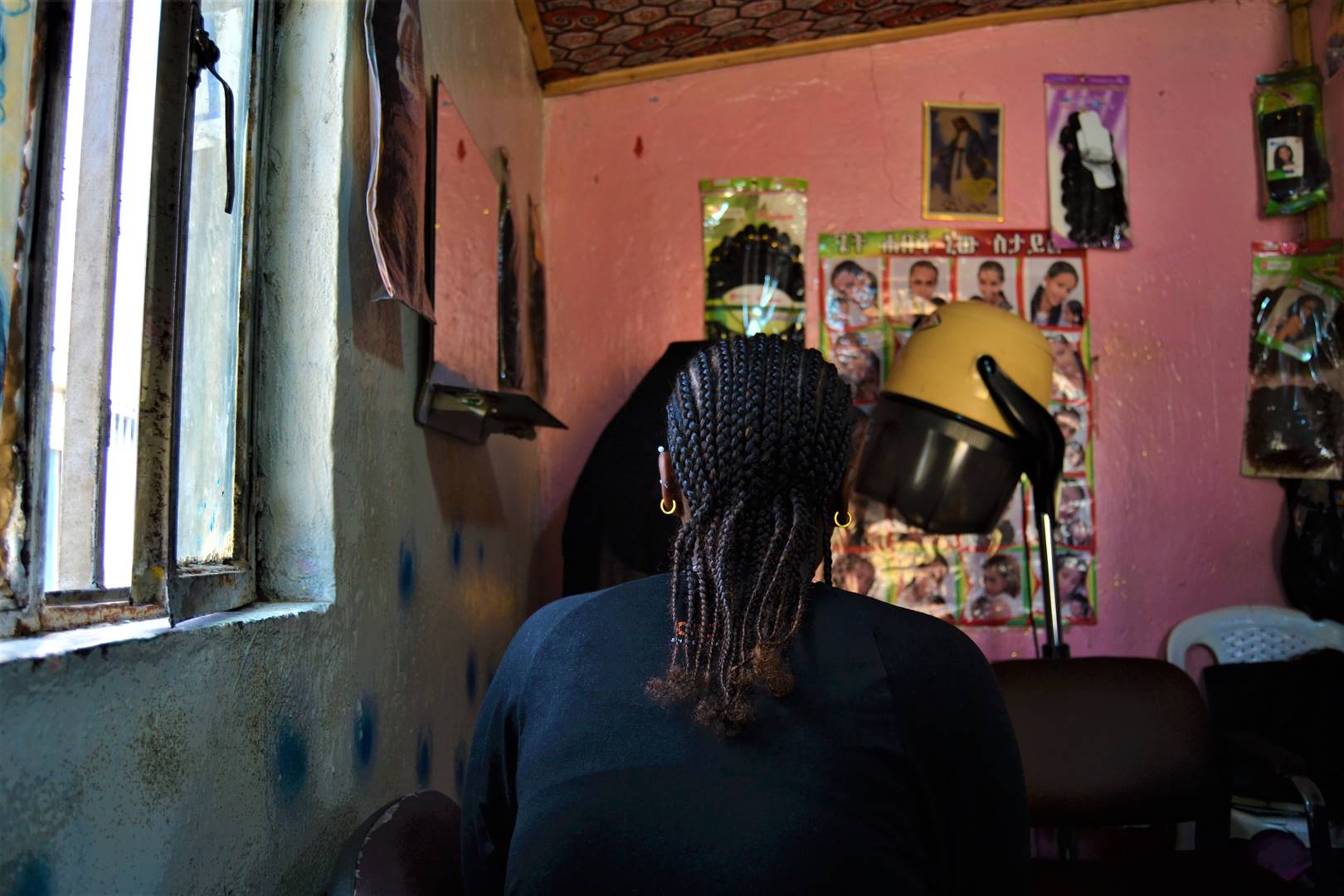 little choice A commercial sex worker poses from the back in a beauty salon in Addis Ababa picture: reuters

As an Ethiopian working as a maid in Dubai, life was far from easy for Yemisrach. But when the coronavirus pandemic struck, forcing her to return home and take up sex work, things got a whole lot worse.

Hiding her bruised face behind dark glasses, Yemisrach said she had been beaten savagely the night before by a client who refused to pay her and then became violent.

“I just want to get out of this dirty job ... It does more harm than good,” said Yemisrach (28), who asked to be identified only by her first name, in the Ethiopian capital’s biggest red-light district.

“I’m staying with the job because I don’t have other alternatives,” she said.

More than 15 000 women migrants have returned to Ethiopia since April 2020, according to UN data, and some like Yemisrach have become sex workers – putting them at an increased risk of violence or trafficking, local charities warned.

The migrants – some deported, some voluntarily repatriated after losing their jobs–- have been helped by the government and charities to return home to remote villages and towns across the vast Horn of Africa nation.

But many returnees have opted to stay in Addis Ababa – ashamed to go back empty-handed to families who have sometimes taken out loans or sold property to finance migrants’ journeys, as they usually send home a share of their earnings.

Every year, it is estimated that tens of thousands of Ethiopians travel illegally to the oil-rich Gulf states in search of better paid work. Many end up exploited as maids or on building sites.

He said lockdown curbs had made it harder for campaigners to contact sex workers, with the fear that some penniless ex-migrants could be lured back overseas by brokers or traffickers.

“The returnees will try any means necessary to go back to the Middle East,” he said.

It has increased so much. There are no rooms left to rent. Most women stand on the asphalt road
Yenenesh Tilahun

The capital’s informal red-light district, Sebategna, is near Merkato, the city’s largest market, and hundreds of women rent tiny rooms in the neighbourhood for up to 300 birr (R112) a day, earning as little as 50 birr (R19) for sex.

Yenenesh Tilahun, a former migrant worker who runs a beauty salon near where Yemisrach works, said she had noticed an increase in the number of sex workers since the pandemic struck. Many are clients who told her they used to work abroad.

“It has increased so much. There are no rooms left to rent. Most women stand on the asphalt road,” she said, while straightening the hair of one of her sex worker customers.

“These days, Arab countries are closing their doors. These women have no alternative to sustain themselves when they come back other than entering sex work,” she said.

Sex work is widespread in Ethiopia and an estimated 210 000 women are sex workers, according to government data.

Some use it as a way to save enough to pay smugglers to take them to the Gulf or Europe in search of a better life.

While prostitution is not illegal in Ethiopia, four sex workers interviewed by the Thomson Reuters Foundation said they were often harassed, beaten, robbed by clients and felt looked down upon.

Two of the women said they felt abandoned by the state after returning home last year, despite promises of support, and most charities halted their activities at the start of the pandemic, leaving them to fend for themselves.

A spokesperson the ministry of labour and social affairs said he could only comment on legal migrants, not irregular ones, and referred questions to the peace and foreign affairs ministries who were not immediately available to comment.

For Ikram, who has been selling sex in Addis Ababa since being deported from Yemen a year ago, home remains a distant dream.

“I don’t know when I’ll go back because my father spent a lot of money on me,” the 25-year-old said, declining to give her full name.

“It hurts you psychologically when parents invest a lot in you, expecting some return, but you come back empty-handed.

“You’re not even able to survive on your own, let alone supporting them ... That’s why we end up here.”

We live in a world where facts and fiction get blurred
In times of uncertainty you need journalism you can trust. For only R75 per month, you have access to a world of in-depth analyses, investigative journalism, top opinions and a range of features. Journalism strengthens democracy. Invest in the future today.
Subscribe to News24
Related Links
The sex industry is too white for my liking
Lockdown ‘hell’ for sex workers
Eastern Cape to make sex work safer through decriminalisation
Next on City Press
SA could take a chunk of $83 billion medicinal marijuana business