From humble beginnings to R200m: How Ditikeni has grown over 20 years Dividends earned over the past 20 years total about 10 times the amount NGOs originally invested to establish Ditikeni, writes Martin Schneider

Once a prosperous railway junction, Alicedale in the Eastern Cape became a dusty outpost after state-owned enterprise Transnet retrenched workers in 1995.

Phumla Gojela vividly remembers the onset of hard times and particularly the increase in abuse of women.

“Women are forced to obey men even if they are doing something bad to them,” she says.

“Women are not allowed to be vocal in their homes when men are talking. If they do so, the man will beat the woman.”

Within three years of the retrenchments, Gojela established CARE, an empowerment initiative for victims of gender-based violence, that has developed into a thriving organisation providing women with support ranging from an income-generating gardening and poultry project to a crèche and a home-based care programme.

Operating in a poor and marginalised rural community with little means, CARE, under Gojela’s leadership, has sustained its activities over much of the past 20 years through annual grants from the national Social Change Assistance Trust (SCAT).

In turn, SCAT has partly sustained its funding of CARE and numerous other community-based organisations through its shareholding in Ditikeni Investment Company.

Ditikeni was established 20 years ago following a bold but speculative decision by SCAT and 23 other NGOs to reduce their dependence on foreign donor funding, which sustained many of them during the apartheid years but began to dwindle after South Africa’s transition from apartheid to democracy in 1994.

Dividends would be used by the NGOs to fund their activities.

While numerous other NGOs declined to participate in the venture on the grounds that investment in unlisted companies was too risky, the decision to establish Ditikeni has paid handsome dividends.

Today, Ditikeni, which means “something to lean on” in tshiVenda, has net assets of R200 million, with investments in five listed and 12 unlisted companies.

It has paid R32 million in dividends to its NGO shareholders, who provide services to an estimated 2 million people in poor and marginalised communities.

Of the 24 founding NGOs, 17 are still shareholders in Ditikeni today.

Dividends earned over the past 20 years total about 10 times the amount the NGOs originally invested to establish Ditikeni.

In recent times, the company has also been able to pay special dividends amounting to as much as R3 per rand originally invested in Ditikeni by the NGOs.

The dividends have constituted a significant part of the overall funding the NGOs have managed to raise over the past 20 years and have contributed to their resilience and sustainability.

“We’ve been on a 20-year journey and it’s been tough at times, but we have cause to celebrate,” says Ditikeni chairperson Sarah Ryklief.

“We have established ourselves as attractive BBBEE partners. We have a strong balance sheet. We have maintained good corporate governance practices and built a sound reputation for straight dealing.” 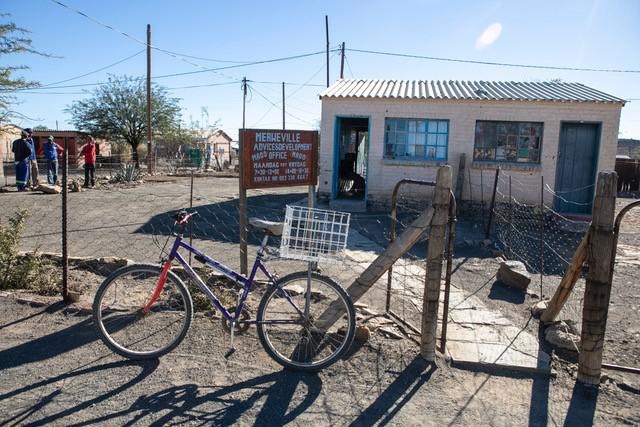 Dividends from Ditikeni have helped the NGO shareholders to remain sustainable, explains Ryklief.

“They work in an environment where there is an overwhelming need for social services by people who are largely poor and cannot pay for services. They need to be innovative to bolster their limited funding and reach as many people as possible, and Ditikeni has proved to be an effective way to do this.”

HOW DITIKENI SHAREHOLDERS HAVE BENEFITED

Ryklief’s statement on the value of dividends is backed up by NGO shareholders.

The Centre for Early Childhood Development (CECD) has reserved the significant growth in its dividend income to build an endowment to bolster its sustainability.

“Ditikeni has made a significant difference to the thinking of the CECD, and the way that we sustain our organisation,” explains CECD director Professor Eric Atmore.

“Being part of an innovative funding initiative has guided our thinking on how to grow our resources in a self-sufficient manner, rather than simply through seeking more funding from donors. It has inculcated a sense of self-sufficiency in the organisation.”

SCAT, which has been in operation for 35 years, says the organisation would not have survived “some challenging years” without Ditikeni support.

“Dividends from Ditikeni have helped with daily running costs and, more recently, with all of our programmes funded by donors and dividends from other investments, it has enabled us to build up our own reserves,” says SCAT director Joanne Harding.

“In the past two years we have been able to move the income from Ditikeni to our reserves and this has helped us build our own sustainability.”

Ensuring sustainability is also one of the benefits from dividends identified by The Centre for the Study of Violence and Reconciliation, whose executive director Nomfundo Mogapi says: “We have been able, through their support, to continue with our operations and to cover gaps when funding was tight.”

The return on investment in Ditikeni is of “paramount importance” to the New World Foundation (NWF), says director Jan de Waal.

“Ditikeni supports and secures the sustainability of the organisation in general and helps to fund and run many aspects of the NWF, including an early childhood development centre, children and youth development programmes, parenting training, and various training programmes such as job readiness, computer training, home-based care training and adult education. It also enables us to provide counselling services, support groups, a women’s centre, and a safe house for women and their children.” Nomabelu Mvambo-Dandala, executive director of the Diakonia Council of Churches, an ecumenical inter-church agency that works with church organisations and social justice groups, says dividends from Ditikeni have helped to maintain running costs, pointing out that most other funders are not keen to support operational expenses.

“Ditikeni does a good job and the returns are very good every year. It’s not just another investment vehicle, but an active partner,” says LRS director Trenton Elsley.

Schneider is a freelance writer

Related Links
SA needs some honest chats about the root cause of rape and violence
‘She could have been saved’: Distraught aunt of 18-year-old stabbed 25 times, then set alight
R3000 bail for man who confessed to killing girlfriend
Share
Next on City Press
Creating opportunities, growing health: Moringa – the money plant