Gas can save Mpumalanga as coal declines 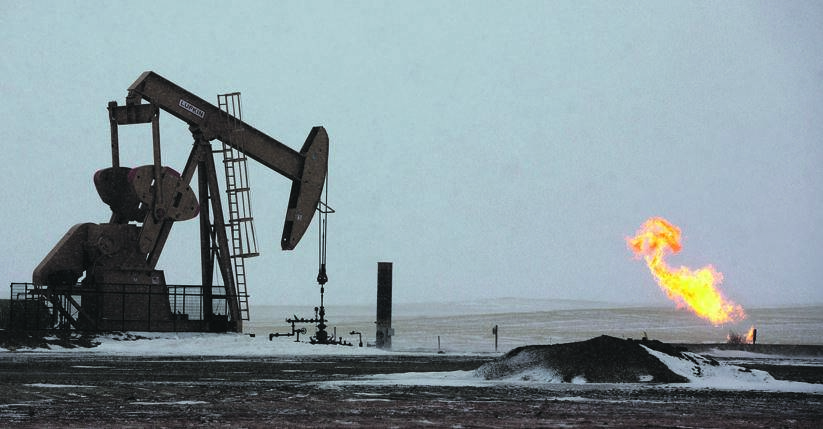 Natural gas flares are seen at an oil pump site outside North Dakota in the US. Experts say Mpumalanga coal mines should switch to gas as exports decline. Picture: Reuters

It is “imperative” that gas-fired power plants be established in Mpumalanga to minimise job losses and ensure a just transition as aging coal-fired power stations close down, said energy consultant Darryl Hunt at the annual Africa Energy Indaba in Cape Town on Wednesday.

As coal-fired power plants, mostly situated in Mpumalanga, are to be decommissioned in the coming years and only 1 500MW of new coal was included in last year’s Integrated Resource Plan (IRP) up to 2030, the economy underpinning entire communities in the province is in danger of collapse.

With South Africa a signatory of the 2016 Paris Agreement to reduce carbon emissions, banks and investment institutions are moving away from financing coal power production. Further, South Africa’s coal exports of 24 million tons to India are expected to dry up in three years, said Hunt.

The Institute for Energy Economics and Financial Analysis said 48% of South Africa’s coal exports out of Richards Bay Coal Terminal in KwaZulu-Natal went to India in 2018, which has a “clearly stated policy of reducing reliance on coal imports”.

Hunt said the fall in the coal exports would set South Africa’s coal industry on a downward trajectory, it was just a matter of how steep and fast the trajectory would be. “I think the coal cliff will be steeper than we think.”

However, he believed that coal-fired power stations in Mpumalanga could be switched to gas, and it was “critical to evaluate that possible economy”.

“There is a massive opportunity on power sites currently consuming coal,” Hunt said.

He said gas from Mozambique’s Rovuma Basin, the biggest natural gas find in recent history, could be shipped as liquefied natural gas (LNG) to Maputo and piped into the country through the existing Rompco Pipeline which enters South Africa at Komatipoort and extends to the Sasol plant at Secunda in Mpumalanga.

Alternatively, LNG could be imported at Richards Bay and fed up the existing pipeline to Secunda.

The Secunda-Richards Bay pipeline was currently used to pipe methane, a by-product of Sasol’s coal-to-liquids operations.

Additionally, our own coal-bed methane found in Ermelo could be used for power generation in Mpumalanga.

I dream of a union movement focused on partnerships for productivity and growth
Retired executive director of the SA Oil and Gas Association, Niall Kramer

Although gas did not create as many direct jobs as coal, as it was not handled directly, jobs in support services would be maintained to a large degree.

While Mpumalanga was not the best place for wind and solar energy plants, these could also be established in the province, with the compromise on energy efficiency sacrificed to provide jobs in existing coal-dependent communities.

The recently retired executive director of the SA Oil and Gas Association, Niall Kramer, said the technical issues around where we are going to get gas and how to transport it to where it was needed could be solved to ensure a just transition from coal.

Other issues, such as the power of the labour unions, skills transfer and what jobs would be lost were of concern, said Kramer.

These issues were not particularly well plotted or clearly communicated and there needed to be better partnership between industry, government and investors.

“I dream of a union movement focused on partnerships for productivity and growth,” he said.

There was also debate at the Africa Energy Indaba over whether a gas pipeline from Mozambique’s northern province to South Africa was feasible in order to benefit from the natural gas in the Rovuma Basin, but most experts were sceptical.

Kramer said the cost of setting up a pipeline, which would cross at least 1 700km of territory before entering South Africa, did not balance with the local market demand.

He said it would make more sense to import the gas we needed as LNG.

There’s no point having the whole plan mapped out only to discover there’s an essential link [such as the availability of FSRUs] missing
Retired executive director of the SA Oil and Gas Association, Niall Kramer

Hunt said there were technological developments in the LNG supply chain which meant we did not have to “be married” to expensive infrastructure builds for 20 years.

He said Floating Storage Regasification Units (FSRUs) were like the Uber of the gas industry.

Rather than building a terminal at a port to regasify LNG for industrial use, an FSRU could be hired on a daily rate, which also took away the risk of having stranded assets.

“In the meantime, we can get our [gas] exploration and above-ground risk sorted out and pull the trigger on our resources depending on the global situations.”

But Kramer warned there were a limited number of FSRUs available globally. He said Pakistan was committed to seven FSRUs and India was “charging ahead” with its switch from coal to other technologies so it was important to plan properly.

South Africa had a lead time of three to four years and all the elements of the LNG chain needed to be carefully mapped.

“There’s no point having the whole plan mapped out only to discover there’s an essential link [such as the availability of FSRUs] missing.”

We live in a world where facts and fiction get blurred
In times of uncertainty you need journalism you can trust. For 14 free days, you can have access to a world of in-depth analyses, investigative journalism, top opinions and a range of features. Journalism strengthens democracy. Invest in the future today. Thereafter you will be billed R75 per month. You can cancel anytime and if you cancel within 14 days you won't be billed.
Subscribe to News24
Related Links
Mozambique gas can spur SA construction and manufacturing sector
Eskom waiting for government on 3 000 megawatt gas-fired plant
Eskom revives pebble beds
Next on City Press
Ubank placed under curatorship, customers monies safe for now