Indonesia, much like China and India, is looking to strengthen economic and trade ties with South Africa and the rest of the continent.

The country says it is ready to cooperate with African states and wants to play a more active role in boosting the continent’s economic recovery following the Covid-19 pandemic.

City Press spoke to Indonesian ambassador to South Africa Salman Al Farisi after this year’s edition of the Africa-Indonesia Journalist Programme, which is usually held in the Indonesian capital Jakarta, but took place virtually because of the pandemic.

In the African region, Indonesia only has a strategic partnership agreement with South Africa. The country is the most influential in the region, playing a major role in the African Union and the Southern African Development Community [SADC].
Al Farisi

“South Africa needs to continue to maintain its position as the captain of development for the African region. The country is important for the whole continent’s developmental agenda. At the same time, Indonesia can become an entry point for South Africa to establish mutually beneficial deals with the southeast Asian region,” said Al Farisi. 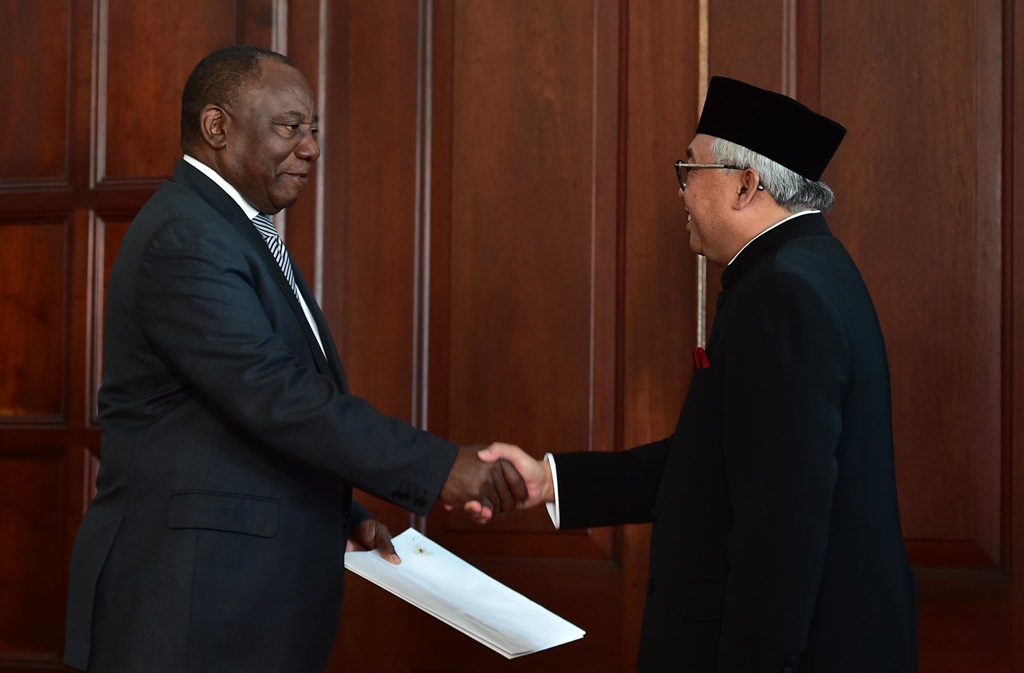 According to the World Bank, Indonesia is the largest economy in southeast Asia. The World Bank’s Indonesia Economic Prospects report states that the country’s economic recovery was relatively gradual until the first quarter of this year, and that it is projected to rebound by 4.4% this year and accelerate to 5% next year.

Indonesia is also the world’s fourth most populous country, with an unemployment rate of 4.11% and a poverty rate of 9.78%.

The picture is vastly different in South Africa, whose expended unemployment rate sits at 44.4%, according to Stats SA.

SA Reserve Bank governor Lesetja Kganyago said the Reserve Bank’s GDP growth expectations for South Africa were 2.3% for this year and 2.4% for next year.

Al Farisi said that, even though the pandemic had made things worse for South Africa, the country’s unemployment crisis began long before Covid-19 arrived.

“South Africa has a dual economy and the highest level of inequality in the world. This dual economy is the main cause of inequality and exclusion. More than 20% of the poorest people consume less than 3% of total expenditure, while the richest 20% consume more than 65%,” he said, adding that unemployment and inequality in the country were a reflection of the high skills gap and low quality of education in black communities.

“Most of the population is an active but unskilled workforce. This happened as a direct consequence of apartheid policies in the past. It is difficult to expect a partial and sporadic approach to be successful in overcoming the unemployment crisis in South Africa. Structural and comprehensive reforms of various sectors are needed to end this unemployment crisis," he said, adding:

“Vocational education in Indonesia is programmed to link and match with industry needs. The Indonesian government also gives serious attention to entrepreneurship.

“Various supports and incentives from the government are given to small, medium and even micro businesses. A special ministry was formed to take care of these SMMEs. A state-owned bank is also assigned to provide facilities for SMMEs.” Speaking during the virtual programme, Indonesia director-general for information and public diplomacy Teuku Faizasyah said the Indonesian government had, through its railway manufacturing company BUMN Inka, just completed a train order from Zambia.

The company is also working on the construction of train lines in the Democratic Republic of Congo, as well as in Mali and Senegal.

“We want to have further discussions with the South African government regarding the development of a joint supply hub for vaccines and other medicines for the SADC region and southeast Asia,” he said, adding that cooperation between the two countries would reduce their dependence on developed countries’ vaccines.

He also spoke about the role that the Indonesia Eximbank could play in increasing the value of trade and economic relations between that country and South Africa.

The state-owned bank, through its National Interest Account scheme, a special facility that supports exports to non-traditional markets, provides financial facilities to investors and traders from abroad.

Indonesia Eximbank currently has a digital holding to encourage Indonesian SMMEs to enter the marketplace and e-commerce in Africa.

For example, it has financed the export of aircraft by PT Dirgantara Indonesia to Senegal.

It has also financed the construction of 3 950 apartment units in Algeria carried out by PT Wijaya Karya.

“With trade values between Indonesia and South Africa still very low, at about $1.1 million [R18.65 million] to $1.3 million, traders and investors in these countries can use the bank’s facilities and increase trade volumes between the two countries,” said Al Farisi.

He said Eximbank would provide financing for transactions or projects that were categorised as not being financed by banks but had prospects to increase national exports and trade.