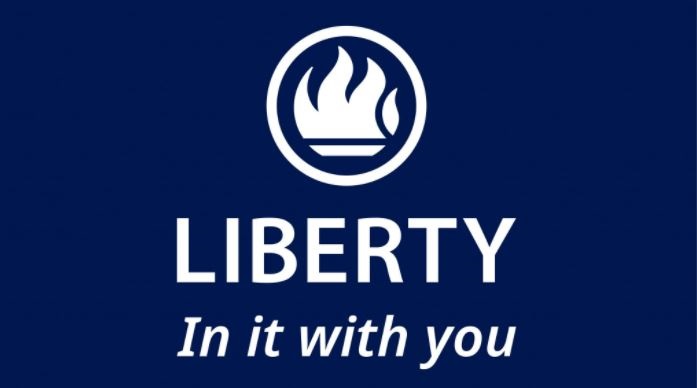 Liberty Group’s decision to reduce the benefits of underperforming financial advisers has raised concerns, with some branding this move an exploitation of workers. Photo: Supplied

Liberty Group’s decision to reduce the benefits of underperforming financial advisers has raised concerns, with some branding this move an exploitation of workers.

Carol Stevens*, a financial adviser with the group’s agency unit, told City Press this week that the decision was taken early last year not to contribute towards the pension and medical aid schemes of advisers who failed to meet their targets.

She said the workers were being exploited, an allegation Liberty did not respond to on Friday. But, the group did confirmed that the decision was taken early last year – before the outbreak of the Covid-19 pandemic.

Stevens also claimed that when the pandemic broke out last year, medical aid subsidies of financial advisers who failed to meet their targets, were also cancelled.

“In the years prior to the Covid-19 pandemic, Liberty made changes to the remuneration packages which it provides to its tied financial advisers. The criteria applied include a basket of factors – such as targets, retention of clients and achieving minimum service standards to meet client outcomes,” the group said on Friday.

It said these factors were then aggregated and the result – referred to as validation level – applied to financial advisers.

“Should a financial adviser not achieve an appropriate validation level, the remuneration of that financial adviser may be affected. This would in turn lead to a reduction of the retirement fund contributions and the medical aid subsidy,” the group said in a statement.

Stevens said they were not coping with this new arrangement. “The group has put pressure on financial advisers to put profit-making and business interests first instead of the needs of clients. This, in some instances, has resulted in unethical conduct as some of my colleagues have offered advice to their clients to invest in high risk investments so they can make money for the group, which is an unethical conduct,” Stevens said.

READ: Paying off debt requires a plan. Here's how to get started

She said these decisions were taken by the group last year but only implemented this year.

Under severe pressure to perform, Stevens said some of her colleagues had quit because there was no platform to raise their issues as they were not unionised.

Stevens said her colleagues, whose contracts were signed before March 1 2005 and belonged to the group’s medical aid, Libcare, were allowed to retain their subsidies irrespective of their validation.

She said this protected a certain racial group. She added that they were also not allowed to look for their own medical aids unless they joined their spouses’s schemes as dependants.

“Those who are single are suffering as a result because they can’t opt for cheaper schemes. For example, someone who was paying R4 500 now will have to contribute almost R10 000 monthly after the subsidy has been taken off. Some people cannot afford the group’s medical scheme [anymore]. This is not in the interest of advisers and clients, but of the group. This is unfair to others,” she said.

Stevens said they had also been threatened that their contracts would be terminated if they failed not meet their targets regardless of their tenure in the group.

“Some of us have been in the group for more than a decade. This is tantamount to emotional abuse and it disadvantages the clients because we are going to protect our self-interests and those of the group to make sure that we meet the targets,” she said.

Liberty did not respond to the allegations relating to the unethical conduct and alleged threat to terminate contracts for underperforming advisers. The group only said the validation level principle applied equally to financial advisers, irrespective of their tenure.

“We have internal process, including the National Financial Adviser Forum, for complaints to be fairly address. Liberty has a strong commitment to diversity and transformation in relation to the intermediaries who represent Liberty when marketing its products,” it said.

The group said during the pandemic it has provided financial support with no repayment obligations to its financial advisers to help them through difficult times. This allowed them not to worry about their own finances while advising clients.

“This is part of broader initiatives within Liberty to support our communities of stakeholders,” the group said.

Liberty did not respond to Stevens’ allegations relating to medical aid membership.

However, a PowerPoint presentation titled Agency Production Club 2021, which City Press has seen, details how validation is performed and indicates that it is compulsory to join the group’s medical scheme.

City Press understands that the presentation was shared with financial advisers in February. According to the document, years of employment of financial advisers were grouped alphabetically in terms of “tenures” from “A” to “Fs”.

“Fs are targeted at their E actual level for validation. If they have vested medical aid subsidy, that is contract pre 01/03/2005, and belonged to Libcare at that time, they retain their subsidy irrespective of validation,” the document reads.

The document states that medical aid membership is “compulsory as it is a contractual requirement to belong to a medical aid” for all agency contracts issued before May last year.

“For contracts issued prior to May last year, Libcare is compulsory. Bestmed is compulsory to all FAs [financial advisers] as from June last year.”

It said the only exception was if a financial adviser was a dependent on a spouse’s medical aid.

“If a financial adviser gets divorced then the spouse is no longer eligible to be a member of Libcare,” the document reads.

“Validating FAs will receive a 50% subsidy of their Libcare contributions. Validating FAs who are members of Bestmed, regardless of option and number of dependents, receive a subsidy of R300 per month. Validation is based on previous year’s production and fixed for the following calendar year. Retired actives/Fs and FAs over 55 years of age, who meet requirements [contracted prior 01/03/2005 and belonged to Libcare at the time] will have their medical aid subsidy regardless of validation status,” the document reads.

We live in a world where facts and fiction get blurred
In times of uncertainty you need journalism you can trust. For only R75 per month, you have access to a world of in-depth analyses, investigative journalism, top opinions and a range of features. Journalism strengthens democracy. Invest in the future today.
Subscribe to News24
Next on City Press
SADC public debt increases, foreign investment shrinks

Sign-up to our newsletters and get the latest results and info in your inbox.
Voting Booth
The Electoral Commission of SA (IEC) has accepted the report by former Deputy Chief Justice Dikgang Moseneke proposing that South Africa’s local government elections be postponed to February.
Please select an option Oops! Something went wrong, please try again later.
I was looking forward to the elections in October
40% - 62 votes
Postponement makes sense
48% - 75 votes
They should be later than February
12% - 19 votes
Previous Results
The best of 2020
Can you guess who featured in our most popular articles from 2020?