National African Federated Chamber of Commerce and Industry (Nafcoc) president Sabelo Macingwane has won a court bid to stop a meeting that was called to oust him.

Macingwane has now vowed to oust those who called it.

The North Gauteng High Court granted Macingwane a reprieve after the organisation’s secretary Stephen Sikhosana issued a notice to all members of a special federal council meeting that was scheduled to be held on Thursday, in which there was supposed to be a motion of no confidence raised against Macingwane. The reason cited for the no confidence motion was that he had allegedly brought the organisation into disrepute.

Macingwane supported a criminal case opened against Sikhosana and his co-directors at Silver Vanity, Nafcoc’s investment company, for alleged fraud and theft.

The notice for the meeting did not mention the reasons for the motion of no confidence but Macingwane’s lawyers, in their letter of demand to Sikhosana last week Friday to cancel the meeting, highlighted that their client was being targeted because he was trying to fight the rot in the organisation.

Speaking to City Press after the court granted the interdict, Macingwane said he would be turning the tables on the directors implicated in the theft.

“I am not going to stop protecting the interests of Nafcoc members in Silver Vanity, the shares that were stolen and the R14 million that has not been accounted for. We are now going to be passing a vote of no confidence on the thieves and use the courts to ensure that the members get their shares without any cent being stolen,” Macingwane said.

An attempt to get comment from Sikhosana was unsuccessful. 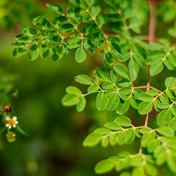