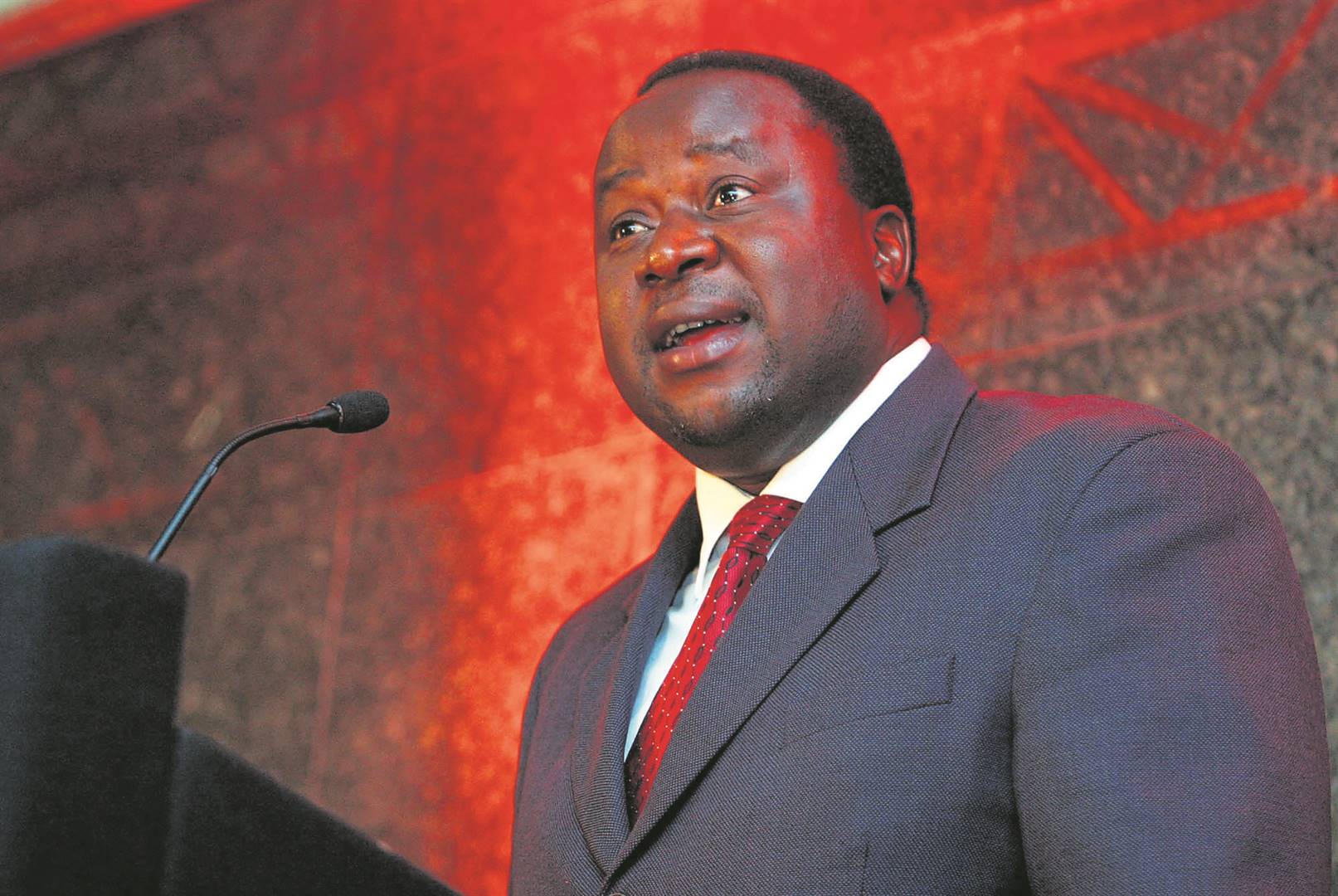 With SA facing a jobs and energy calamity, the pressure is on the new cluster to stop stumbling on policy and deliver - fast

President Cyril Ramaphosa’s new economic cluster ministers have been thrown in at the deep end – and if they don’t start swimming fast, the country could drown.

Eskom is teetering on the brink of collapse with its 10th boss in a decade having called it quits, while unemployment is close to a record high, and on Tuesday, Stats SA is likely to announce that the economy contracted by between 1.5% and 2% during the first quarter of this year.

“The country is at an economic crossroads and is facing an unemployment and inequality crisis, which has been characterised as a key threat to democratic stability,” said Tanya Cohen, the CEO of Business Unity SA (Busa), which represents the country’s largest corporations.

Cohen said the top priority for the economic cluster departments should be Eskom, given the huge risk its continuing demise would pose to the economy.

“The second priority should be a comprehensive employment plan,” she said.

The SBI said it was disappointed that the department had been retained. “Many ministries have small business desks, or support functions. A separate department adds overlap and another bureaucratic layer to the Cabinet.”

Black Business Council (BBC) president Sandile Zungu recommended that a comprehensive and practical programme be put in place to support small and medium enterprise development, and that current programmes be reviewed to become more efficient and effective.

The BBC also urged the economic cluster departments to prioritise opening up the telecommunications spectrum.

“We want them to prioritise the spectrum and ensure that at least 50% of it goes to black business so that new black players are created in that space,” said Zungu.

Announcing his new Cabinet last week, Ramaphosa said: “The expectations of the South African people have never been greater and they [the ministers] will shoulder a great responsibility.”

Lullu Krugel, an economist at PwC, said the economic cluster faced an “extremely tough task” in having to fix the economy.

She said the ministers would need to make difficult decisions, avoid “incoherent policy-making” and, instead, put in place well-thought-out policies that could be implemented properly in order for them to serve as the fundamental drivers of economic growth and help to reduce poverty and unemployment.

Krugel projected the economy to grow by just 1% this year, adding that even if reforms were implemented, the maximum annual growth over any year during the next five years was likely to be about 2.5%. FNB chief economist Mamello Matikinca-Ngwenya said the appointments in these key portfolios, which have a direct influence on the economy, would go some way towards generating business confidence – an important factor in stimulating economic growth.

Nedbank economist Isaac Matshego said the way in which Ramaphosa and his deputy, David Mabuza, ran Cabinet would determine the effectiveness of government and, ultimately, the economy.

“There needs to be a steady hand in the running of Cabinet,” he said, adding that the president had to ensure that his ministers performed.

Busa said Ramaphosa would have to cut the multibillion-rand state wage bill as well as wasteful, unauthorised and unnecessary spending.

And, it added, newly appointed deputy finance minister David Masondo would have to work hard to win the trust and confidence of all South Africans about his “ability to manage the public purse”.

Cohen lauded this move, saying separating them 10 years ago had made no sense.

“The Minerals Council SA supports the merger, but there are also some energy players who are sceptical about the merger and unsure if it will bring about the desired results. However, we at Busa like the idea,” she said.

NEW FACES ON THE LANDSCAPE

. David Masondo is a member of the ANC national executive committee (NEC) and head of the party’s new political school.

He is a highly regarded economist and has served on the boards of organisations such as the Financial Sector Charter Council.

After his stint as finance MEC in Limpopo – at the time the province was placed under administration by central government – he joined the University of Johannesburg to do post-doctoral research on the automotive industry. He then returned to government to work in the Gauteng economic development department. In 2016, he was appointed chief executive of the Automotive Industry Development Centre.

The former student activist, who was a student representive council president at Wits, cut his teeth in the SA Communist Party (SACP), where he served in various senior positions.

. Khumbudzo Ntshavheni is a former municipal manager of Ba-Phalaborwa Local Municipality in Limpopo and holds former positions as chief operating officer at the State Information Technology Agency, a board director at Denel, a board director at the Limpopo Tourism Agency and as spokesperson of the ANC in Limpopo.

She holds an MBA from the University of Bradford in the UK.

Ntshavheni has a Bachelor of Arts degree in political science, an honours degree in development studies and labour relations, as well as a master’s degree in business administration.

. Phumulo Masualle served as premier of the Eastern Cape until his appointment to Cabinet.

He holds a diploma in electrical engineering and a postgraduate diploma in economic principles.

A public servant-turned-politician, Masualle is a central executive committee member of the SACP and the ANC NEC.

. Rosemary Capa is a former chairperson of Parliament’s portfolio committee on social development.

She joined the National Assembly in 2014 and is currently a member of the NEC.

Capa almost did not make it on the party list because her name was reportedly among those who were red-flagged and had objections made about their inclusion on the list ahead of the May 8 elections.

. Boitumelo Moloi served as mayor of the Kenneth Kaunda District Municipality in North West and was touted as a potential premier of the province before the appointment of Job Mokgoro.

She was also a member of the SA Local Government Association’s national working group.

. Gloria Hlongwa holds a Bachelor of Science degree in chemical engineering from the University of KwaZulu-Natal.

She started her career at oil and gas company Shell and is a former provincial treasurer of the SA Institution of Chemical Engineers in KwaZulu-Natal.

Hlongwa was appointed as executive deputy chairperson of the National Youth Development Agency board in 2017.

. Nomalungelo Gina served as chairperson of the portfolio committee on basic education in the fifth Parliament of South Africa.

She hails from Zululand and her constituency office was in Melmoth.

She is the widow of Cedric Gina, the former president of the National Union of Metalworkers of SA. – Lesetja Malope and Setumo Stone

In contrast, Thomas Garner, chairperson of the SA Independent Power Producers’ Association, said he was undecided about whether this merger was a good move.

Garner praised the decision by former president Jacob Zuma to split the departments in 2009, saying the establishment of a separate department of energy had given those in that sector an opportunity to fully focus on certain issues, such as developing the independent power producers sector, which was “a massive job in its own right”.

Garner expressed concern that conflict could arise within the new department as coal, which is used in producing power, fell under mining while a competing power source in the form of renewable energy fell under the energy section.

“These two could collide,” he said.

Garner said he would have liked to see two deputy ministers selected for the department – for energy and for mining.

One of the major reasons the economy was in the doldrums, he added, was the lack of cheap, reliable power and it was vital that the new administration fix this.

But Terence Govender, chairperson of the SA Renewable Energy Council, disagreed with Garner, saying the merger of the two departments was a “good move” and would help in making the transition away from coal-fired power.

Among the urgent issues facing the energy sector, added Govender, were the completion of the Integrated Resources Plan and the need to fix Eskom.

Decisions regarding Eskom – especially with regard to splitting the power utility into three units and cutting jobs – needed to be implemented soon, he said.

“The government is trying to appease too many people, and that is leading to it doing nothing. If decisions regarding Eskom are not made and implemented, Eskom is going to get into deeper trouble,” concluded Govender.