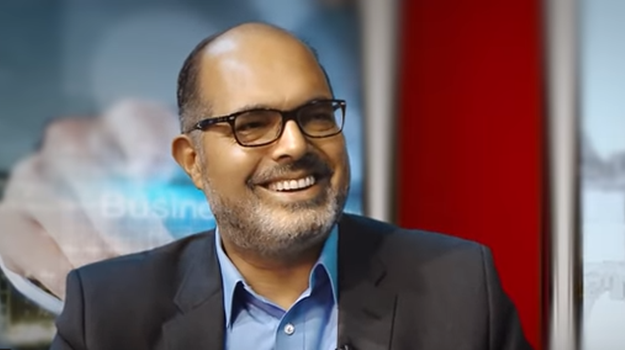 Outlining his plans to rehabilitate Sars, the incoming commissioner says he will prosecute without fear or favour

The new SA Revenue Service (Sars) boss is looking to nail tax evaders and weed out bad apples left over from the disastrous era of former commissioner Tom Moyane.

During an interview last week with City Press, Kieswetter spoke of how he would handle difficult cases of tax evasion, effected by criminals, errant businessmen and politicians.

“We want to ensure that every economic activity takes place within the confines of the law,” said Kieswetter.

“As for those who have chosen to wilfully stay below the radar, we will put a spotlight on them. We will confront them. We will seek to regularise their affairs, which means that current and past taxes are paid.

“Where appropriate, we will work with the authorities to prosecute. That we will do without fear or favour.”

Asked to elaborate on a comment he made when he was announced as the new Sars boss – saying he would “identify those who are like-minded [with Sars] and those who are aligned [with bad apples]” – Kieswetter said: “To the extent that people are not honest in that engagement, these people quickly reveal the their true colours. When that is the case, we will have frank conversations and tell them that this is no longer a place where they are welcome, or that they are in a role that is no longer suitable for them. We will find a way to deal with that, depending on the situation.

“I am not going to go there and prejudge people. I will apply my mind.”

Regarding the tax affairs of former president Jacob Zuma and the Guptas, Kieswetter said: “We are not going to single out anyone because they are a politician or a businessman. What I am saying applies to everyone.”

Regarding last week’s stated goal by Sars to collect revenue totalling R1.4 trillion for the 2020 tax year, Kieswetter said: “I cannot give you an answer on that. Obviously, we will own it – this is part of what we have to recover. It is what it is and we will do everything that we need to do.”

This will be Kieswetter’s second stint at Sars. He was employed at the tax agency from 2004 to 2009 and held the position of chief operating officer and deputy commissioner to Pravin Gordhan, who was the Sars head at the time and is now the minister of public enterprises.

Kieswetter said his new role as Sars boss – which takes effect on May 1 – would be his biggest public sector job to date.

Regarding the current state of Sars, Kieswetter said: “The Nugent commission is very clear about what went wrong there, particularly in the past four years. It speaks of a breakdown in governance and integrity. We have seen how, in a short while, an entity’s strong foundations can be destroyed and eroded by a leadership which the Nugent report says was misguided and deliberately used the organisation to serve a corrupt and narrow purpose.”

Kieswetter said he planned to arrange his impending five-year term at Sars according to immediate, short- and medium-term, and longer-term priorities – covering a one-year, two-year and three- to five-year plan, respectively. 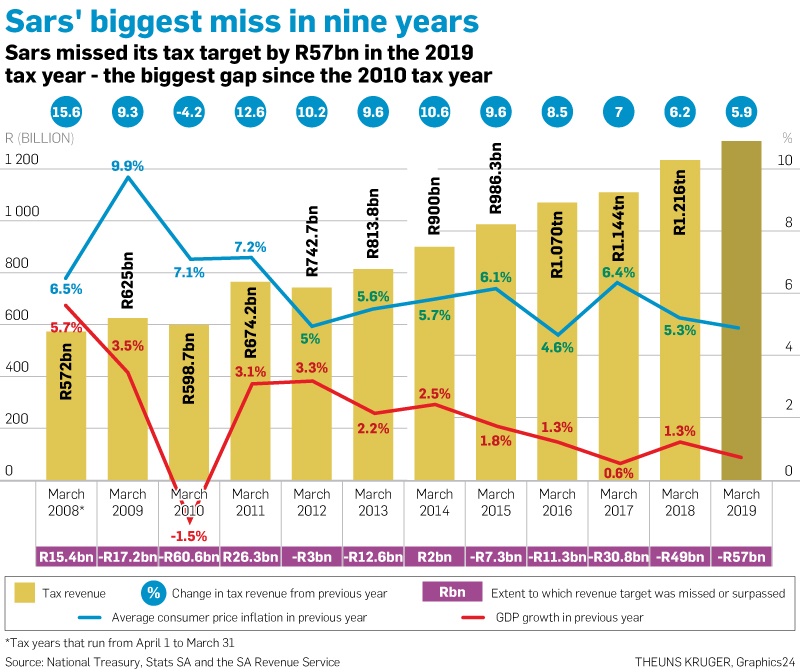 First up is Kieswetter’s plan to restore governance, integrity and confidence.

He has broken this down into three parts: “The first is to immediately engage all the stakeholders, engaging with the staff first of all. My goal is to inspire confidence and restore pride in the organisation. I will also look to rekindle a flame of hope. Right now, Sars staff are in a state of despair.

“The second part of this plan would be to engage with large taxpayer groups by sectors, and to hear from them about their experiences of Sars. I also intend to appeal to their sense of moral obligation.

“Another important stakeholder is labour. I intend to have honest and open conversations with the trade unions and help them to understand that every demand made has implications for their organisations.”

The third major part of his immediate plan is to recover revenue losses and stabilise Sars.

On starting his tenure, Kieswetter said, he would establish a “genuine, dedicated listening campaign and invite stakeholders to come forward and tell the leadership how they feel, what they have experienced.

“They can also, hopefully, tell us what they know about what went wrong – take us into their confidence. I want Sars to have a trusted whistle-blower facility. I would take off that lid where people may feel intimidated. I would like to remove barriers to open and honest engagement.”

Regarding the performance culture he would like to see at Sars, Kieswetter said: “You have to sign up to deliver your best. I believe in a meritocracy. I do not support and do not want to be part of mediocracy.”

Kieswetter is also looking to embark on an external campaign to reach the broader public, explaining why tax morality is important.

Another short-term objective is to rebuild the leadership team. “In the past four years, there has been a number of appointments that have comprised the organisation. I am not going to walk in and suspect everyone.

“At the same time, I am going to be circumspect and think very carefully, using my judgement, wisdom and discretion to determine the current leadership structure and who can best occupy those leadership roles. When I say ‘best’, I mean people with technical confidence as well as personal attributes, such as integrity, that the position requires.

“Another one is to set up a revenue recovery programme and very quickly work through the areas where we can make an immediate impact in recovering lost revenue.

“We will use the full extent of the law and collaborate with other law-enforcement agencies.”

Included in Kieswetter’s medium-term plans is his determination to plug the skills and capability gaps at Sars. “I aim to build a solid culture of high performance; to build an employee proposition that will attract and retain great people.

“Instilling a culture of high performance, pride, respect and engagement, and also hiring people with the right, hard technical skills, is important.

“To have the right infrastructure, we need to recreate the large business centre and the high net worth unit in order to ensure that both are properly resourced.

“Incorporated in this are Sars’ high-level integrity unit, its focused compliance unit as well as our investigative and research capacity. We also need to review the modernisation programme on a regular basis in order to continue with that.

“From the time I left Sars to now, the world has moved on. Today we talk about the fourth industrial revolution, blockchain, big data, machine learning, algorithms, automation. All of that we will use because that is how we build a smart, intelligent ecosystem where Sars is plugged in to the economy. We need to re-evaluate the operating model of Sars for continuous improvement to build a modern tax agency.”

“Our strategic priorities for the entire five years is, firstly, to improve our fiscal citizenship and compliance culture. Secondly, to broaden the tax base by developing a single view of the taxpayer across all tax types and collaborating with the whole of government.

“Thirdly, to build an intelligent organisation, one that leverages the resources to achieve more with less. And fourthly, to leverage and harness international partnerships. Revenue authorities do not exist in isolation. Tax risks cross borders.”

WHAT WILL SARS BECOME?

Within the first 12 months of his tenure, Kieswetter hopes “to see a stable Sars that has substantially arrested and addressed the tragedy of the past four years”.

Within 24 months, he wants “a well-functioning and effective Sars that has systematically addressed specific actions, putting it on a path to become world class – meaning, it has been substantially repurposed, reskilled and retooled”.

“Secondly, I want to see a framework in place for high performance, with integrity and a highly engaged workforce at its base. Thirdly, to see our modernisation back on track and Sars being future orientated. Fourthly, to have healthy, productive relationships with all stakeholders.

“Over the five-year period, we would aspire to have a Sars that has unquestionable integrity and that can be trusted and admired by government and the public. We will collect the revenue that is due. Our compliance culture will be in the top quartile internationally.

“We have to build a smart Sars that is wired into the economy and connected to the world. We have to ‘futureproof’ Sars.

“I believe the higher purpose that Sars serves is the following: a well-functioning Sars exists to enable government to build a democratic state that fosters sustainable economic growth and social development, and an interest in the wellbeing of all South Africans.”

Using the example of the 2007 tax year, when Sars beat its revenue target, Kieswetter concluded: “It is our ambition to achieve a tax revenue surplus again.”

Related Links
Editorial: Let’s get behind the new taxman
Sars, you can still get your debt paid without threats
Tax deficit means SA economy in a ‘precarious situation’
Share
Next on City Press
‘We are doing enough’ – Lesetja Kganyago defends Reserve Bank’s position