‘No more cash for SOEs’ – Godongwana 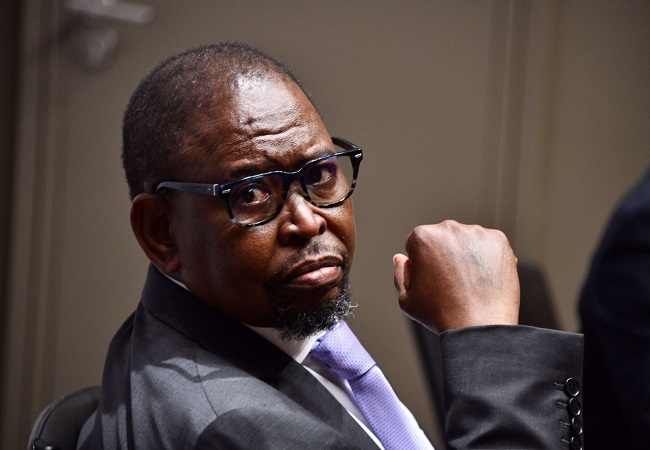 Finance Minister Enoch Godongwana said that if government continued bailing SOEs out, there would be no incentive for people to work hard and provide value for money in them. Photo: GCIS

Finance Minister Enoch Godongwana said the country’s fiscal framework did not include any additional support to state-owned enterprises (SOEs), which had continuously shown themselves to be in a poor financial condition, with their operational performance remaining a large contingent risk.

During a press briefing on Thursday about the 2021 medium-term budget policy statement, the minister said that while a number of entities might request further bailouts within the next three years, he doubted whether he would make any provisions in February for SOEs.

In this medium-term budget policy statement, no additional funding is provided for SOEs. We need to practise tough love and remove this ‘Daddy must help you’ mentality. SOEs have been badly managed and have failed to deliver. In many instances, most of them have also been devastated by state capture, making them increasingly reliant on government support.

He explained that if government continued bailing SOEs out, there would be no incentive for people to work hard and provide value for money in them.

The minister said that since 2013, government had directed more than R290 billion towards bailing out SOEs at the expense of important social expenditure.

“Going forward, the restructuring of SOEs, informed by an assessment of their strategic relevance, will be a priority,” he said. He added that government needed to consolidate some of these enterprises and let go of those that were no longer considered strategically relevant.

“Government’s strictly enforcing minimum criteria before guaranteeing the debt of SOEs, as outlined in the 2021 budget.

“This has led to a decline in guarantee requests. Nonetheless, the broader context of financial distress, weak governance and unsustainable operations in many of these companies remains unaddressed,” said Godongwana.

READ: ‘SA will not rush into new debt’

However, even though government had taken the decision not to support SEOs, Godongwana said Denel would continue receiving some assistance. The entity, he said, was experiencing difficulties in meeting its obligations and was currently negotiating with stakeholders on a way forward.

“Government provided recapitalisations of R1.8 billion in 2019/20 and R576 million in 2020/21, and extended a R5.9 billion guaranteed debt facility to Denel to fund its operations. Several repayment obligations have fallen due this year and government has allocated R2.9 billion in 2021/22 to settle these repayments,” he said.

READ: Higher tax revenue will be used to pare down debt

Government had made an additional R11 billion available to the state insurer in order to enable it to continue settling legitimate claims from businesses damaged during the unrest in July this year. That amount was over and above the provision of R3.9 billion given to the insurer following the public violence.

Godongwana said the unrest had compelled Sasria to request financial assistance from government for the first time since 1994. The insurer’s balance sheet had been weakened by the billions of rands in claims it had disbursed to businesses affected by the July riots. So far, Sasria had received insurance claims from businesses amounting to more than R25 billion.

Regarding Eskom, Godongwana said the utility continued to pose a significant risk to public finances because it relied on government guarantees to finance its operations.

According to the policy statement document, in order to enable Eskom to execute its borrowing plan, Godongwana had approved a special dispensation to allow the entity to access additional guaranteed debt of R42 billion in 2021/22 and R25 billion in 2022/23, which fell within its existing guarantee facility.

He said Eskom had made progress in its unbundling plan by establishing a transmission company that was now registered with the Companies and Intellectual Property Commission. The power utility had also developed a new corporate structure and had allocated debt between its proposed electricity generation, transmission and distribution entities.

This proposed restructuring needs to be approved by lenders. The utility has a deadline of December 31, 2021 to complete legal separation of the transmission unit, with the other two units following in the next 12 months.

Godongwana also spoke about South African Airways (SAA), which had received R21 billion in support from government in 2020/21.

“This included R10.3 billion for the settlement of government-guaranteed debt, R7.8 billion for the implementation of the business rescue, R2.7 billion for SAA’s subsidiaries and R267 million for calls on guarantee obligations on which the airline had defaulted,” he said.

Godongwana confirmed that the department of public enterprises had identified a strategic equity partner to buy part of SAA and aimed to finalise the transaction in early 2022.