‘Not so rosy’: R95bn was pledged before Ramaphosa was president 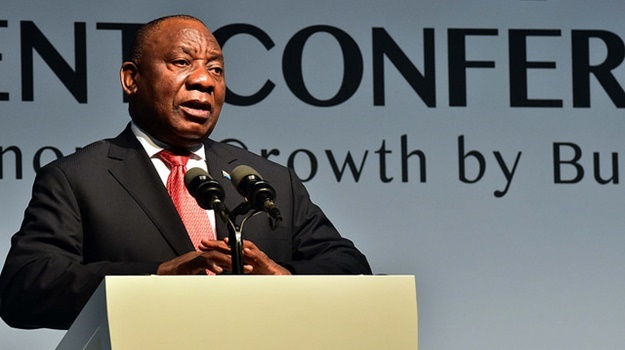 President Cyril Ramaphosa’s Investment Conference, which took place last month, may not be as rosy as it seems, with more than R95 billion of the less than R290 billion in pledges having been decided on in full or in part before 2018 – and at least one decided on as far back as the 1990s.

The presidency hailed the money pledged as “the beginning of a narrative on investment in South Africa” and a time for “economic renewal”.

Last week, PwC released an analysis of the potential economic impact of the pledges, estimating that R338 billion would be added to the country’s GDP over five years, starting next year.

The report also estimates that 825 000 direct and indirect jobs would be created or sustained annually, and that R59 billion would be generated in government revenue.

However, it appears some of the pledges are not really new at all. Some were concluded before Ramaphosa became president in February this year.

Furthermore, some of these longstanding investments qualify for tax breaks.

City Press asked some companies who had made pledges when exactly their investment decisions were taken and how much of the pledged money had already been spent, but they were reluctant to say.

Anglo American pledged to spend R71.5 billion until 2022 on “sustaining and extending the lives of our mining operations in South Africa”. However, that figure includes the $2 billion (R28 billion) that the company pledged in 2013.

As part of its latest pledged investment, the mining company will spend that money until 2022 on extending the life of De Beers’ Venetia diamond mine, said Anglo spokesperson Sibusiso Tshabalala.

Viv McMenamin, the CEO of paper and packaging company Mondi, had announced an R8 billion investment, saying the money would be spent over the next five years.

Hollard’s R5 billion announcement is the same acquisition deal that was announced in September, when the insurance group struck a deal with Japanese insurance giant Tokio Marine, in which the latter would buy a 22.5% stake in Hollard SA. The deal, Hollard’s group CEO Saks Ntombela said at the time, had been in the pipeline since 2017.

Sappi spokesperson Andre Oberholzer said the investment would qualify for tax rebates and that the decision was made earlier this year.

Although the National Association of Automobile Manufacturers of SA (Naamsa) pledged R40 billion, this amount includes the R10 billion pledged by Mercedes-Benz SA at the same event.

The 43-member strong Naamsa said its investment was derived from the country’s seven original equipment manufacturers – BMW, Ford, Isuzu, Mercedes-Benz, Nissan, Toyota and Volkswagen – over the next five years.

Naamsa spokesperson Nico Vermeulen said these individual companies qualified for a tax-free cash grant in respect of 20% of the total investment made, payable over three years.

Mercedes-Benz SA spokesperson Thato Mntambo confirmed that the R10 billion pledged was for its recently launched plant in East London.

Nestlé SA, which announced a R663 million investment, said the amount was actually its capital expenditure that started in 2017 and ends in 2019.

Nestlé spokesperson Ravi Pillay declined to disclose when the decision for the expenditure, which started last year, was taken, claiming it was “commercially sensitive information”.

New mobile operator Rain said the R1 billion it had pledged was to build its next-generation 5G data network.

Rain’s CEO, Willem Roos, said the company would not be getting any tax rebates for the money and that the decision was taken two months before the investment conference.

Yvette Govender, spokesperson for Sumitomo Rubber SA, which announced a R970 million investment, said the tyre manufacturer launched its new factory in Ladysmith, KwaZulu-Natal, three weeks before the conference, as part of a project announced in 2014.

Govender said the company would apply for tax rebates and that 98% of the money announced had been spent by end-October. The remaining 2% would be spent by mid-2019, she said.

Pharmaceutical company Aspen had announced a R3.3 billion pledge at the summit, but Stavros Nicolaou, Aspen’s senior executive responsible for strategic trade development, said the company had, in fact, committed R3.4 billion for expansion at its Port Elizabeth site over four years to 2023.

He said the company took the decision late last year, but only gave it the green light earlier this year. It will also be getting a tax break for its capital investment, he said.

Sanral spokesperson Vusi Mona said tenders for the N2 Wild Coast Road project – incorporating the construction of two major bridges, valued at R1.65 billion (for Msikaba Bridge) and R1.43 billion (for Mtentu Bridge) – were awarded in November 2017 and August 2018, respectively. Mona said the projects were planned as far back as 20-plus years ago.

“This route has been planned since the late 1990s ... The funding was approved and finalised in the 2015/16 financial year,” he said, adding that since November 2016 when construction started, R469.6 million had been spent.

Zama Luthuli, the IDC’s executive for corporate affairs, would only confirm that the R3.6 billion was for various projects in the current financial year.

Pay-TV platform MultiChoice and mining company Bushveld Minerals did not offer any details besides confirming their pledges of R1 billion and R2.5 billion, respectively.

Mining company Vedanta pledged R21.4 billion across a number of projects. According to Deshnee Naidoo, CEO of Vedanta Zinc International, R5 billion was approved in 2014 for phase one of its Gamsberg operation in the Northern Cape, which is almost complete.

Vodacom spokesperson Byron Kennedy said its R50 billion investment pledged over five years was for expansion plans. But he did not say when the decision was made, except that it was after government’s assurances that it would make 4G spectrum available. 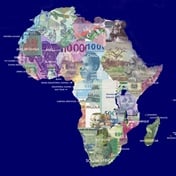