Two articles that appeared side by side on page two of last week’s City Press (August 4, 2019), titled Sunlight will reveal the cracks in governance, by Tebogo Khaas, and Moyo and Manuel drama casts a shadow over Cyril’s backers, by Muzi Kuzwayo, unfairly attacked Old Mutual, without giving the company an opportunity to respond.

Apart from casting aspersions on the reputation of the entire executive and board, and, in particular, embarking on a full-on personal attack on the integrity of chairperson Trevor Manuel, the articles displayed an overt partisan bias and clear misunderstanding of the facts.

The ongoing court processes are certainly thrusting corporate governance into the spotlight, but certainly not the way the two writers see it.

Far from Peter Moyo being the hero of this piece, Old Mutual has made it very clear, in both its appeal papers and last week’s declaratory application, that there has been an irreparable breakdown in trust and confidence, and that any future working relationship with Moyo is untenable, notably due to his insistence on instituting further court action to declare board members delinquent.

The writers, however, neglect the corporate reality that a CEO is accountable to the board of a company, and the board is elected by its shareholders.

Once the board has lost confidence in a CEO, it’s the end of the road. Unfortunately, the writers proceeded to make judgement calls before a judge has decided on two crucial outstanding processes.

Only a judge can decide on the outcome with any finality, and no one yet knows what the outcome will be, especially when it comes to the so-called part B of Moyo’s action.

In our view, the filing of our application for leave to appeal has, in the meantime, suspended the original order.

Putting the personal prejudices of the writers aside, it seems to be totally forgotten amid the noise that Moyo was not the only executive in a leadership position who would be held to the high standards Old Mutual expects.

This is very much a story about good corporate governance – and it highlights that achieving good governance is not easy.

With much of corporate South Africa and state-owned enterprises in a quandary over governance standards, Old Mutual has been willing to make the hard decisions to ensure good governance is placed at the forefront of everything it does.

Read: Moholi: Moyo has himself to blame for loss of faith

If anyone is willing to look beyond the noise, Moyo’s actions, which led to the termination of his contract of employment, remain at the heart of this matter.

It remains untenable that a CEO would not view the declaration of ordinary dividends by his private company in contravention of the terms of the preference share subscription agreement resulting in his personal benefit, to the detriment of his employer, as a conflict of interest.

If anyone is willing to look beyond the noise, Moyo’s actions remain at the heart of this matter.

In our court papers, we have also dispelled any notion that there was a “triple conflict” by Manuel or that Old Mutual paid his legal fees.

It is made clear that Old Mutual has only managed and paid for two individual litigation cases involving the board chairperson, when it was decided that it was in Old Mutual’s interest to do so. These related to two specific instances in which Manuel’s positions as Old Mutual Limited’s chairperson and Old Mutual plc’s board member were compromised. Any other litigation by the chairperson, such as the recent case against the EFF, his appearance at the Zondo commission of inquiry into state capture and the various actions against him by the Public Protector, is for his own account.

Moyo not only gave the original instruction to Old Mutual legal to act in 2017, he also approved the processing and payment of the legal fees from time to time as they related to Old Mutual, but yet appears to be using misdirection about “legal fees” to move attention away from his own actions and his failure to manage conflicts of interest as required by his employment contract, which led to the breakdown in trust and confidence, and, ultimately, the termination of his employment contract with Old Mutual. We also make it clear in the court papers that the board chairperson’s relationship with Rothschild pre-existed his joining any Old Mutual board, and the Rothschild mandate to advise Old Mutual plc on the managed separation process similarly predated Manuel joining the Old Mutual plc board. This relationship was also fully disclosed in the including Moyo, who warranted that no false or misleading statements were made in the PLS.

There is little doubt that Old Mutual’s actions throughout show in unequivocal terms the high premium it places on strong corporate governance. It forms the foundation of a culture that supports customer, investor and employee confidence.

It is unfortunate that the writers in the above-mentioned articles failed to see this situation for what it is and applaud good governance standards when they saw them, especially in light of the devastating challenges South Africa is faced with today.

It is time to move this country forward together, with the highest possible ethical and governance standards providing the guiding light every step of the way.

Related Links
Moyo and Manuel drama casts a shadow over Cyril’s backers
Why was Moyo made to account but Manuel wasn’t?
Share
Next on City Press
Government hires RMB to advise on SAA stake sale 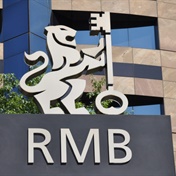