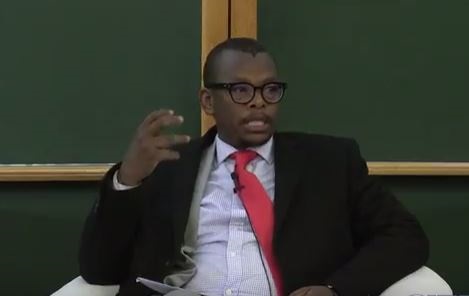 It’s not enough to be a referee – competition commissioner Tembinkosi Bonakele believes the office of the commission can have an important role in igniting growth in the South African economy by opening up existing markets to new entrants, and not merely acting as a regulatory competition watchdog.

“The Competition Commission is opening up spaces for new businesses to challenge incumbents,” Bonakele told a forum at the Gordon Institute of Business Science (GIBS).

At present, the office of the Competition Commission has powers over the regulation of mergers and the ability to impose conditions. It is dedicated to enforcing the Competition Act, which prevents firms from fixing prices or abusing market dominance.

The focus of competition policy in South Africa is to change the commission from being a policing body to rather become an enabler for people to enter markets, and then to allow them to sustain themselves in that market.

“We must respect the entrepreneur, it is the one force missing in our country that can make all the difference to economic growth. We must back new players and fight for them to open up new markets.”

In the current phase of the economic development of South Africa, inclusivity and economic participation is a key policy area, he added.

Concentration of the market and regulation

Competition policy can drive economic growth by creating opportunities for entry. The South African economy is fairly unique, and deciding how to regulate it was a complex task, Bonakele said.

There was consensus among organisations such as the IMF, World Bank and the Organisation for Economic Cooperation and Development that the concentration of the South African economy undermines its potential for growth.

“Our economy is one of the most concentrated in the world and must be regulated in such a way so as to create incentives, and disincentives, to enable entrepreneurs.”

Bonakele said the bulk of complaints received by his office were around the lack of access to markets. The rebate system and exclusivity in supply arrangements prevents people from entering markets.

“South Africa shouldn’t be surprised by its poverty statistics. This economy is constrained by design through monopoly and regulation and this is bound to have social consequences.”

The product market is one that consumers interface with every day, and the price of goods and services in an economy determines who will be the ultimate winners and losers, Bonakele argued.

The office has been in the news for a number of high profile cases across a variety of sectors, including the case against 17 banks for currency manipulation, price fixing investigations against fresh produce producers, a case against Stuttaford Van Lines, which has been charged with 649 counts of tender collusion, and action against Rooibos Limited, which was charged with abuse of dominance.

Bonakele said state-owned enterprises were expected to compete like anyone else and that one of the Commission’s biggest cases this year was against Transnet, which it was probing for possible contravention of the Competition Act through excessive pricing and giving preferential treatment to some consumers at its ports.

When state-owned firms have a dominant market position and the market isn’t able to set the price for goods and services, as is the case with e-tolls, it is prudent to have a regulator to ensure inefficiencies aren’t built into the price, he explained.

“In such a case, you want transparency and a regulator, or there could be potential to investigate for a case of excessive pricing.”

Bonakele said firms are considered to have market dominance if they are able to act without constraint in the market, regardless of the quality of their products, and when buyers are disempowered and are unable to switch to an alternative supplier.

“Monopolies do not like to invest a lot and do not like innovation,” Bonakele said. He gave the example of the financial services and mobile telephony industries as two sectors that continue to be dominated by a few large players.

Bonakele said the financial services sector was too constrained by monopolies and regulations – the lack of new entrants into the sector for the past 13 years was by design and “this has made it impossible to transform banking,” he said.

The commission’s latest enquiry, which has not yet progressed to an investigation, is into the cost of mobile data in order to determine why it is so high, Bonakele explained. Once the authority had the results of the enquiry, it would make its recommendations he said.

In cases of collusion, the commission was bound by law to impose penalties of up to 10% of annual turnover, and government is to introduce criminal sanctions for collusion of up to ten years in jail.

Bonakele said proposed amendments to the powers of the office of the Competition Commission currently before Cabinet included granting the commission the power to apply measures to address concentration and not to merely make recommendations once evidence of market concentration had been found.

We live in a world where facts and fiction get blurred
In times of uncertainty you need journalism you can trust. For 14 free days, you can have access to a world of in-depth analyses, investigative journalism, top opinions and a range of features. Journalism strengthens democracy. Invest in the future today. Thereafter you will be billed R75 per month. You can cancel anytime and if you cancel within 14 days you won't be billed.
Subscribe to News24
Related Links
‘I’m not a person of surprises, but we must embrace change’ – Dlamini-Zuma
AI: It’s not man versus machine. It’s man with machine, against the challenge
‘The state won’t have to provide services if society is empowered’
Next on City Press
Global inflation demon to get worse