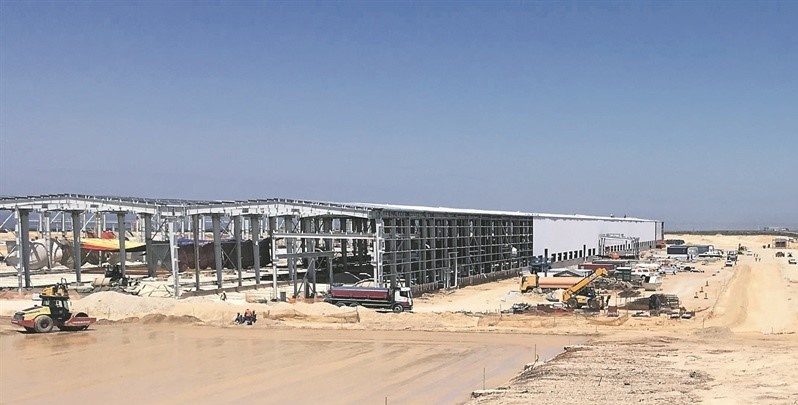 The R11 billion Beijing Auto Industrial Corporation (BAIC) plant at the Coega special economic zone in Nelson Mandela Bay has missed its deadline by two years because it failed to meet its own overambitious and unrealistic production targets set at the launch.

The project, a joint venture between BAIC and the Industrial Development Corporation (IDC), was launched in 2016.

Overzealous targets did not take into account unforeseen circumstances which usually affect projects of such magnitude.

These came back to haunt the project.

As the implementation of the project started, numerous problems such as work stoppages, language barriers, and differences in labour laws between China and South Africa were encountered.

This derailed the targets set initially.

“During the launch of the project in 2016, we were overenthusiastic and very optimistic. That is why we announced that the first complete knocked down kits units would roll off the assembly plant in the fourth quarter of last year,” said Joseph Sithole, IDC senior industry development manager for automotive and transport equipment.

“We did not anticipate problems which come with such huge projects and involving different people from different cultures. We also had problems with small, medium and micro enterprises (SMMEs) that had their own demands, resulting in numerous work stoppages. These are some of the unforeseen circumstances we did not take into account when the initial announcement setting production targets was made.”

BAIC is the majority shareholder in the joint venture with 65% and the IDC owns the remainder.

According to the initial target, the first complete knocked-down kit units – the SUV X-25 – were supposed to roll out of the assembly line late last year. Currently, the cars being assembled are semi-knocked-down kits.

“We will only start producing complete knocked-down kit units by November next year. This project is being implemented in phases. Phase one, which is the assembly plant, is complete. That is where we are doing the semi-knocked-down kits.

“The delay is with the paint and welding shop which is currently under construction. It is only when it is complete that we can start doing complete knocked-down kits,” said Jay Balepile, the IDC’s head of automotive and transport equipment.

Most parts are currently coming from overseas, but Balepile said they intend to procure locally in future, which will create jobs in the value chain. “We want to localise as much as we can. Our target is to have 60% local content,” Balepile said.

BAIC already has 17 dealerships in South Africa. “We would like to see more black participation in dealerships. We are even encouraging those with plans to approach us so that we can assist in the value chain. We want to support the local automotive industry,” Balepile said.

Currently, they are producing 50 000 vehicles per year from the semi-knocked-down kits. This will increase to 100 000 a year when fully operational.

At least 60% of the manufactured cars will be for the export markets in Africa, the Middle East and Latin America with the remaining 40% for the South African market.

A liaison office, whose sole purpose is to mediate grievances with SMMEs and to hold stakeholder meetings to iron out any problems, has been set up.

“This helps in creating a good rapport between the relevant stakeholders. It creates better understanding as they sit and discuss issues affecting them, and also improves and accelerates the work rate,” said Sithole.

This project is so far China’s biggest investment outside Europe, and is part of the 26 bilateral agreements signed between China and South Africa in 2015.

We live in a world where facts and fiction get blurred
In times of uncertainty you need journalism you can trust. For 14 free days, you can have access to a world of in-depth analyses, investigative journalism, top opinions and a range of features. Journalism strengthens democracy. Invest in the future today. Thereafter you will be billed R75 per month. You can cancel anytime and if you cancel within 14 days you won't be billed.
Subscribe to News24
Related Links
Baic’s Coega plant gets R428m cash injection
Construction on Baic SA megaplant behind schedule
Baic SA secures funds to curb further project delays
Next on City Press
Government too incompetent to deal with zama zama ‘cancer ’