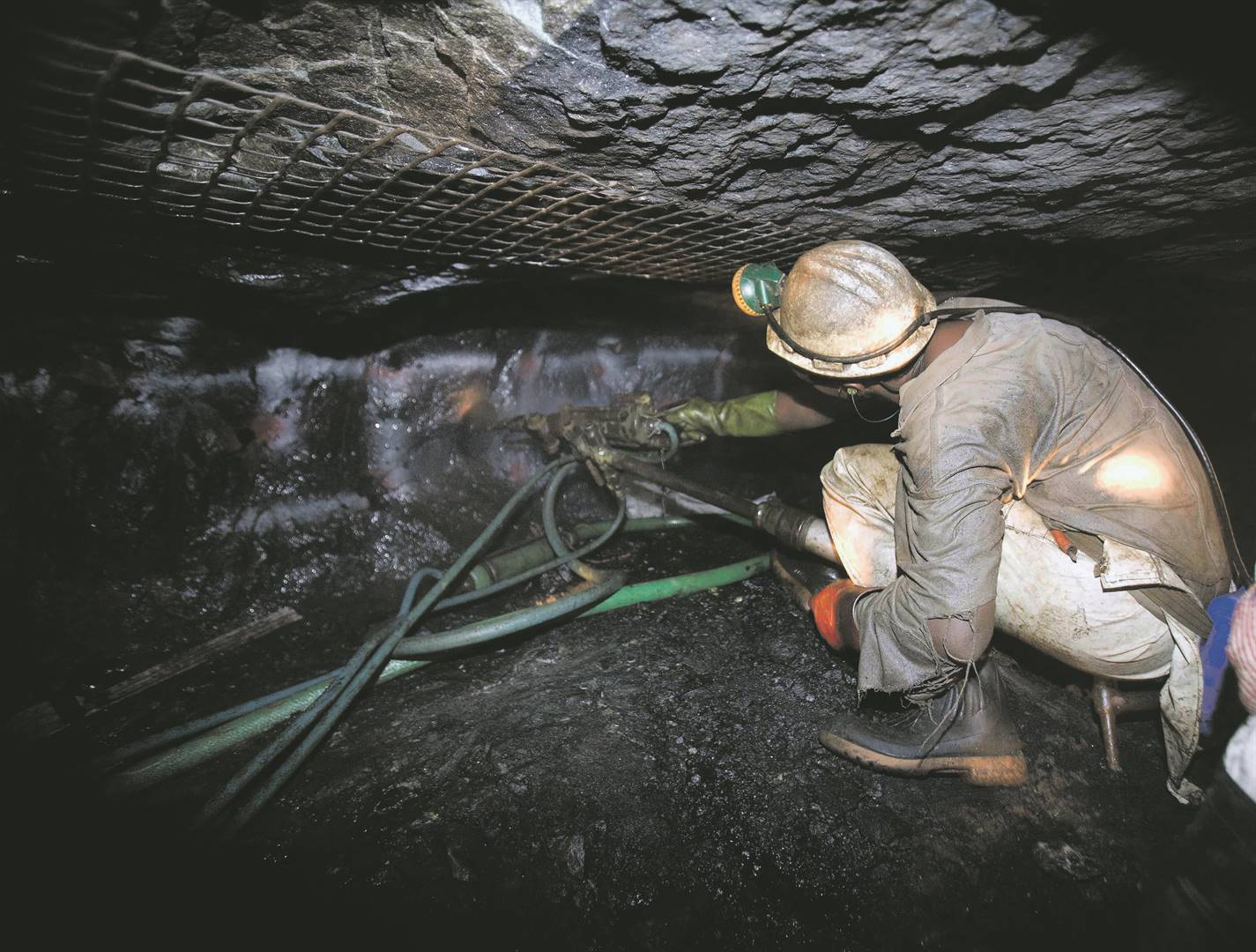 A mineworker with a drill on the rock face. Mine safety has again come under scrutiny following deaths this year. Photo: Bloomberg

South Africa could see an economic contraction in the second quarter of this year, weighed by the industrial sector which plunged 9% in April.

Manufacturing data released by Statistics SA on Thursday show that, year on year, production declined by 7.8% in April and that the economy could shrink in the second quarter.

This is despite GDP figures, released on Tuesday, indicating that GDP growth is back to pre-pandemic levels, and that the broader economy is projected to grow by 1.9% for the year.

READ: GDP growth hits pre-pandemic levels, but it is not sustainable

According to figures released on Thursday, mining production was down by 15% year-on-year in April. Electricity production was down 3.7% as blackouts continued to plague the economy. Platinum group metals led the decline in the mining sector contributing 5.8 percentage points. Coal, a key export for South Africa, was down 14.7%, despite the high coal prices.

The trend globally to replace coal with renewable energy [as costs have substantially fallen for this infrastructure] will weigh negatively on the industry, with a recent IMF study showing net gains for economies transitioning away from coal.

Gold production was down 27.8% while gold contributed 3.6 percentage points to the drop in mining production, this on the back of the prolonged strike in the gold sector and the bottlenecks in global supply chains.

READ: SA mired in a cost of living crisis

In the second quarter, GDP activity risks running at or below first quarter output as global growth was expected to weaken, while May will still be afflicted by the damage from April’s floods in KwaZulu-Natal, with climate change exacerbating weather conditions to extremes.

“It is still early in the month, and both April and last month are likely to have recorded very weak outcome for a number of indicators, with the KwaZulu-Natal flood providing a particularly suppressing effect for these two months, and GDP overall is likely to stagnate in the second quarter,” she said

Today’s numbers will subtract from the second quarter, but we’ll watch out for last month and this month to see how supply was restored. If it came quickly [if supply was restored quickly], we could see the declines being moderated.

“I can already tell you that there will be a subtraction for the motor vehicle sector from the overall manufacturing number because motor vehicle production was down almost 29% in April,” Matshekgo said.

Matshekgo said the surpluses reflected the opening of the global economy post the Covid-19 Omicron variant.

“This reflected the opening of the economy both in South Africa and in our key trading partners after the Omicron variant. But of course late in the quarter we saw the Sibanye Stillwater mine strike hitting gold exports hence for the whole the value of gold exports fell sharply.”