Riding the slow train to change Policymakers, broad-based BEE practitioners and verification agencies all agree that the ownership element of broad-based BEE remains one of the most important pillars for measuring black participation in the economy.

However, these experts have spent years grappling with the measurement and methodology of that pillar, whose miscalculations have led to fronting, misrepresentation and intermediaries taking advantage of the transformation agenda.

In an interview with City Press, founding director of the Centre for Economic Development and Transformation, Duma Gqubule, said broad-based BEE ratings weren’t a true reflection of black ownership.

“They lack transparency because they don’t provide individual company ownership statistics. They don’t explain the measurement principles and methodologies that were used to arrive at conclusions,” said Gqubule, adding that reporting on black ownership had lost all credibility.

“This is impossible and absurd, considering that there isn’t a single black-owned company among the JSE Top 100,” said Gqubule.

Like most political compromises, the result is a mess. There was now a huge difference between measuring actual black ownership and measuring black ownership for the purpose of scoring broad-based BEE points, said Gqubule.

His statement highlighted the widespread frustration with broad-based BEE, which aimed to ensure that the economy was transformed to enable the meaningful participation of the majority of South Africa’s citizens.

Ntuli said she was concerned about the low level of reporting and the overall slow pace of economic transformation.

“To address this, the Broad-Based BEE Commission has started conducting site visits to verify the accuracy of the reports and identify best practices to share with other measured entities,” she said.

She said worrying trends had been observed from 2017 to last year.

This year’s broad-based BEE National Status and Trends report wasn’t very different from the 2018 report. Last year’s report also showed an increase in levels of transformation, with overall black ownership at 29%, a 4% increase from the year before. The 2018/19 National Status and Trends report on broad-based BEE was based on compliance reports from 150 JSE-listed entities and 43 organs of state, as well as public entities. The report was meant to help the Broad-Based BEE Commission track how the country was performing on an annual basis in terms of the scorecard set in the Codes of Good Practice and the respective sector codes, testing the pillars of black ownership, management control, skills development, enterprise and supplier development, as well as socioeconomic development.

“The huge discrepancies between reported black ownership figures are largely due to differences in measurement principles and methodologies,” said Gqubule.

He added that the broad-based BEE Codes of Good Practice of 2007 and 2013 were the result of political compromises between government and stakeholders who participated in the drafting process, including established and emerging black businesses.

Gqubule explained the discrepancies as follows: “First, unlike the broad-based BEE codes, the Financial Sector Charter [FSC] allows companies to add direct and indirect black ownership within pension and provident funds,” he said.

The FSC also allowed companies to report on a “once empowered, always empowered” basis.

“They can recognise black ownership after the exit of black shareholders. Such concessions enable actual black ownership of 1.3% to become 37.6%, according to a broad-based BEE scorecard,” said Gqubule.

He said many companies also hired consultants to go through their share registers and identify ownership by subsidiaries of financial sector companies whose inflated black ownership scores flowed through to the measured entity.

“This way, a company can get recognition based on the black ownership scores of its shareholders, who may have concluded broad-based BEE transactions with third parties having no relationship with the measured entity,” he said.

“They lack transparency because they don’t provide individual company ownership statistics. They don’t explain the measurement principles and methodologies that were used to arrive at conclusions”
Duma Gqubule

CEO of Business Leadership SA Busisiwe Mavuso said the report also showed that access to funding for black people remained a challenge that directly influenced the way transactions were structured.

“For instance, the reduced voting rights can be linked to the fact that most deals are vendor-financed, with parties often inclined to include pledges, options and dividend restrictions that unduly restrict ownership rights.

“This may also explain the reduced number of new entrants in these ownership deals, with some parties reflecting in multiple transactions,” said Mavuso.

Mavuso said a number of transactions had multiple corporate structures using special-purpose vehicles and it was often difficult to identify the actual black person whose ownership was claimed.

She added that vendor financing remained the dominant method of funding in these transactions, with a notable rise in share-swaps. “Given challenges raised with regard to voting rights and management control, there’s a need for intense monitoring of ownership transactions at conclusion and implementation levels.”

Unless drastic measures were taken to address limitations to black people’s obtainment of voting rights, their economic participation would remain skewed, she warned. Ntuli added that this scenario begged the question: Why is the vast improvement in ownership failing to translate to voting rights?

“It suggests passive ownership or, at worst, fronting. Either way, this isn’t ideal considering the national need for an inclusive economy,” said Ntuli.

The focus on vendor financing was mainly because alternative sources of funding, such as share-swaps, cash and bank loans, depended on price mechanisms, the availability of collaterals and meeting other demands.

These had been a marginalising factor for black people who were the targeted beneficiaries of broad-based BEE. Ntuli said that, to bridge the economic divide, government assistance would have to be forthcoming to facilitate funding for the marginalised.

She said the funding arrangements also seemed to extend the control of the funder beyond what was reasonable to secure the funding interest.

“In some instances, black shareholders are made to obtain prior approval or consent from the funder for aspects over which ordinary shareholders should have control, thus giving the funder control more akin to that of a shareholder in the transaction,” said Ntuli.

Related Links
BEE has been turned into a patronage network tool by politicians
More asset managers ‘blackening’ in hunt for profits
‘No money exchanged hands between us and Esop’: IDC on Foskor’s BEE trust
Share
Next on City Press
Jobless rate drops to 23.3%, while expanded measure soars to 42% 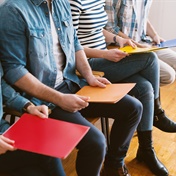