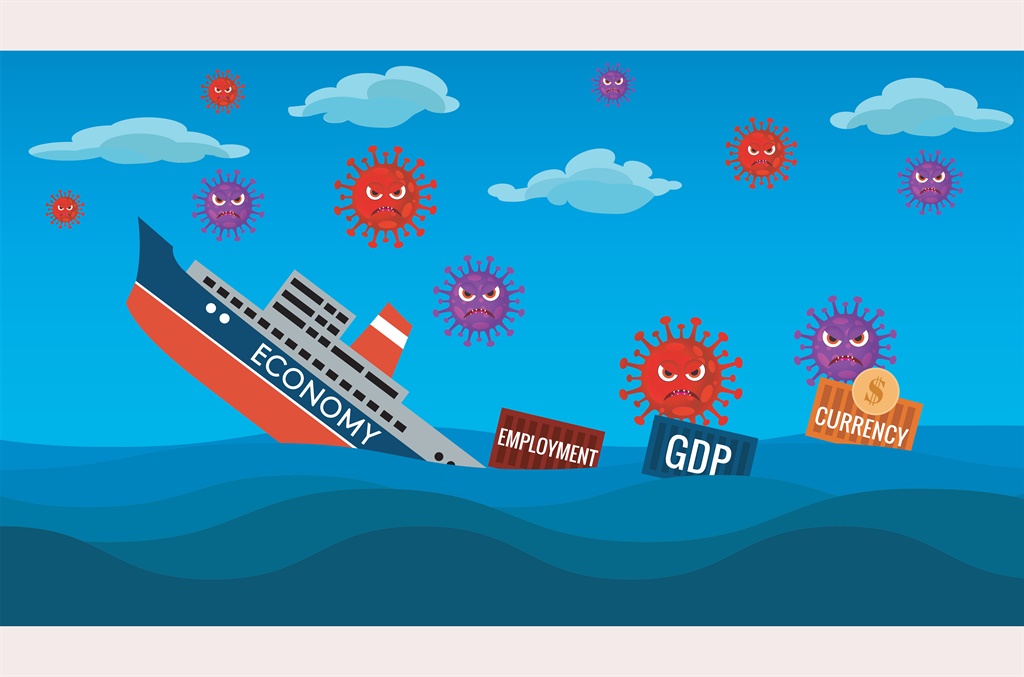 The supplementary budget was necessitated by the impact of Covid-19 on growth prospects, expenditure and tax income, as announced in February. Picture: iStock

Government has about a 30% chance of limiting state debt to 87.4% of GDP by 2023/24 and then gradually bringing it under control, say experts. Finance Minister Tito Mboweni on Wednesday said in his supplementary budget speech that government’s “central fiscal priority” was to prevent debt rising above this level.

By 2026/27, it should decline to just under 82% – a level that is forecast for this year. In February this year, before the Covid-19 pandemic hit the country, state debt was about 65% of GDP.

The supplementary budget was necessitated by the impact of Covid-19 on growth prospects, expenditure and tax income, as announced in February.

Mboweni warned that if South Africa could not keep debt at bay, the country would face a sovereign debt crisis. This describes a situation in which South Africa would not have enough money to meet its debt obligations. It would then be forced to approach an institution such as the International Monetary Fund for financial aid, which usually comes with very strict structural adjustment conditions.

Without government’s active intervention – which will require expenditure cuts and revenue adjustments – the state’s debt would rise to above 140% of GDP by 2028/29, said Mboweni.

Khaya Gobodo, the managing director of Old Mutual Investment Group, said there was only about a 20% to 30% chance that the debt situation could be reversed as quickly as Mboweni proposed. “We have never managed to do so in the past, and then there is still politicking and the worldwide epidemic to confront,” Gobodo said.

We have never managed to do so in the past, and then there is still politicking and the worldwide epidemic to confront
Khaya Gobodo

By 2019/20, the situation had further worsened to 57% of GDP (as opposed to an expected 52.3%) and debt servicing costs made up 4% of GDP. Debt servicing costs are now 12% of total expenditure, the fourth-biggest expenditure item in the budget. This is almost as much as the country spends on health services.

According to Jeffrey Schultz, Burak Baskurt and Nicholas Borain of BNP Paribas, having a primary surplus by 2023/24 is an ambitious target. A primary surplus means that income is enough to cover expenditure (interest excluded).

According to the Treasury, this will mean expenditure cuts and revenue adjustments of about R250 billion over the next two years. According to Schultz and his colleagues, it will require “unpleasant” political compromises in order to get to that amount, making them sceptical about the hopes of achieving it. Tertius Troost, a tax expert at Mazars, said government would have to cut expenditure, but does not have a good track record when it comes to this. Because further details will only be made available during the medium-term budget policy statement (MTBPS) in October, it’s difficult to say whether government would reach its targets. According to Troost, politics will play an important role.

Maarten Ackerman, the chief economist at Citadel, said government would have to get rid of its over-expenditure habit very quickly if it wanted its budget to balance.

Annabel Bishop, an economist at Investec, said in a note that credit rating agencies determine a country’s ability to repay its debt. South Africa’s debt, which could rise to more than 87% of GDP, is high for an emerging market. Credit rating agencies also include the debt of state-owned enterprises in government debt because government supplies guarantees for those debts. In South Africa’s case, this means that state debt would be closer to 100% of GDP by 2023/24. Bishop expects a further ratings downgrade in November and potentially even sooner.

It’s not that we don’t know what needs to be done. There are highly proficient people in Treasury, but we are practically and politically let down when it comes to execution
Khaya Gobodo

Mboweni made it clear that the supplementary budget was a bridge to the MTBPS. Work on this will begin on July 1 and will follow the principal of a “zero-based” budget, which means that every item in the budget must be analysed beforehand and motivated.

Professor Raymond Parsons, of the North-West University’s business school, said South Africa was now in a position where expenditure could no longer be seen as untouchable. All programmes should be analysed on the basis of cost and effectiveness, which means that the “zero-based” approach holds promise.

According to Gobodo, the stern attitude adopted by the minister on Wednesday was encouraging. The plans that are presented in October must be implemented. Treasury expects the economy to shrink by 7.2% this year, but to grow by 2.5% next year and by 1.5% in 2022.

According to Gobodo, the growth is achievable, but he warned that Eskom could present a significant risk to the country as a result of unreliable electricity supply and if the power utility’s debt position and corporate management were not improved.

READ: The seeds of a debt crisis have been planted: ACT NOW!

According to Bishop, Eskom’s inability to meet the electricity demand when the economy grows at more than 1% per year could hold back growth in the second half of this year and next year. South Africa needs real growth of between 4% and 5% a year to counter high unemployment rates, currently at 30%. Gobodo said “it’s not that we don’t know what needs to be done”.

“There are highly proficient people in Treasury, but we are practically and politically let down when it comes to execution,” he said.

Parsons agreed, saying that execution was the collective responsibility of the Cabinet and could not be placed only on the shoulders of National Treasury.

SOME BUDGET STATEMENTS WERE VAGUE - EXPERTS

Roger Baxter, CEO of Minerals Council SA, said the government had previously indicated that it would borrow R95 billion from international financing institutions. But Finance Minister Tito Mboweni, put it at about $7 billion (or about R125 billion) in his budget speech on Wednesday. In a news conference, Mboweni said the money would be borrowed from the International Monetary Fund, the World Bank, the African Development Bank and the New Development Bank (Brics bank), which had given South Africa a $1 billion loan already.

According to the budget document: “The pressure on the national fiscus requires fundamental changes to the manner in which the government supports these institutions ... reforms will be implemented in the near future.” Although the Land Bank received R3 billion, a striking omission in the budget was whether the government would advance more funds to SAA over and above the R16.5 billion budgeted for in February. Intellidex’s Peter Attard Montalto said the fact that Mboweni said nothing about SAA meant the airline was “stranded” unless it found a strategic partner by July 15

Mboweni did not elaborate on the promise to cut the state’s wage bill by R160.2 billion. Christie Viljoen, an economist at PwC, said Mboweni probably withheld details because there were court cases pending and unions were issuing statements on a regular basis.  “Keeping quiet was probably a safer option.
“It’s out of his hands now and the minister [Senzo Mchunu] will have to sort it out,” Viljoen said.
The budget document does, however, say that Cabinet has again reaffirmed its support for the February proposal for the wage bill to be cut to rein in government expenditure.

Although South Africa’s economic growth forecasts bear little resemblance to what is happening in the rest of the world, Treasury said domestic fiscal policy and the implementation of economic reforms in the next six to 12 months would determine the growth trajectory in the next few years. These would be set out in the medium-term policy budget statement. Viljoen said plans announced in February were not new and raised questions about the state’s capacity to implement reforms to lift South Africa out of recession and about its ability to stabilise debt at acceptable levels. – Riana de Lange 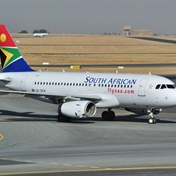 Choose a newsletter
Voting Booth
Are the taxi associations justified in their ultimatums to government regarding loading capacity and debt relief, and in their increase of fares?
Please select an option Oops! Something went wrong, please try again later.
Yes, they need the money
12% - 38 votes
It’s irresponsible
48% - 156 votes
No, we should boycott
41% - 133 votes
Previous Results
Podcasts
Podcast | Mistakes to avoid with your own business