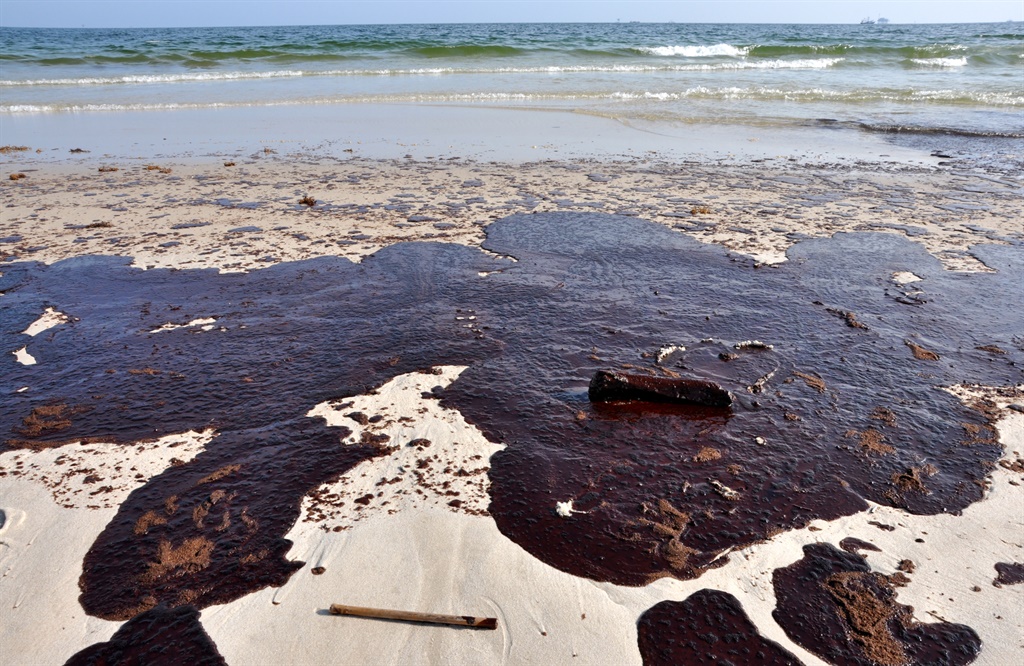 Environmentalists and conservationists are calling for an immediate stop to bunkering in Algoa Bay, Port Elizabeth, until all measures aimed at protecting future oil spills are put in place and implemented.

A pressure group has been formed to fight the continuation of the operation. The group says its numerous concerns, including environmental impact considerations and safety measures, have not been addressed by bunkering companies.

The lobby group is also demanding the listing of the operation by the department of environmental affairs as it poses a danger to sea life and tourism.

The outrage follows last month’s oil spill during bunkering at the Ngqura Port, 20km northeast of Port Elizabeth, which resulted in between 400 litres and 600 litres of oil being spilt into the sea, affecting more than 200 endangered African penguins and their eggs.

Another oil spill occurred in 2016, just three months after the launch of bunkering in the bay.

At a meeting last week, organised by Nelson Mandela Bay Tourism and attended by tourism and conservation stakeholders, numerous concerns were raised about the dangers of bunkering, and a call was made to authorities to reconsider allowing bunkering in Algoa Bay.

Following the spillages, Lloyd Edwards, the operator of boat-based whale watching excursions, said the authorities needed to “strongly and carefully look at” bunkering

We want risk assessments, environmental impact assessments, and financial and sporting assessments done before operations resume. Currently, none of these mitigating factors has taken place

Algoa Bay’s internationally renowned tourism and conservation assets, such as its role in the humpback whale migration and its recently achieved status of being the world capital of the bottlenose dolphin, must be nurtured and guarded jealously.

He said people must consider the substantial marine tourism revenue brought into the metro compared with the viability of bunkering, with its damage to the tourism industry.

Environmental consultant Ronel Friend told City Press that a “concern report” would be compiled and submitted to the departments of environmental affairs and transport to highlight their gripes about bunkering.

“... to the environmental affairs department, we want the minister to declare bunkering a listed operation. We also want all current operations ceased forthwith until all environmental, safety and licensing concerns are addressed,” said Friend.

“We want risk assessments, environmental impact assessments, and financial and sporting assessments done before operations resume. Currently, none of these mitigating factors has taken place.”

Another great concern, says Friend, is the increase in huge vessel traffic, where, at any given time, there are about 50 vessels anchored for refuelling. Refuelling or bunkering in marine terms is carried out using a small tanker to pump the bunker fuel into the bigger ship. Picture: iStock/Getty Images

There is only one company – Xtreme Projects – that has the capacity to clean the sea after an oil spill. The SA Marine Safety Authority has admitted it has no such capacity.

Organisations such as SA National Parks and the Southern African Foundation for the Conservation of Coastal Birds rehabilitate and clean the oil-slicked birds and release them back into the sea.

Friend says the oil is a heavy fuel and extremely toxic, and can sink to the bottom of the sea.

In the recent incident involving the Liberian vessel Chrysanthi S, which was being refuelled by SA Marine Fuels, the vessel, after having been detained for a week, was fined R350 000, and a letter of guarantee for R5 million security to cover the clean-up operations was obtained. The ship was only released after the fine was paid, and it continued on its journey to Argentina.

Alan Straton, a sailor, said the bunkering ships used to take precautionary measures by placing containment booms around both ships, but they no longer do this. He added that, during the first quarter of last year, about 1 000 ships anchored in Algoa Bay.

We live in a world where facts and fiction get blurred
In times of uncertainty you need journalism you can trust. For only R75 per month, you have access to a world of in-depth analyses, investigative journalism, top opinions and a range of features. Journalism strengthens democracy. Invest in the future today.
Subscribe to News24
Related Links
How Total’s CEO pounced on Anadarko’s African energy assets
Eastern Cape worried about losing R80bn oil project to KZN
Slavery, food, treasure: Who really owns the oceans?
Next on City Press
Consumers feel the pinch as inflation hits expected 5% mark