Survey to break stalemate on whether to mine in Xolobeni 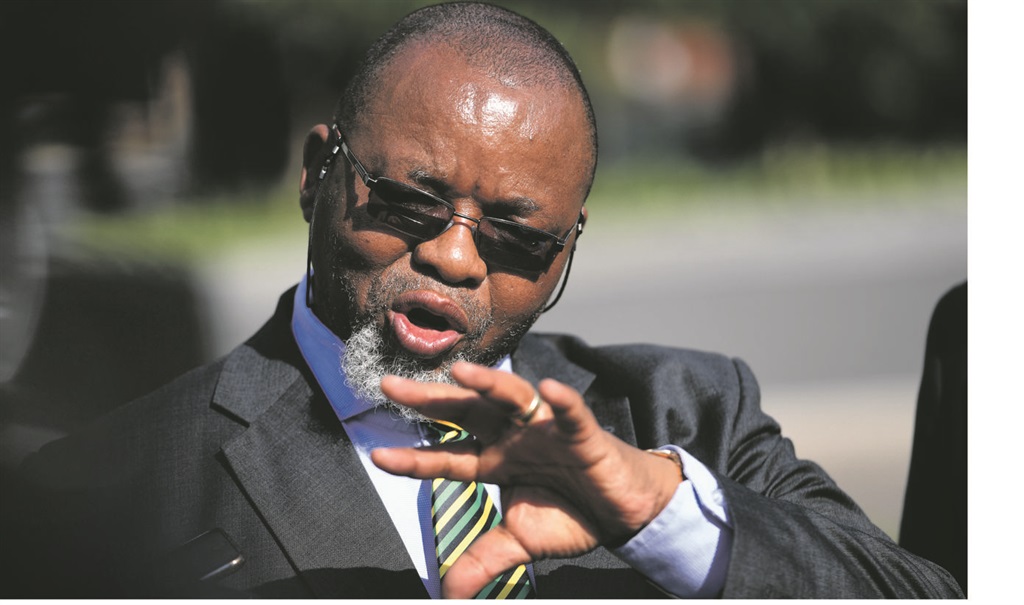 The Australian mining company, Mineral Commodities (MRC), will not be granted mining rights in Xolobeni if wrongdoing is found at their mining operations in the Western Cape.

This was revealed by Mineral Resources Minister Gwede Mantashe last week during a tense and violent meeting in Xolobeni village outside Mbizana in the Eastern Cape, where he met with local people about the prospects of mining titanium in their area.

Mantashe, who was forced to abort the meeting amid protest from those who do not want mining, told City Press that his department would visit MRC’s Tormin mineral sands project in the Western Cape on February 8.

“We are going to the Western Cape to look at the operations of the mine ... What we want to see is if it is doing the right things. Is it complying? And if it is not complying we won’t give them a licence here [in Xolobeni].”

Earlier, while addressing about 2 000 villagers at the Xolobeni Sports Grounds, Mantashe called on those who want to accompany him when he visits Tormin mine to do so.

“If what is happening in the Western Cape is not right, we are not going to give them the licence for Xolobeni. We will then look for a mining company that is going to bring development here,” said Mantashe. Mablasi Yalo (67) and her granddaughter, four-year-old Azola, walk along the red dunes in Xolobeni near Mbizana in the Eastern Cape. Picture: Leon Sadiki

Heavily armed police had to barricade the entry points to the Xolobeni Sports Grounds and people were searched for dangerous weapons.

Those with fighting sticks and knobkerries were told to leave them behind before going to the meeting.

In April last year, the Mail Guardian reported that the Tormin mine, which began its operations in 2015, breached the 15km boundary they were supposed to mine within.

This led to the collapse of a 17-metre cliff.

John Clarke, a social worker, who has close ties to the Amadiba Crisis Committee, which is opposed to mining in Xolobeni, said Mantashe’s comments about visiting Tormin could indicate that the government was looking at ways of dumping the Australian company but were trying to avoid being sued at the same time.

Clarke, who also attended the violent Xolobeni meeting last week, said MRC was taking short cuts at the west coast mine to ensure that they extracted the minerals from the beach and put them into the market as quickly as possible.

He said it was not that he was opposed to mining in Xolobeni, but was against certain approaches to mining.

“I have engaged with people in the mining industry. They are embarrassed with this mining company (MRC) and, interestingly, none of the established mining companies wants to touch this thing (Xolobeni mining project).

“So that is why you have these fly-by-night operators, who are ready to take huge risks and gamble.”

He said he had previously told Mantashe that his motives could be viewed as suspicious because he seemed to be supporting the mining company, but that the minister assured him he had no particular brief for the company.

“But government has put a lot of money into this thing. And they don’t want to lose money. I think at the present moment the minister is concerned about finding a legal way to get rid of them (MRC) without them suing him for breach of promise or whatever it was,” Clarke said.

Meanwhile, at the meeting last week, Mantashe said a survey should be conducted in Xolobeni in order to break the stalemate between those who were in favour of mining and those who didn’t want it.

“What we are going to do now is to conduct a survey in this area ... The outcomes of that survey would be taken to court to be certified and then, depending on what the majority say, we can determine what to do next,” he said.

Nonhle Mbuthuma, Amadiba Crisis Committee secretary and spokesperson, said they would continue to oppose mining in Xolobeni – no matter what the minister said.

“We are opposing mining because it is not a sustainable development. And we are for development ... And we said many times that we want eco-tourism here; we want our communities to be accessible. And we want agriculture.

“But because government’s agenda is to push mining, they say it can coexist with tourism. There is no way that mining and agriculture can coexist. Once you mine, the land gets destroyed and it’s irreversible. Where are we going to plant our sweet potatoes when there is mining?” said Mbuthuma.

Mncedisi Nxumalo, secretary of Amadiba Foundation, which is a pro-mining group, said they wanted mining because it would help develop the Amadiba Administrative Area, which Xolobeni village belongs to.

“Mining will create a lot of job opportunities and help develop the skills of our people. This project will also assist in complementing service by government through the building of schools and clinics, and accessibility in terms of road infrastructure.

“It will make a huge difference in people’s lives in general,” said Nxumalo.

City Press sent Mineral Commodities questions regarding the Xolobeni project via email, but no response was forthcoming.

Related Links
Stun grenades, flying chairs: Xolobeni mining meeting turns violent
Mantashe: Xolobeni ruling means we could have no mining in SA
Mining giving the power to the people
Share
Next on City Press
Friends and friction: The virus has no legs. We do