UIF says uFiling to be fixed by July

The month-long delays and endless frustration caused by problems with the availability of the updated electronic uFiling system should be ironed out by mid-June, the Unemployment Insurance Fund (UIF) has promised.

Employers and consultants, who must enter employee details on the electronic system in order to pay their unemployment contributions, and workers who want to claim from the UIF will likely take the promise with a pinch of salt – the UIF previously promised that all technical problems would be resolved by April 1.

Over the past two months, City Press’ sister publication Rapport has received scores of complaints from employers and consultants battling with the uFiling system on a daily basis.

uFiling is a free online service offered by the UIF, which allows employers to fill out their UIF declaration about employee salaries and pay their monthly contribution to the fund.

Since February, uFiling has frequently been unavailable.

When it has been available, employers could not submit data on employee salaries, which meant that payments and repayments could not be calculated. Some say they went up to three months without being able to upload information on to the site.

There are also concerns about historical data that is allegedly no longer readily accessible.

One consultant complained that the spelling of the names of suburbs on uFiling differed from the accepted spelling, which made it difficult to complete submissions without getting an error message.

Makhosonke Buthelezi, director of communication at the UIF, this week said that technical problems and changes to the system to accommodate the client base had been solved.

According to him, most glitches will be a thing of the past by Friday and the UIF is confident that everything will run smoothly by mid-July.

According to Jetro Malapane of the SA Payroll Association, the problem started when the system was upgraded this year and technical issues emerged when the UIF’s data centre moved to new premises.

Malapane said the UIF offers temporary financial relief to employees who are without work as a result of maternity leave or illness.

Employers and employees contribute to the fund on a monthly basis.

The UIF said there was little disruption in respect of the adjudication and payment of claims by unemployed persons, as this part of the business had not been affected.

Out of a total 1 514 claims that were received in April, 1 387 had already been finalised by Thursday.

In the 2016/17 financial year, the UIF paid out approximately R8.5 billion in benefits.

Those complaining said the situation had been exacerbated by the fact that telephone calls to the call centre went unanswered.

Sometimes callers had to be satisfied with a pre-recorded message indicating that a call could not be answered within the following two hours.

Buthelezi said the call centre had handled about 27 000 complaints in the past two months.

An employer complained that as a result of the endless problems with the system they had not been able to process their contributions since February.

Buthelezi said provisions had been made for employers to make the payments that were due in previous months.

He emphasised that the historical data which employers had entered was not lost, however, the process of accessing it was different from the manner in which it was done on the old system.

“Because it’s a new system, some users will still struggle to navigate it and that’s why we’re training personnel in our head office and provincial offices to assist users. More personnel will be deployed to help with uFiling queries and a self-help guide to solving problems will be made available on the website and on media platforms. Various information sessions are being planned for June.”

Buthelezi said individual issues could be reported via email at adminchangerequest@labour.gov.za.

Consultants collecting information on behalf of employers have also complained that the new system requires a new password (even if you are a registered user) and that a generic password has not reached them.

The UIF confirmed this, but said the functionality of the system had been improved so that employers would have better control. Previously, there had been problems with consultants tampering with employer information without the employer’s permission.

The improved system now requires that employers give permission to agents who work on the uFiling system on their behalf. That’s why consultants could not log on without having first received the necessary permission, Buthelezi said. 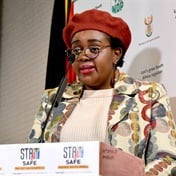