Unemployment drops for the second time in a row 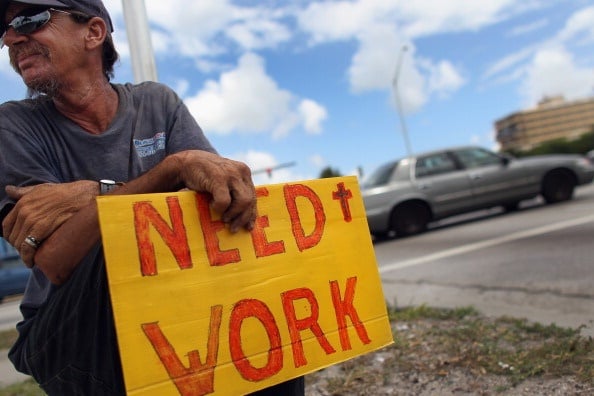 This brings the overall number of those unemployed to 7.7 million. Photo: Getty Images

South Africa’s official unemployment rate dropped for the second consecutive quarter to below 33% in the three months to September.

This after the number of unemployed people dropped by 1 percentage point for the first time since the first quarter of 2021. This brings the overall number of those unemployed to 7.7 million, according to figures released by Stats SA on Tuesday.

“Despite the fact that we’ve seen many economic challenges, including the ongoing load shedding that has hampered the economy, we’ve still seen job creation in the last quarter. I hope that we can accelerate economic growth and create more jobs in the economy.”

Econometrix director Azar Jammine said the figures should be looked at from the perspective of an economy that’s still catching up on jobs lost during the Covid-19 pandemic lockdowns.

There is still a long way to go. One needs to bear in mind that the level of employment creation that we have seen thus far is still insufficient to get to where we were pre-Covid.

The biggest job gains were it the formal sector, with 235 000 jobs created there, while sectors that saw the largest increases in employment were in manufacturing, which witnessed a recovery following the KwaZulu-Natal floods in April this year. The trade, construction and transport sectors also noted positive growth rates in the third quarter.

READ: Over 70 people still missing from the KZN deadly floods

Economists said these numbers demonstrated the economy was not collapsing and had some resilience, even in the face of load shedding and depressed business confidence.

For the third quarter GDP, I do forecast a positive number quarter-on-quarter of 0.3%, which compares with the 0.7% contraction of the second quarter. There has been resilience among the energy-intensive sectors such as mining and manufacturing; those sectors fared better than we expected, given the extent of load shedding. With the knowledge now that there was job creation, I am comfortable that we will see a positive GDP growth number in quarter three.
Elize Kruger

But, downwardly revised economic growth forecasts for both the global and domestic economies may pose a challenge for those who will be coming out of school and looking to join the labour market in the new year. The domestic and global economies are expected to come under added pressure in 2023 on the back of Russia's war against Ukraine and China’s Covid-19 lockdowns.

Jammine said: “You really need to be talking about creating 200 000 to 300 000 jobs a year just to prevent the unemployment rate from rising and we’re not there yet. And we need economic growth of 3% to 5% per year to get the jobless rate to decline on a sustainable basis.”

Job losses were registered in the finance sector, which lost 80 000 jobs; the rising cost of living saw jobs in private households drop by 36 000; and mining and agriculture lost 1 000 jobs each.

The expanded unemployment rate declined to 43.1% in the third quarter, while young people continued to bear the brunt of joblessness, with unemployment levels for the age groups 15 to 24 years and 25 to 34 years highest at 59.6% and 40.5%, respectively. Black African women continue to be the most vulnerable, with an unemployment rate of 39.1%.

We live in a world where facts and fiction get blurred
In times of uncertainty you need journalism you can trust. For 14 free days, you can have access to a world of in-depth analyses, investigative journalism, top opinions and a range of features. Journalism strengthens democracy. Invest in the future today. Thereafter you will be billed R75 per month. You can cancel anytime and if you cancel within 14 days you won't be billed.
Subscribe to News24
Next on City Press
Crisis commitee sets out plans to secure power