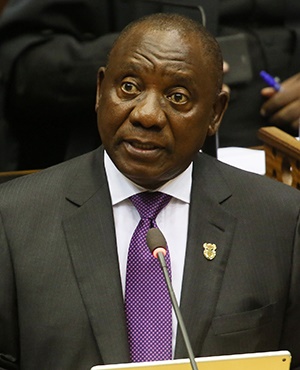 The implementation of the minimum wage, President Cyril Ramaphosa’s pet project, is set to be delayed as the National Assembly goes on recess this week without passing the proposed laws that will compel employers to pay at least R20 an hour from May this year.

It was Ramaphosa’s intervention this week in what some viewed as an attempt to push the Minimum Wage Bill and two relevant laws – the Labour Relations Amendment Bill and the Basic Conditions of Employment Bill – through Parliament to meet the May 1 implementation date that led the ANC to concede and agree to extend the period to process the bill to avoid possible litigation.

Presidential spokesperson Khusela Sangoni told City Press that Ramaphosa was of the view that the legislative process around the national minimum wage should be as thorough, inclusive and consultative as possible, a position he has communicated to all stakeholders.

“Obviously, adhering to this may create delays, which the president appreciates”.

The president remained confident, though, that the legislation would be finalised as soon as possible after the initially set deadline, she added.

City Press understands that Ramaphosa gave an instruction to hold off on the passing of the bills after labour federation and ANC ally Cosatu general secretary Bheki Ntshalintshali raised concerns with him this past week.

Cosatu’s parliamentary coordinator, Matthew Parks, told City Press that Ntshalintshali spoke to Ramaphosa about the trade union federation’s concerns that the bill was being rushed through Parliament without MPs considering public input.

The labour committee that is processing the bills, which only started public hearings on Thursday, was hoping to present the proposed laws to the National Assembly on Tuesday for approval. Tuesday’s will be the last plenary session ahead of the three week Easter break.

Cosatu’s request was for the National Assembly committee to be given until the end of April to work on the proposed law and possibly pass the bill by May 1, before passing it on to the national council of provinces for further working.

“We’re happy it will give the portfolio committee time to go through submissions and do its job properly, and avoid risk of court challenges,” said Parks.

The DA and EFF also registered their concerns with the labour committee’s acting chairperson, Sharome van Schalkwyk, who told the public hearings on Thursday about the numerous concerns from opposition parties and other interested parties about “a rushed process”.

She added that it would not be possible to place the bill for debate and adoption in front of the House by March 27, as such the committee will have more time to spend on the bill.

He announced that the minimum wage would be implemented from May 1, a promise he reiterated in his state of the national address last month as he referred to it as a historic achievement which was a realisation of one of the demands of the Freedom Charter.

The wage agreement is expected to increase the earnings of more than 6 million working South Africans and improve the living conditions of households across the country.

We live in a world where facts and fiction get blurred
In times of uncertainty you need journalism you can trust. For 14 free days, you can have access to a world of in-depth analyses, investigative journalism, top opinions and a range of features. Journalism strengthens democracy. Invest in the future today. Thereafter you will be billed R75 per month. You can cancel anytime and if you cancel within 14 days you won't be billed.
Subscribe to News24
Related Links
Minimum wage bill erodes R20m deal
Next on City Press
Illegal mining: the biggest threat to the mining industry