Unions keep win-win deal under wraps, but the ball is in Eskom’s court 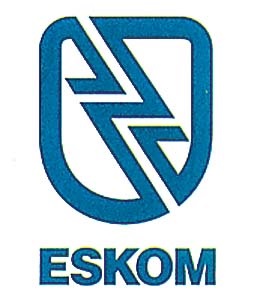 Eskom is still under pressure, even though it is engaging in talks with trade unions.

Trade unions are holding firm on their wage proposal to Eskom, but are keeping details of the proposal under wraps.

They believe it is a win-win deal – if the power utility accepts it, it will rescue Eskom from its current financial crisis while also dealing with the wage demands.

Eskom had initially offered a 0% increase for the current year, while Numsa and the National Union of Mineworkers demanded a 15% hike.

On Tuesday Eskom made an offer of a four-year agreement.

The offer included a wage increase offer of 4.7% for 2018, and an inflation based increase for every year thereafter for the next four years.

“We deliberated and debated the offer overnight and reconvened for a meeting with Eskom management today. As the trade unions we consolidated our positions and presented our comprehensive demands to Eskom. We believe that if Eskom accepts our proposal it will rescue Eskom from the financial crisis it finds itself in, while also dealing with the wage demands our members have made,” the unions said in a joint press statement.

They opted to keep the details of the proposal under wraps.

“This is a delicate process. We want to avoid a situation where we bargain through the media,” they said.

The unions hoped to get positive feedback on Thursday.

“We are engaging meaningfully with Eskom and we are trying to find each other. We are very mindful of the pressure from the public and our members on the progress we are making and we are doing everything in our power to find a solution which will suit the interests of our members, and the public at large.”

The embattled power utility said that load shedding would only be implemented as a last resort.

“Should load shedding be implemented this evening it would be for a period of up to four hours,” Eskom warned.

Eskom also said load shedding was conducted as a measure of last resort to protect the power system from a total collapse or blackout.

The country has since last Thursday experienced routine blackouts, as Eskom battled to restore supply challenges created by workers’ demonstrations at power plants.