You con the working class at your peril 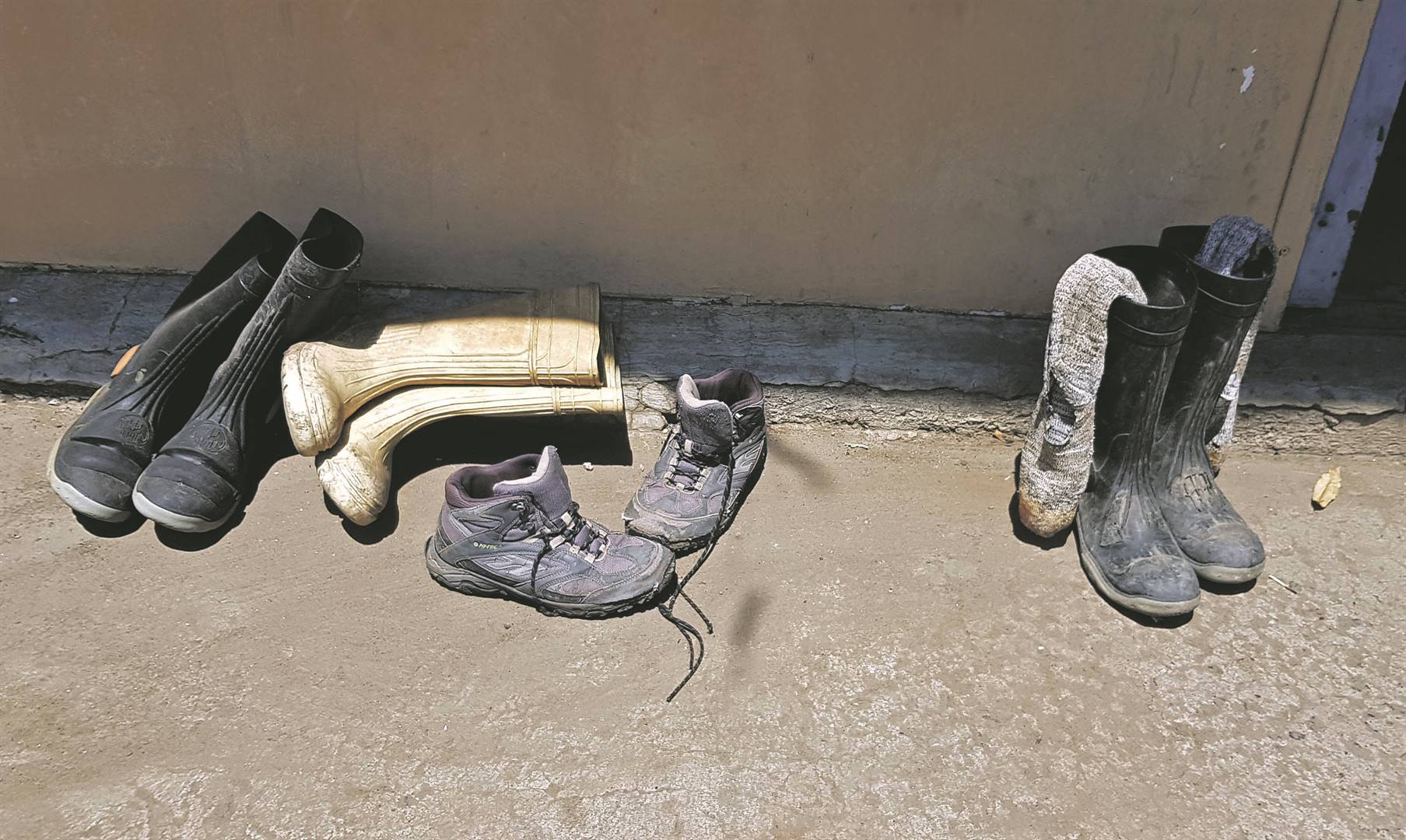 Boots of former mine workers who are still stranded at Circle Labour hostel as they continue to wait for their provident funds payments in Rustenburg Picture: Tebogo Letsie

The debates will rumble on in the coming weeks about what the precise effects of the latest budget will be. And much of this discussion will almost certainly be about how the “middle class” is coping.

This constantly referred to social category is presented as comprising South African individuals and families aspiring to higher status and enjoying fairly comfortable lifestyles, but suffering under the burden of growing debt.

Many commentators and the mainstream media also inform us that the majority of this class is made up of relatively new entrants from previously disadvantaged backgrounds.

Into this comes the narrative about “black tax” and the role this plays in effectively impoverishing members of this group in relation to their peers in the formerly privileged — white — segment of society.

It is implied that the officially formerly privileged grouping does not, by and large, have the same obligations to family and kin.

This tax argument is, of course, a factor rooted in history and culture, but the analysis is flawed.

It is another example of the myth that the post-apartheid dispensation has elevated substantial numbers of the previously most oppressed and exploited to a level above that of the working class.

It is an argument that has worked to the benefit of various elites, both here and around the world, for certainly more than a century.

It implies that the interests of this middle class lie more with the establishment and the elites than with the working class from which they admittedly come.

This is crudely, but accurately, summed up in cynical British lyrics sung to the tune of the labour anthem, The Red Flag: “The working class can kiss my arse / I’ve got the foreman’s job at last.”

The foreman is given slightly more pay and greater status to work to ensure greater productivity. Still a wage slave, the foreman is encouraged to think that he or she is now part of the ruling establishment, sharing the interests of the elite rather than that of the majority.

It is a fiction. But those who promote it admit, in doing so, that we live in a class-structured society.

So what is middle class?

I have, consistently in this column, maintained that the definition of a worker is anyone who sells their labour to survive; the implication being that this labour is sold to the profit of the hirer.

In other words: The rate paid to the worker is only a portion of the value of the work done.

This applies very much to the growing legions in the gig or “self-employed” sector, be they motor cycle couriers, journalists or hairdressers.

In almost all cases these are people who rely on contracts or casual work from employers who pay less for their labour than their employers benefit from it.

Given this reality, it seems nonsensical that — as is the case — middle class tends still to be defined as any family with an income exceeding R20 000 a month.

After all, many skilled workers – members of trade unions and proudly claiming their working class credentials – earn more than R20 000 a month.

But, while a slightly higher income does make for a more comfortable — more “decent” — lifestyle, it does not objectively remove most individuals from the ranks of the working class: income alone is no determinant of class position, either objectively or subjectively.

And there is nothing like retrenchment notices to remind any “foremen”, however much they might have deluded themselves (subjectively), of their (objective) class position.

And those once deluded can become very angry indeed at having been conned.

Related Links
Inside Labour: There is a darker view of joblessness
Inside Labour: Strap in, it's the rise of the machines
Inside Labour: Union agenda has to put people first
Share
Next on City Press
Good harvests and more exports lead to boom in agriculture sector