Heading for a poor sandwich generation 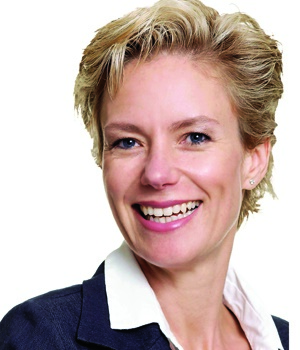 Johannesburg - I have to confess that the latest results from the Old Mutual Savings & Investment Monitor made for sombre reading.

We all know households are starting to reel from multiple price and economic shocks as we face a weaker economy, tax and interest rate increases, and electricity and petrol price hikes. But what is especially concerning is that the indicators suggest that household finances are set to deteriorate further, especially for the so-called sandwich generation.

Approximately a quarter of the economically active people interviewed for the survey described themselves as part of the sandwich generation – so called because they support both children and ageing parents. This is the highest level since the survey began in 2009.

While this is a global phenomenon, South Africa has the added burden of supporting extended family, with a third of respondents saying they have dependants other than children – and this has increased from 25% in 2010.

It is clear that the sandwich generation is battling to make ends meet.

Nearly a third of the people who fall into the sandwich generation are overdue on debt repayments, compared with 15% of “non-sandwichers”.

The research suggests that this trend is expected to continue upwards, with 55% of those interviewed expecting to look after parents or other family members in the future.

This is a significant increase from 48% last year, and most of those who expected to care for their parents are aged between 18 and 30. Moreover, 41% of parents interviewed believed that their children should take care of them in retirement.

So the expectation is clearly there – especially among the lower-income earners, where 56% of those interviewed believed their children would care for them. The burden continues to fall to the younger generations, who in turn are already struggling to find work. The current unemployment rate for those younger than 25 who are actively looking for work is now in excess of 50%. That means only one out of every two young people is gainfully employed – yet the burden of supporting older generations is expected to fall to them.

Considering the high level of youth unemployment, the figure that more than half of 18- to 30-year-olds interviewed still live at home would make sense. Except these figures are not as they appear because the Old Mutual survey only interviews working adults.

Lynette Nicholson, research manager for the Savings andamp; Investment Monitor, says that, unlike other countries where parents are often supporting their adult children, many of these youngsters are living at home to support their parents.

“We found that with working people aged 18 to 23, nearly a third have dependants other than children – nearly half of the younger generation still living at home are supporting their parents, not the other way around.”

This can only mean that the rate of dependency on those who are employed is growing.

“The research shows that people are looking to family and friends for both advice and for help with money,” says Nicholson.

As the credit line from formal institutions dries up, people end up looking to their inner circle for loans. The survey found that personal loans from financial institutions had declined from 20% to 16%, but that loans from family and friends had increased from 7% last year to 10%.

In lower-income groups, this figure was even higher, with 18% of people borrowing from family and nearly half saying they repay them “irregularly or only when they can”.

As the economy continues to slow, and with no real prospect of employment rates increasing, the dependency on those who have some money will continue and there is certainly no sign that the younger generation is making an attempt to break the cycle of dependency in terms of their own financial futures.

Young professionals need to understand the financial pressures they will be facing and start to make sound financial decisions immediately that do not involve taking on unnecessary debt and start saving money for their future.

We live in a world where facts and fiction get blurred
In times of uncertainty you need journalism you can trust. For only R75 per month, you have access to a world of in-depth analyses, investigative journalism, top opinions and a range of features. Journalism strengthens democracy. Invest in the future today.
Subscribe to News24
Related Links
What you should know about your retirement fund
How experiment saved One Rand man from hefty hospital bill
Savings: The upside of rising interest rates
Next on City Press
Why is personal branding important for job seekers Read more on:
savings and investmentmoney
Podcasts
Podcast | How to pay off your home and car