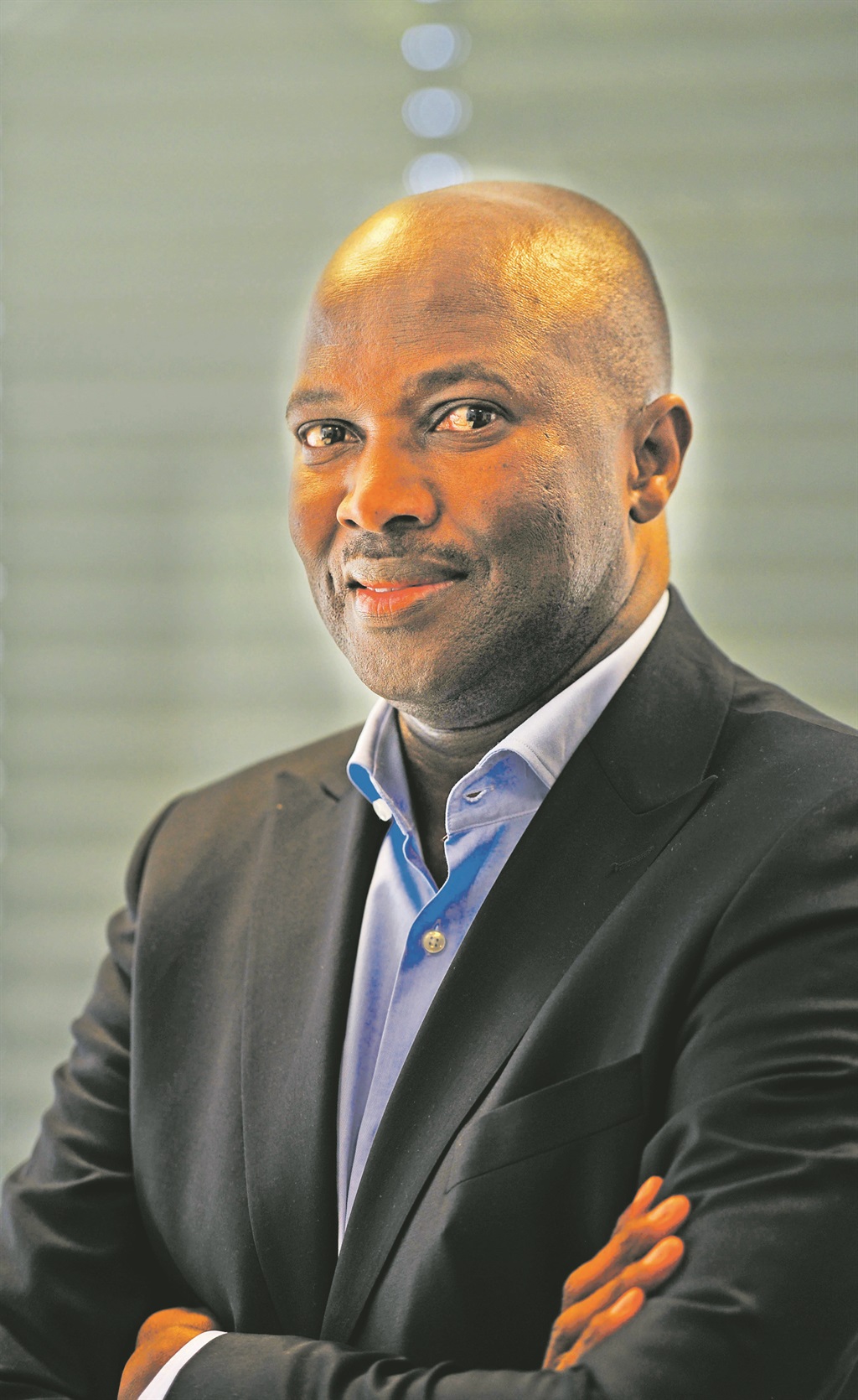 Chatting to City Press at his IBM offices in Sandton this week, Ratshefola said that growing up in Mahikeng, after his family moved there from Lichtenburg, was as challenging as it was for any of his peers but he learnt to be resourceful.

The eldest of five siblings and raised by a single mother who was a nurse, Ratshefola has always had a job in order to help his family and put aside savings for rainy days.

He confesses he was not the brightest of learners in his primary school days; in fact, he claims he was exceptionally poor. “My primary school days were disastrous and they [the teachers] used to tell me that I was very bad at primary school and it was only later that I applied myself and put in work in my books,” he said.

At 15 years of age, he worked as a tea boy for an engineering company and that helped set his first career ambitions.

After matriculating from Kebalepile High School, he was fortunate enough to be part of Anglo American’s 12-month undergraduate programme in Rustenburg. This was meant to groom him before he headed to university to study engineering.

However, after completing the programme and being exposed to the office honchos, who pay the salaries of the mining engineers, he changed his mind and decided to pursue a bachelor of commerce degree at the now defunct University of Bophuthatswana.

At varsity he worked throughout the holidays as a bookkeeper at a local bank, became politically active and, in his last year, enrolled as a night school student while working at a bank during the day.

After graduating, he headed to Johannesburg to join IBM as a trainee system engineer while staying with his uncle.

“I started my job at IBM and life was good and the company looked after me well. By 1993, I became a system engineer and that’s when I moved to sales; I didn’t need convincing; I saw they were making money,” he said.

Starting out as a salesman, Ratshefola “had a miserable year in sales and even my boss thought I was going to resign because I didn’t meet my targets”.

The following year, after a change of strategy, he exceeded his targets well and even made it into the company’s global elite club programme, which is reserved for top performers, and the year after that he improved further and made it into the golden circle.

“I realised that I needed to spend time and network with everyone, influencers and recommenders, not just the decision makers, and that strategy worked,” he said, adding that the great sales performances afforded him the opportunity to travel across the world.

In 1996, he was promoted to sales manager, a position he says saw his financial fortunes suffer but the following year he was made to manage the company’s public sector business.

“Before I took that position, I got an assignment to go work for my boss, who was based in London, and was on an eight-month programme,” he said.

During that period he travelled the world, learning from the various public sector businesses of the company.

Ratshefola said that even though he was reduced to carrying the bags of prospective executives while on the programme, it was one of the most eye-opening periods of his life.

When he returned to South Africa, he managed the public sector business in the country and two years later he called it quits and joined Computer Configuration Holdings.

A year later he started his own business, Cornastone, with a partner. He remained at this business for 12 years as managing director until he exited and sold his stake. Shortly after exiting Cornastone, IBM brought him back as a sales director in 2013.

“The biggest lesson is to know your industry, know your subject matter, and you have to drive results and be outcome-based,” he said.

He pointed out that he also realised that what sets corporate executives apart is industry knowledge, relationships and the ability to execute. “In this country, we have great plans ... but the problem is execution,” he said.

He admitted that the sector was not yet transformed but he was fortunate to be working for a company that started transformation before there were any rules for it.

He points out that the country needs a thorough skills audit and that data would be useful to build the right skills.

He also highlighted that there seemed to be a lot of impatience among young professionals on career progression.

Having come full circle from starting out at IBM and returning to be the boss, Ratshefola does not rule out the possibly of going back to owning a business.

When not running IBM’s local unit, Ratshefola participates as an elder in activities at his local church.

Llewellyn Prince
We live in a world where facts and fiction get blurred
In times of uncertainty you need journalism you can trust. For only R75 per month, you have access to a world of in-depth analyses, investigative journalism, top opinions and a range of features. Journalism strengthens democracy. Invest in the future today.
Subscribe to News24
Next on City Press
How to help employees deal with mental and emotional health stressors during pandemic

Read more on:
ibmprofile
Podcasts
Podcast | Tax tips for freelancers and side hustlers