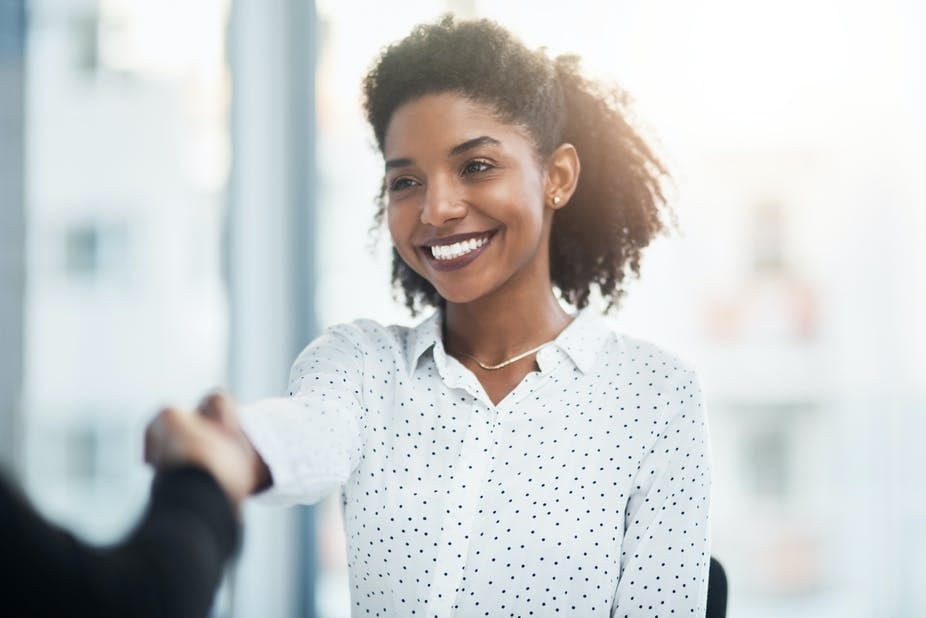 Graduates in the science, engineering and technology fields enjoy an advantage in the labour market. Photo: Getty Images

Labour markets around the world are undergoing significant changes – particularly in non-tech sectors. South Africa hasn’t been spared from this wave of change. The country has high unemployment rates by global standards, both at national level and among the youth.

According to some theories, higher education leads to better labour market outcomes and improves future income through better career paths. But these theories have been criticised in countries with high rates of unemployment, where even graduates often struggle to find employment. It seems higher education is no longer a guarantee of a job.

In 2019, South Africa had the largest share of mismatched workers, with skills mismatches of more than 50% and the lowest productivity levels compared with 30 countries including India and Russia. Other studies have found the incidence of educational mismatch to be similarly high in South Africa. A quarter of the respondents were over-educated and 27% were under-educated for their occupations.

Yet many students continue to enrol for qualifications with low employment prospects. According to the 2019 Post-School Education and Training Monitoring report, between 2010 and 2016, the field of humanities accounted for the biggest share of graduations (6.6%). This was followed by science, engineering and technology, business management and education – with graduation rates of 5.5%, 5.2% and 1.8% respectively.

My research in South Africa suggests that a graduate’s pathway depends on their field of study. Studying the relationship between career choice and unemployment length revealed the most important factors affecting graduate unemployment were qualifications and majors. These didn’t appear to be aligned with labour market requirements. To achieve a better alignment, it’s also important to know why students are choosing to study subjects that aren’t in high demand.

I surveyed a random selection of graduates aged under 35 who were alumni of one South African university. Most of the respondents had a degree in commerce (53%), followed by humanities (25%) and then science and education (both at 11%). Most – 88.8% – were employed.

The career category with the most unemployed respondents (23.1%) was human resources, industrial psychology and labour relations. About 15.4% of the unemployed graduates had majored in government or political studies. Another 15.4% had majored in accounting or finance and 11.5% in economics, psychology or sociology.

Human resources, industrial psychology, labour relations management, public management, public administration and politics remained the most popular majors. Yet, many graduates in these mainstream subjects had to wait for a long time before finding a job. In particular, the waiting period was longer for graduates who majored in public management, public administration and politics (about 19 months compared to the 10.5 months for graduates who majored in human resources, industrial psychology and labour relations). Accounting, maths, education and health graduates had the shortest average waiting periods.

Those majoring in mathematics, statistics and engineering took about seven months less to find a job than human resources and labour relations studies graduates. The latter group were unemployed for an average of 10.5 months. Accounting and financial management (maths-related) graduates took about three months after graduation to find a job. So did those who majored in language and communication.

Of the graduates who were employed, more than 70% were employed in a job relevant to their field of study, while around 27% were in jobs that didn’t relate directly to their studies. About half of the latter indicated that they were in a job requiring lower skills than those they had acquired during their studies – for example, a graduate with an accounting degree working as a cashier.

Of those who were unemployed, 80.8% were black graduates and only 19.2% white. And more than two-thirds of the respondents with humanities degrees were black.

The choice to study a particular discipline is affected by many factors, most of which are beyond the control of students, such as family background, schooling, race, higher education institution, employer perceptions and many others.

The mismatches between educational achievements and job requirements give rise to under-employment – where an individual is employed in a job that is lower by some standard, be it working hours, income or skills and qualifications.

These mismatches and skills shortages have been pervasive. Some studies point to them as systemic and connected to many factors. These structural aspects are still prevalent more than two decades after the end of racial segregation in the country.

A focus on the supply side of the youth labour market – starting with the basic education curriculum – will ensure that graduates are adequately skilled to meet the needs of the labour market. Otherwise mismatches will continue to rise and be masked by increased access to higher education and low graduate unemployment rates.

Mncayi is a lecturer and researcher at North-West Univerity

We live in a world where facts and fiction get blurred
In times of uncertainty you need journalism you can trust. For only R75 per month, you have access to a world of in-depth analyses, investigative journalism, top opinions and a range of features. Journalism strengthens democracy. Invest in the future today.
Subscribe to News24
Next on City Press
How to tackle the inertia of the youth