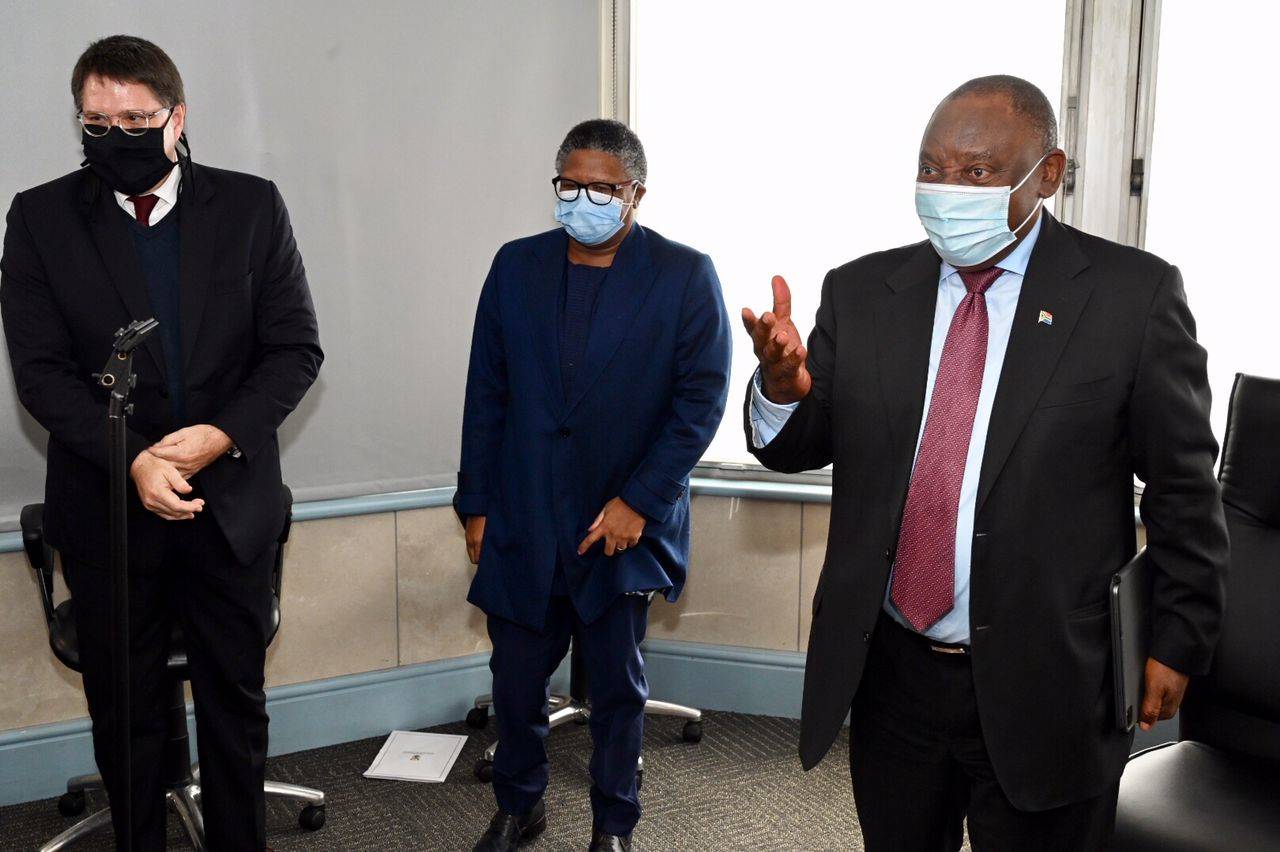 President Cyril Ramaphosa with his iPad in hand after announcing the establishment of the Transnet National Port Authority as an independent subsidiary of Transnet during a media briefing at the Port of Cape Town. Picture: GCIS

When Archbishop Desmond Tutu referred to South Africa as a miracle nation, he never would have foreseen the extremes we would go to in order to prove just how miraculous we are.

One of the most enduring miracles of the year was, of course, the story of the birth of 10 babies by one woman (now we know they are called decuplets). It was one of the biggest stories that put the country back into the limelight internationally – with international media retelling it to their audiences overseas.

International attention intensified when we went into the Guinness Book of Records. Only to be told it was all a dream. Oh, what a wet dream Piet Rampedi gave us as a nation! A miracle of a wet dream.

We were still in the middle of this wet dream when another miracle happened. Kaizer Chiefs actually won a football game. Narrow goal margin, yes, but they won a game.

What a miracle it was to realise that this outfit of perennial losers can still win something. Okay, comrades, I’m a Pirates man; I’m only flesh and blood. Or, if you insist, skull and bones.

But we move on to another miracle.

There was also Pastor Bushiri and his wife, Mary. The two are seasoned miracle performers. They claim they can cure Aids, make people rich, secure husbands for lovelorn spinsters.

The couple fled the country in November 2020 while they were both on bail after being charged with fraud and money laundering allegedly to the tune of R102 million.

Just to show what a miraculous country we are, our security authorities – the very people who were allegedly looking to arrest the Bushiris – allowed the couple back into the country so they could conduct their business and then ooze out of the country again.

Hardly had we woken up from this shocking miracle, which created some embarrassment in some quarters, than we got exposed to yet another miracle.

A goatherd from Ladysmith stumbled upon a huge shiny rock which he told everyone was a diamond.

His discovery sparked a massive diamond rush, with thousands of people flocking to the area.

They came in cars, trucks, donkey carts and on foot. They ranged in age from 15 to the late seventies, men and women, black and white.

READ: Fred Khumalo | An ode to my long johns

The last time I heard, the goatherd had admitted that before stumbling on the diamond he’d had a lot of amatulwa – marula fruit. Rural people will tell you that if consumed in excess, amatulwa can be intoxicating. Even elephants do get intoxicated from the fruit.

Alcohol connoisseurs are familiar with Amarula, an expensive liqueur made from the fruit.

Maybe I’ve just fabricated the amatulwa story. But it fits in perfectly with the narrative of the elusive diamond. People are still digging away.

And then this week we had another miracle. Perhaps it’s not a miracle, but a shame. But I call it a miracle because I cannot understand how the president of a developed country can lose his iPad. Not at home, but at work, in the presence of colleagues and members of the opposition.

One can only imagine what secrets a presidential electronic device would contain. Picture Joe Biden losing his cell phone or iPad in the presence of his Republican adversaries. It would be a national scare.

The presidential iPad – or Rampad to give it a sexy name – has since been recovered. But not before its disappearance spawned at least three amapiano songs which have gone viral.

Apparently the Rampad was recovered from Fikile Mbalula’s jacket pocket. Razzmatazz, who apparently had wanted to make it his Mbapad, seemingly had that rarity among politicians – guilt, so he gave it back.

I’m looking forward to the next Cabinet reshuffle. There might be miracles there too.