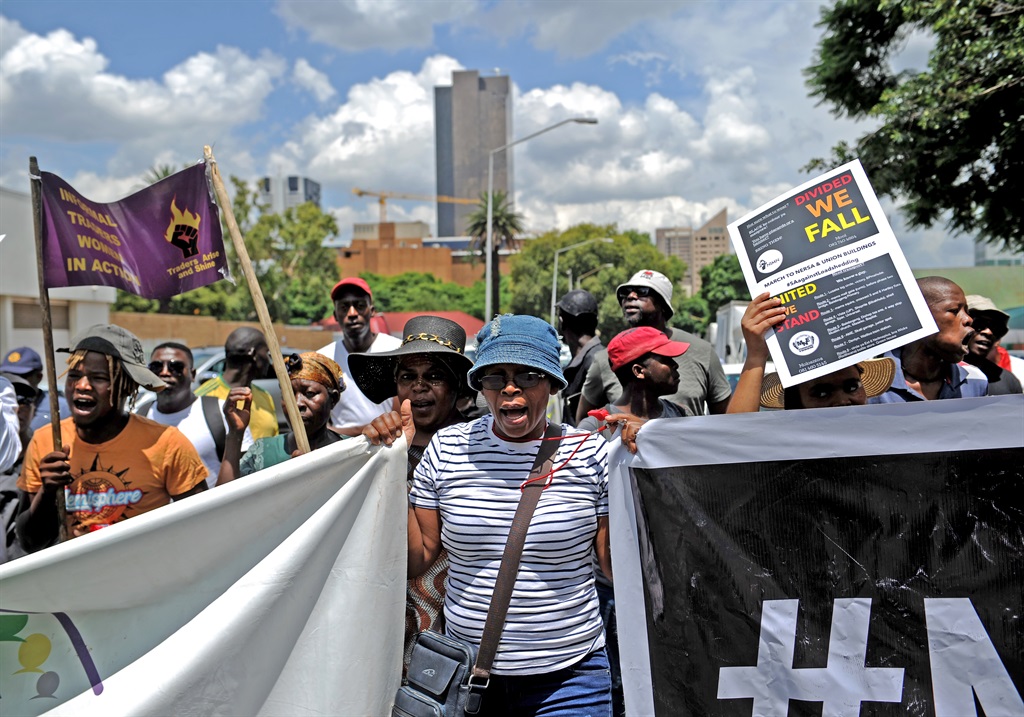 The Not In My Name International organisation, together with Azapo, marched to the energy regulator's offices in Pretoria, as well as the Union Building, to protest against load shedding and the 18% electricity tariff increase. Photo: Tebogo Letsie / City Press

A common question asked by the chattering classes is why South Africans have not taken to the streets en masse to protest against the appalling failure of government to meet the most basic needs of the people who live in what is the continent’s wealthiest nation.

The only time that South Africans were galvanised into collective action on a national scale was during the #ZumaMustFall protests in 2017. As the party was approaching its national conference, that moment was pivotal for the ANC to recognise how the corruptible one and his coterie were turning public opinion against it.

Read this for free
Get 14 days free to read all our investigative and in-depth journalism. Thereafter you will be billed R75 per month. You can cancel anytime and if you cancel within 14 days you won't be billed.
Try FREE for 14 days
Already a subscriber? Sign in
Next on City Press
Mondli Makhanya | The gospel of deviancy