Crying baby? This app will tell you what she’s trying to tell you 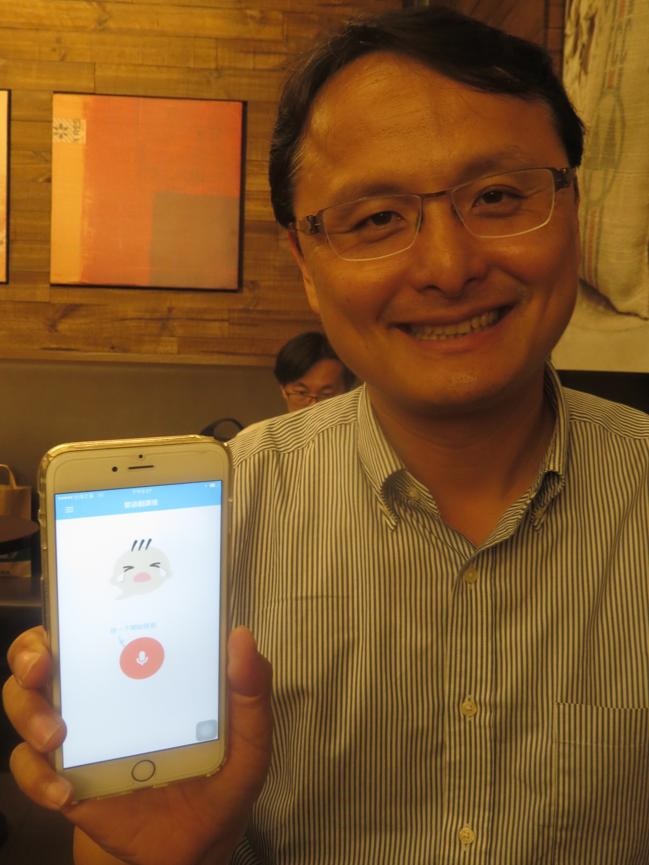 But help is at hand. A team in Taiwan has made an app to tell parents if their baby is hungry, tired, in pain or needs a fresh nappy.

They made a smartphone app called Infant Crying Translator, a cloud-based program that can decode the crying of babies from the moment they’re born until they are six months old.

It takes only 15 seconds. Tap “record” in the app and a clip of the infant’s cry is uploaded to a cloud database. The file is quickly compared to an audio library and a verdict pops up onscreen.

After winning an innovation award from Taiwan’s government in 2014, Infant Crying Translator for Android and iPhone went on sale in 2015 and now has about 10 000 users worldwide.

The app isn’t perfect, but results are getting better all the time.

According to user feedback, accuracy reaches 92% for babies younger than two weeks old.

For babies younger than two months old, the accuracy of the app was once low but now can be as high as 85%. For a four-month-old baby, accuracy is 77% and rising.

“When we first launched, the app wasn’t particularly accurate for babies older than two weeks. Back then, the database only had audio of very young babies that we gathered from a hospital,” said Chuan-Yu Chang, a head researcher.

“Now the library has many, many more sound files uploaded by users, and it can make increasingly better judgments for a wider range of ages.”

In addition, a machine-learning algorithm lets parents personalise the app for their baby.

“Based on the actual situation for each baby, the cloud database will make unique data models to improve the recognition rate,” he said.

Chang is from Taiwan, a high-tech island responsible for assembling some of the world’s top information and communication technology products.

It’s also a place where the birthrate has slipped to one of the lowest in the world, as a high cost of living prompts more Taiwanese to put babies on hold in favour of careers.

The Population Reference Bureau reported that the 2015 fertility rate – the average number of babies that women have during their childbearing years – was 1.2 in

The Taiwanese government has enacted measures such as childcare subsidies and free daycare, to only a modest effect.

Chang’s team at Yunlin University of Science and Technology hopes that baby translation can do its part to reverse the decline, which Taiwan’s president has declared a matter of national security.

“There are many ways to apply the program so that it is even more helpful for parents,” Chang said.

Developers are working with the government to incorporate the baby translator in a mobile suite for expecting mothers, which is aimed at making parenthood less intimidating.

They are also working with a leading Taiwanese original equipment manufacturer to create a bedside appliance that lets parents monitor their baby from afar.

The device, slated for release this summer, has a built-in microphone that can detect crying and then automatically switch on the translation program.

The result is beamed to the parents, who can come running with exactly what the child needs.

“Even if parents are busy and cannot be right beside the baby, they can know how their child is doing,” Chang said.

Chang said that while developing the app, a surprising finding has been that babies born in different countries sound mostly the same, at least in the earliest stage of life.

“Newborn babies of different nationalities cry in mostly the same ways,” he said, adding that the same goes for male and female newborns.

Chang’s team is convinced that a reliable baby reader has an important place beyond Taiwan and in the global market.

Everywhere in the world there are experienced parents, who even on a bad day could outperform the app. But for first-time parents of any nationality, the app could offer some clarity and relief when faced with an inconsolable newborn.

“From my own experience as a father, I know that sometimes when the baby cries, the parents feel a bit like crying, too,” Chang said.

“Humans have emotions and they make mistakes. The app doesn’t get flustered. It simply reads the data.”

We live in a world where facts and fiction get blurred
In times of uncertainty you need journalism you can trust. For 14 free days, you can have access to a world of in-depth analyses, investigative journalism, top opinions and a range of features. Journalism strengthens democracy. Invest in the future today. Thereafter you will be billed R75 per month. You can cancel anytime and if you cancel within 14 days you won't be billed.
Subscribe to News24
Next on City Press
A Frenchman who makes solar ovens in the north of Argentina