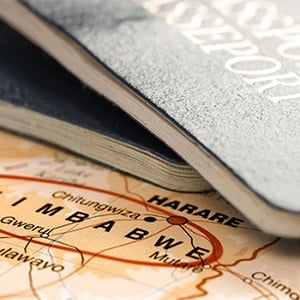 “There is dire poverty in Zimbabwe and the situation is getting worse with each passing day.”

So says Elasto Maweni from Ikhamvelihle in Gqeberha.

Maweni is one of the nearly 180 000 Zimbabwean nationals who have Zimbabwean Exemption Permits (ZEP) to live and work in South Africa. Earlier this year, the Department of Home Affairs said it would not renew these permits.

Like most ZEP holders, Maweni does not qualify for the critical skills list published in February. He therefore faces deportation when the permits expire on 31 December 2022.

“The SA government will condemn me to poverty if they refuse to give me permanent residency status or extend my permit. I humbly appeal to the Minister of Home Affairs to revisit his decision.

I tried to apply [for a general work permit] and gave up after finding out that it was futile given the stringent conditions.

One of the requirements is for applicants to advertise in a local and national newspaper to find if there are South Africans who can do their job, he said.

Maweni has been in South Africa since 2007 and is the sole breadwinner in his home and cares for his wife, son and grandchild.

He owns a small taxi which he uses to transport learners to schools in Motherwell. He also sells decorative ornaments and mops, brooms and lotions to help support his other children and other relatives who live in Zimbabwe.

Ngqabutho Mabhena, chairman of the Zimbabwean Community in South Africa, said many ZEP holders were in lower skilled jobs which would make getting a waiver near impossible.

Only those whose skills were listed under the Critical Skills list in February, like diesel mechanics, may be lucky.

Immigration lawyer Lorraine Kapungu of Kapungu Attorneys explained how to apply for a general work permit. She said an applicant has to get a certificate from the Department of Labour confirming that “despite a diligent search, the prospective employer has been unable to find a suitable South African citizen or permanent resident with requisite qualifications or skills and experience equivalent to those of the applicant”.

“I believe that different people have a unique skill that is not assessed by modern methods such as education levels. If a waiver motivational letter is well drafted and the employers are compliant with the labour rules and regulations then holders of ZEP stand a chance in respect of their waiver applications,” she said.

On 13 May, Home Affairs, in a notice, encouraged ZEP holders to apply for waivers and permits. Director General Livhuwani Tommy Makhode wrote: “The Department of Home Affairs has thus far received few applications. Home Affairs calls upon all affected Zimbabwean nationals to apply for one or other visas through VFS Global without further delay. It is of utmost importance that all the affected Zimbabwean nationals lodge their applications in order to regularise and to continue to [stay] lawfully in the Republic before the deadline of 31 December 2022.”

We live in a world where facts and fiction get blurred
In times of uncertainty you need journalism you can trust. For 14 free days, you can have access to a world of in-depth analyses, investigative journalism, top opinions and a range of features. Journalism strengthens democracy. Invest in the future today. Thereafter you will be billed R75 per month. You can cancel anytime and if you cancel within 14 days you won't be billed.
Subscribe to News24
Next on City Press
Spending money as if they won the lottery