200 years. R600bn. And that’s just what it will take for current land claims 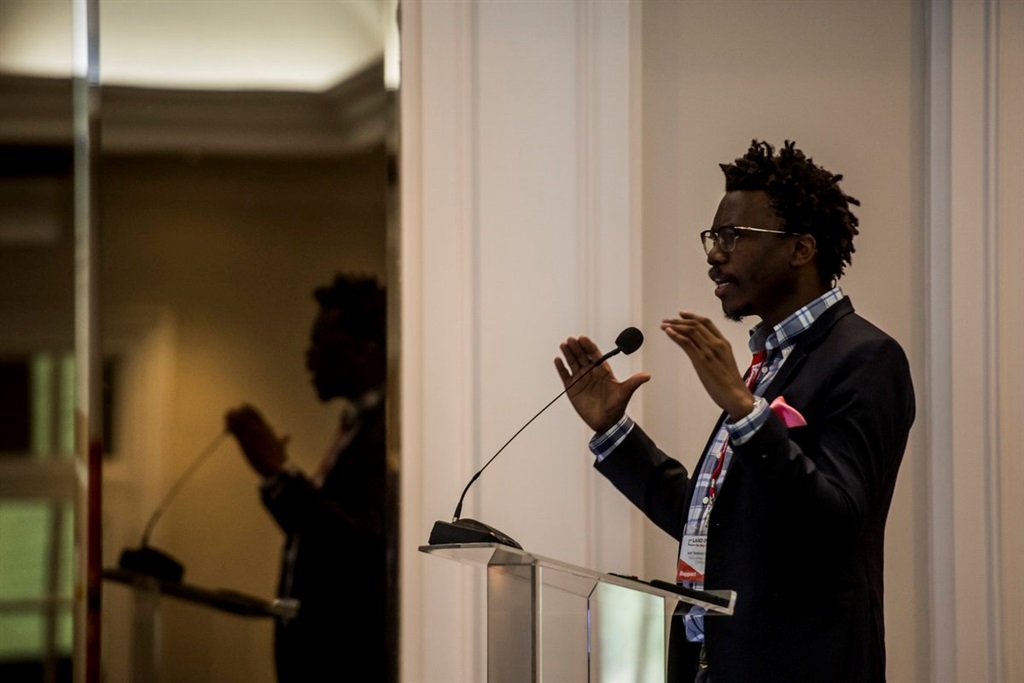 The processing of current land claims could take 200 years with a cost of R600 billion, according to Treasury’s latest figures. And should the land claims process be re-opened, 397 000 claims will be lodged, taking 709 years to process.

These sobering numbers were quoted by Wits Professor Peter Delius at the City Press/Rapport Land Indaba on Wednesday.

It all started in the late 1890s and early 1900s when in 1913, the Native Land Act was instituted by the colonialist authorities to hinder the purchasing of land by “natives” of South Africa, Advocate Tembeka Ngcukaitobi told those gathered at the Johannesburg Country Club in Auckland Park, where a robust morning of discussions took place around the contentious issue of land in South Africa.

The indaba showed a nation recovering from the past. It was a culmination of a series of land-related stories which both publications have produced over recent months, to highlight the plight of emerging farmers and the contentious issue around land ownership.

Ngcukaitobi took the opportunity to illustrate how, more than a hundred years later, black people were still fighting a system that had been built on the colonialist laws of the past, which sought to purposely denigrate the status and dignity of black people.

The Glen Grey Act of 1894, Ngcukaitobi pointed out, was instituted to enforce a labour tax against Xhosa men, which forced them into labour on the farms in the Eastern Cape.

He said that these statutes had contributed to the dispossession of land in the country.

The Group Areas Act, which is the most recent of land acts that sought to sow divisions between people, was also mentioned.

“The Group Areas Act was applied to urban areas. The most famous example of this was Sophiatown. There was no compensation paid in its implementation. Those who resisted simply had their properties bulldozed,” Ngcukaitobi said.

Before the Group Areas Act came into play, Sophiatown was known as the black cultural precinct in Johannesburg, before its residents were forced to resettle and make way for white occupation, imposed by the Nationalist Party.

It was no surprise that he quoted William Faulkner, “the past is not dead, in fact it is not even past”, to illustrate how the current system was still deeply entrenched in the system of the past.

He pointed out the preamble in the Constitution, which states:

We, the people of South Africa, recognise the injustices of our past.

“The Constitution recognises the injustices of the past. How can one enjoy freedom in a state of landlessness? The Constitution commits us to move towards social justice,” he said. He called on for South Africans to not be “prisoners of the past, but we should not forget the past”.

Peter Delius, emeritus professor of Wits University’s history department, picked up the discussion when he said that land restitution was about dealing with “the most grotesque events of land distribution subsequent to the 1913 land act”.

He took the audience through some sobering figures, on how the processing of current land claims could take 200 years with a cost of R600 billion, according to Treasury’s latest figures.

But of course, should the land claims process be re-opened, 397 000 claims will be lodged, taking 709 years to process,
Peter Delius

“But of course, should the land claims process be re-opened, 397 000 claims will be lodged, taking 709 years to process,” he said, as the audience gasped in shock.

As a result of the land redistribution process, ethnic tensions have also surfaced.

“So it’s not just a white and black issue that we’re seeing with the land claims. The process has triggered other conflicts between ethnic groups. Venda and Tsonga is one of those,” he said.

He also pointed out the sad reality that people had died while waiting to have land restituted to them.

“The land redistribution programme, by 2017, has only managed to transfer about 9%. It was supposed to reallocate 30% of white farming land within the first five years,” he said.

Delius emphasised that state capacity to handle claims was a serious problem. 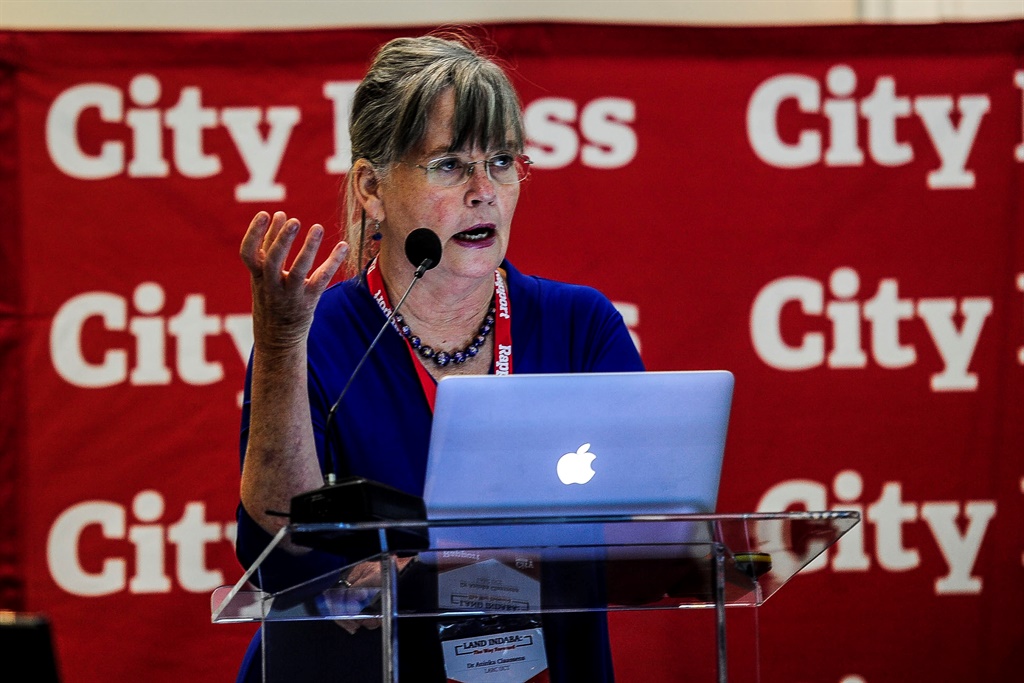 Dr Aninka Claassens from the University of Cape Town pictured at the Land Indaba summit where she talked about equal citizenship and property rights in former homeland areas. Picture: Mpumelelo Buthelezi

Dr Aninka Claassens, director of the Land and Accountability Research Centre at the University of Cape Town, spoke about the 17 million South Africans who originate from the former homelands, and why they were so much more poorer than the rest of the country’s citizens.

She said that this was a direct result of mining and traditional laws, and that traditional leaders had signed mining deals without any authority to do so.

Traditional leaders can sign deals without the consent of the people whose land rights they’re affecting. And politicians have shares in mining companies
Dr. Aninka Claassens

“The rights of people who are dispossessed are being confiscated because their rights are being denied in the first place. 60% of people do not have property rights, they don’t have addresses,” she said, as she explained how people who didn’t have land were faceless and had no identity in the country.

The mornings discussion included the voice of farmers who were determined to make land reform a workable solution.

Nick Serfontein is the founder of the Sernick Group, and a passionate farmer who penned an open letter to President Cyril Ramaphosa earlier this year.

Read: I know first-hand the hell that emerging farmers go through. Here’s a solution

When his letter was picked up by the media, the president took notice and appointed him to a 10-man advisory panel on land reform.

In his letter, much like his presentation on Tuesday, he outlined why it’s so important to train emerging commercial farmers and the benefits that this would bring to an entire ecosystem.

Part of the Sernick Group’s pledge to train and upskill farmers is a R500 million jobs fund project, to incorporate emerging farmers into their value chain.

“We create trust by developing successful farmers,” he said.

But Serfontein was critical of the current processes, and said that land needed to be allocated to the right people, “not the Gucci brigade”.

He had referred to the Gucci brigade in his letter, where he described people who are “politically well connected who have no clue about farming and have never farmed, who have received large tracts of farmland, probably through corruption or other irregular means”.

These politically connected people often arrive on his farm donning their Gucci shoes, and he said he refused to do business with because they were not concerned about the future of the country.

The event continued throughout the day.

We live in a world where facts and fiction get blurred
In times of uncertainty you need journalism you can trust. For 14 free days, you can have access to a world of in-depth analyses, investigative journalism, top opinions and a range of features. Journalism strengthens democracy. Invest in the future today. Thereafter you will be billed R75 per month. You can cancel anytime and if you cancel within 14 days you won't be billed.
Subscribe to News24
Related Links
Handing land to black farmers: More complicated than you think
How 24-year-old Mbalentle Sipengane became a successful farmer
Meet Rabelani Mamangwa, the farmer who turned land into ‘Eden of Limpopo’
Next on City Press
Photos | Ramaphosa expresses his deep sadness as Turkey and Syria earthquake death toll nears 5 000