Feminist scholars and gender activists agree that the ideal of an equal society will remain a dream until gender power relations shift in politics, the economy and society.

The first years of democracy began with promise with the passing of the Choice on Termination of Pregnancy Act in 1996 that legalised abortion in the first 12 weeks of pregnancy, and the Domestic Violence Act two years later that sought to protect women and force police to act against the partners who abuse them.

But still, women don’t benefit from the full might of those laws.

“Those first five years of democracy we had feminists entering into government from the Women’s National Coalition and they really made a big difference. They initiated a lot of women-friendly legislation, such as the Domestic Violence Act, the Choice of Termination of Pregnancy Act, the Maintenance Act (of 1998) and The Recognition of Customary Marriages Act (of 1998). All the gains made were concentrated in those five years,” professor Amanda Gouws from the political science department at Stellenbosch University told City Press.

“We also had a national gender machinery – the structures in the state that had to promote gender equality. Like the women’s empowerment unit, there were gender desks in all the civil service departments, the joint monitoring committee on the quality of life, the status of women and the Commission for Gender Equality. 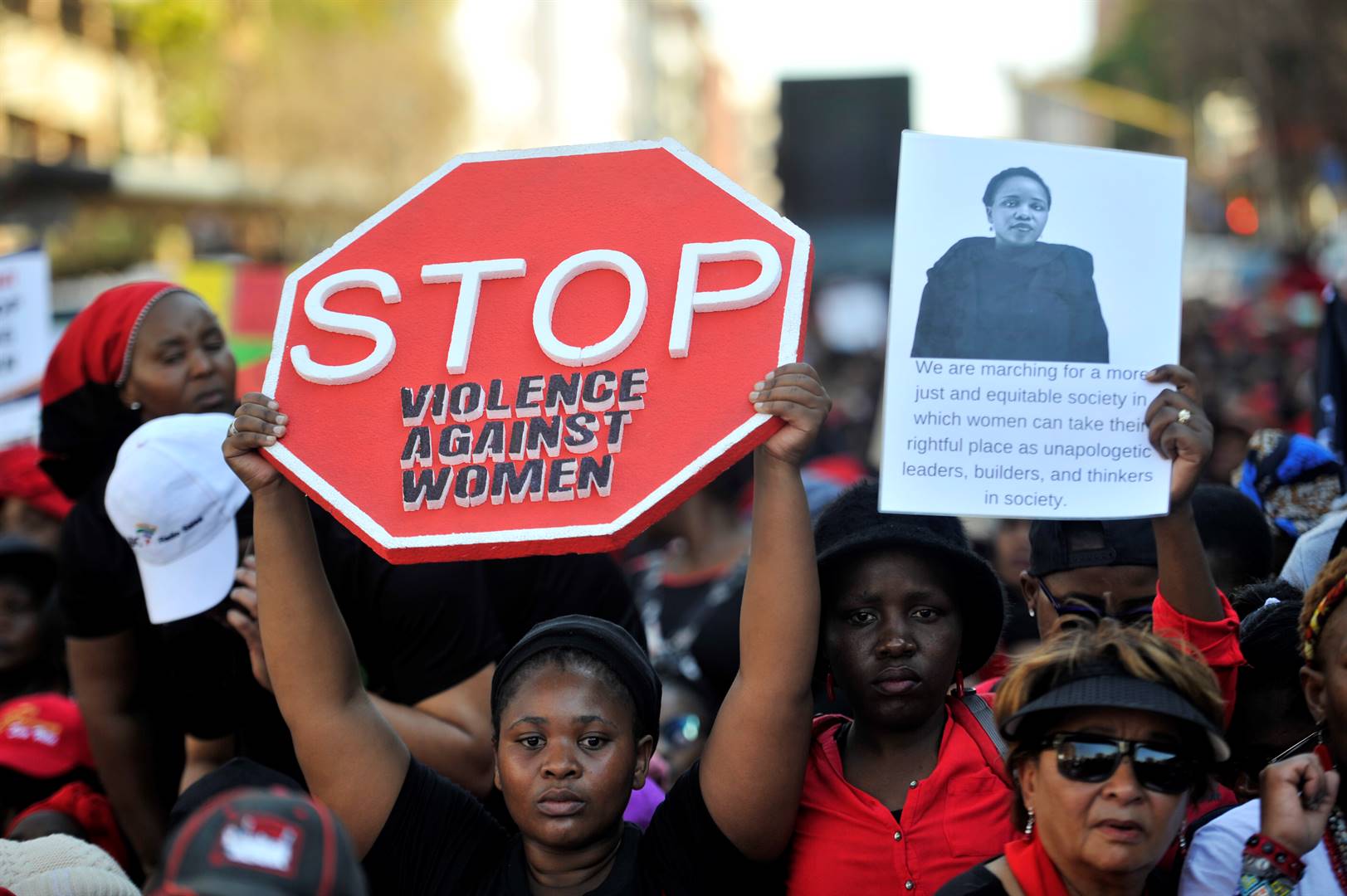 South African women and non-gender- conforming individuals across Gauteng march their way to the Union Buildings in Pretoria in August last year. The women marched against gender-based violence under #totalshutdown. Picture: Rosetta Msimango

“All those structures have been dismantled and what we’re left with now is the Commission for Gender Equality which is outside the state. So the gains we made have rolled back.”

Besides the ministry of women, headed now by Minister Bathabile Dlamini, there is little left of what was initially won.

“We no longer have a collective, national women’s movement, which leads to a fragmented fight for the same rights,” Gouws said.

For activist, scholar and public servant Philile Ntuli, the past two decades’ successes in including equality principles in legislation might have changed women’s material positions, with increased numbers of women now in positions previously reserved for men, but sexism continues to play its malevolent role.

“The structure of South Africa’s society continues to position women as inferior to men. Despite a globally revered Constitution, women do not enjoy its promised universal human rights. South Africa remains a deeply gendered society, where women’s bodies and beings are ‘othered’ and men continue to enjoy privileges as the dominant gender,” she said.

Ntuli argued that women need to recognise that the inequality they face is political and that sexist oppression continues because men hold the power.

“Women have to form feminist political homes from which they can organise strategically, gather tools of resistance and act towards the total destruction of all forms of sexism,” she said.

In response to a stalled freedom, women have in recent years organised movements, such as the #EndRapeCulture, in which women students took to the streets in 2016 to protest against sexual violence on campuses, and the #TotalShutDown march to the Union Buildings in August last year.

For Gouws, these awakened enough of a consciousness within political parties to put gender-based violence in their election manifestos.

“There’s a huge lack of political will and we can start with the minister. The first minister of that department, when it was still called the ministry of women, youth and people with disabilities, was supposed to start a national council on gender-based violence. Three ministers later we’re still waiting for the council.”

For Lisa Vetten, gender researcher and Mellon Doctoral Fellow at Wits University, the one area the country has performed poorly in is linking women’s legal rights with socioeconomic rights.

“So the Domestic Violence Act remains a very good piece of legislation, but you can’t see corresponding legislation that deals with housing for example, which would give women the ability to leave abusive relationships because they have alternative housing,” she said.

“We don’t have supporting policies that think around things such as how we help women reduce their economic dependency to leave abusive partners and what kind of programmes you would need to put in place. The choice given by the Termination of Pregnancy Act remains very good but again, there are questions of implementation and attitudes.”

The only hope women have to change the “piece-meal integrationist strategies”, Ntuli said, was to overhaul the entire system.

“Co-option into a gendered system is not equality. As US writer Audre Lorde teaches, we cannot dismantle the master’s house using the master’s tools.”

We live in a world where facts and fiction get blurred
In times of uncertainty you need journalism you can trust. For 14 free days, you can have access to a world of in-depth analyses, investigative journalism, top opinions and a range of features. Journalism strengthens democracy. Invest in the future today. Thereafter you will be billed R75 per month. You can cancel anytime and if you cancel within 14 days you won't be billed.
Subscribe to News24
Related Links
We are voting in the past – the future is female
In defence of Kelly Khumalo
War on women and children will turn the tide if the state is invested
Next on City Press
Al Jama-ah loses leave to appeal Shadrack Sibiya's interdict