A global picture: The Covid-19 crisis 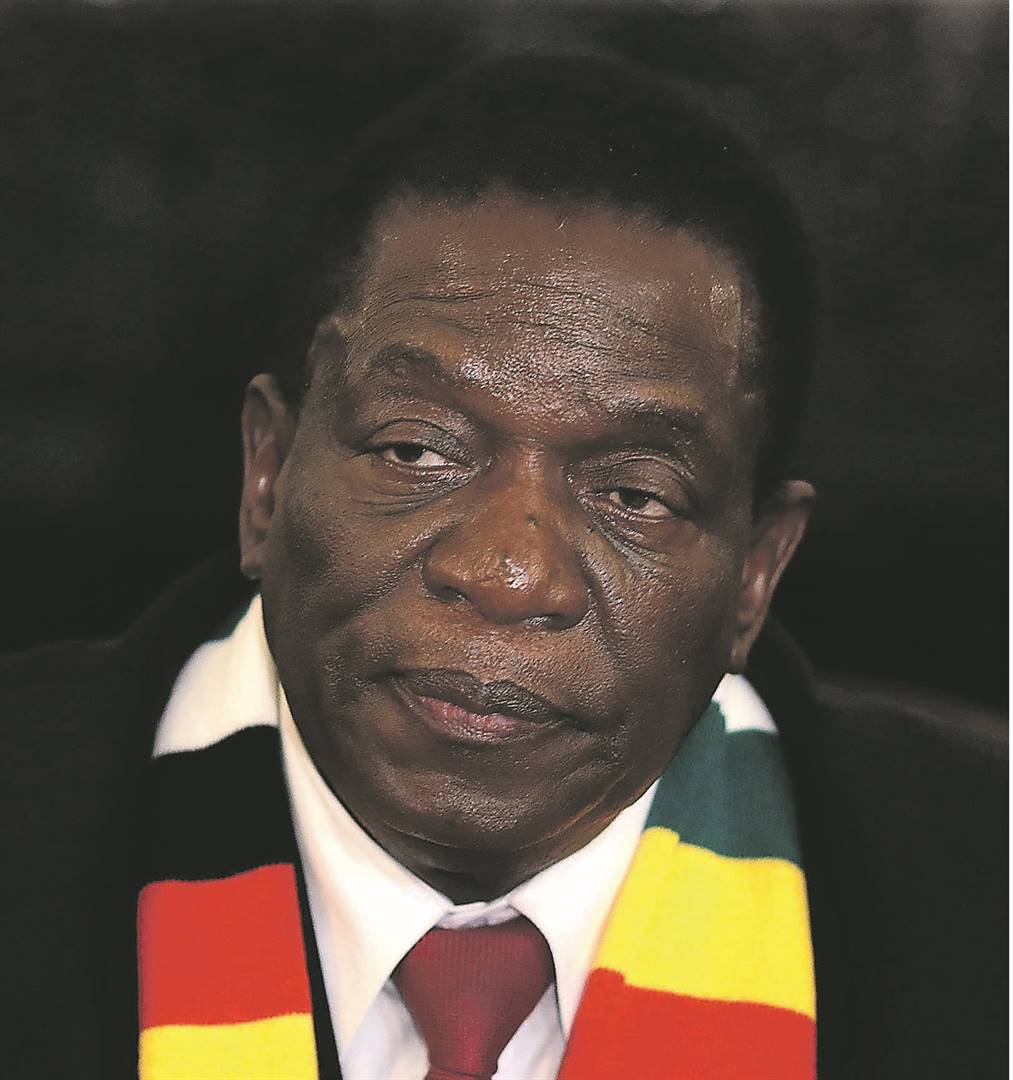 President of Zimbabwe Emmerson Mnangagwa has put Zimbabwe under lockdown to curb the spread of the Covid-19 coronavirus.

As the global Covid-19 coronavirus infections surpassed 620 000, several African countries have followed other countries around the world and introduced strict measures to combat the spread of the deadly virus.

So have Nigeria and Kenya.

During his state of the nation address on Friday, Zimbabwe President Emmerson Mnangagwa announced a 21-day lockdown of the country.

Only essential services will remain operational during the 21 days.

The lockdown came after nurses and doctors threatened to stop working after the country confirmed its third case of Covid-19.

One person has died in that country so far.

Botswana began its strict measures yesterday and will close all liquor outlets for 30 days as it begins locking down the country.

All border posts have been closed.

President Mokgweetsi Masisi recently conceded that it was only a matter of time before the Covid-19 coronavirus hit his country, but his government was leaving nothing to chance, even though it was yet to record its first positive case.

In Kenya, government on Friday started implementing drastic measures to prevent the spread of Covid-19, although only 31 confirmed cases of infection had been recorded.

A curfew from 7pm to 5am has been enforced, and all international flights have been suspended.

Nigeria has recalled all retired disease control staff to help contain the spread of the virus, and it has also begun a mission to bring back all nationals outside the country who want to return home.

This brings the country’s total fatalities to 5 690 after it recorded 769 deaths on Friday. Health Minister Salvador Illa warned that the pandemic had yet to reach its peak in Spain.

Germany to stay locked down

German Chancellor Angela Merkel said the lockdown rules were unlikely to be relaxed because they were needed to protect the healthcare system. The current measures will stay in place until April 20, she said.

Japan will extend economic stimulus on an “unprecedented scale” in response to the outbreak, Prime Minister Shinzo Abe said this weekend.

There will be cash hand-outs for citizens, and government will act to protect regional employment, Abe said.

Abe added that a supplementary budget would be passed as soon as possible, but he cautioned that the battle against the virus would be a long one. Japan was preparing its virus-related policies with the worst-case scenario in mind.

New Covid-19 infections in Tokyo rose by more than 60 yesterday, the biggest daily increase yet. The rise comes amid a critical weekend for the capital, where people have been asked – though not forced – to stay at home.

Dutch hospitals are expected to most likely reach full capacity of intensive care beds by today due to the pandemic. The country’s government is currently in talks with Germany to see if it can transfer patients who are in intensive care.

Doctors have also started calling elderly people at home to ask if they want to be treated in the hospital or at home if they get Covid-19, causing panic among older citizens.

Dozens of people clashed on the border of Hubei province after the Chinese government lifted a two-month-long quarantine period at the epicentre of the world’s Covid-19 outbreak.

Doctors have also started calling elderly people at home to ask if they want to be treated in the hospital or at home if they get Covid-19, causing panic among older citizens.

The conflict began on Friday morning on a bridge connecting Hubei and neighbouring Jiangxi province as police officers from both sides argued over how to verify if people were allowed to enter Jiangxi.

Both countries issued a statement saying checkpoints between them would be removed and no special documentation would be needed to cross.

Iran to punish those who ignore social distancing rules

Iranian President Hassan Rouhani said people who ignored the social distancing rules that were aimed at stopping the spread of the coronavirus would be punished.

“Anyone who doesn’t want to listen or chooses to resist will face harsher measures this time around,” he said.

Authorities have introduced stricter measures to combat the outbreak, including a ban on intercity travel, as well as the closing of parks and other public spaces.

Singapore advised its citizens to stay at home in its latest effort to curb the spread of Covid-19, a day after Prime Minister Lee Hsien Loong said the state was facing a grave economic challenge posed by the pandemic. The public may only head to malls for essential items such as food.

“Those at the top know how to defend themselves; they can resist,” he said. “Those at the bottom have a hard time in times of crisis.”

The country’s health department has advised people to maintain social distance to inhibit the spread of the virus.

China says all new cases on Friday were ‘imported’

China’s National Health Commission (NHC) said all 54 new coronavirus cases reported on Friday came from outside the country – this as an order to seal the borders to most foreigners took effect yesterday.

China had 81 394 confirmed cases as of Friday, 649 of which were imported, according to the NHC’s website.

The total death toll rose by three to 3 295, with all new deaths reported in Hubei province. The number of discharged patients rose by 383 to 74 971.

This comes as China’s leaders pledged to widen the fiscal deficit and sell sovereign debt, signalling that Beijing is preparing large-scale stimulus to counter the economic fallout from the virus.

Xinhua news agency reported on Friday that, according to a Politburo meeting on Wednesday, China would increase its fiscal deficit as a share of GDP, issue special sovereign debt and allow local governments to sell more infrastructure bonds as part of a package to stabilise the economy.

In the Australian state of Victoria, police have been given the power to issue spot fines of up to 1 652 Australian dollars (R17 900) for individuals and 9 913 Australian dollars for businesses that don’t follow rules on social distancing or limits on gatherings.

Australia’s death toll from the coronavirus outbreak has risen to 14 and the number of confirmed infections stood at 3 635 yesterday, an increase of 469 from Friday afternoon.

Abbott Laboratories in the US is unveiling a coronavirus test that can tell if someone is infected in as little as five minutes. The test is small and portable, and can be used in almost any healthcare setting.

The manufacturer of medical devices plans to supply 50 000 tests a day from April 1, said John Frels, vice-president of research and development at Abbott Diagnostics.

The molecular test looks for fragments of the coronavirus genome, which can be detected swiftly when it is present at high levels. A thorough search to definitively rule out an infection can take up to 13 minutes, Frels said.

US President Donald Trump said the country was conducting about 100 000 tests a day for Covid-19 after weeks of complaints from governors and healthcare workers across the country about the scarcity of tests.

On Friday, the US became the first country to surpass 100 000 confirmed cases of the virus, making it the country with the most cases in the world.

Its most prominent hot spots are New York and New Jersey, which together account for half of the country’s cases.

On Friday, the US became the first country to surpass 100 000 confirmed cases of the virus, making it the country with the most cases in the world.

California has more than 4 000 cases, and smaller outbreaks in Illinois and Michigan continue to increase.

Los Angeles mayor Eric Garcetti warned that the city could see a Covid-19 surge similar to New York City’s within five days if the spread continues at the rate it has been going.

Carnival’s Holland America Line said four passengers died on the MS Zaandam, which has had an outbreak of a flu-like illness on board and at least two confirmed cases of Covid-19.

The cruise line said the passengers were “older”, but didn’t say how they died. The Zaandam, which is currently near Panama, was still at sea when cruise companies halted new voyages earlier this month. – Bloomberg Read more on:
singaporebotswanachinazimbabweaustraliairanjapancoronavirus
ON MY RADAR
for subscribers
On My Radar | Take care as you step into the metaverse

Choose a newsletter
Voting Booth
What are you doing to celebrate Heritage Day?
Please select an option Oops! Something went wrong, please try again later.
Nothing, locking it down
59% - 58 votes
It's braai day
33% - 33 votes
The Jerusalema dance
8% - 8 votes
Previous Results
Podcasts
Should I pay extra into my mortgage with these lower rates?