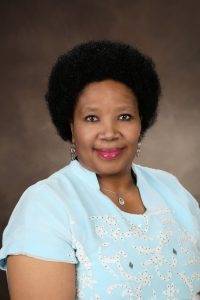 Only one municipality in the Eastern Cape has approached the Senqu Local Municipality to learn how it has managed to keep its books clean for the past five years.

Nomvuyo Mposelwa, Senqu municipality’s mayor, told City Press on Friday that only the battling Sakhisizwe Local Municipality, which falls under the Chris Hani District Municipality, has shown an interest in meeting with the consistently well-performing Senqu to find out how it can also receive a clean audit.

Senqu was one of 18 municipalities that were praised by Auditor-General Kimi Makwetu for achieving unqualified audit opinions without findings – also referred to as clean audits.

Mposelwa said not even her comrades in the ANC were interested in finding out how Senqu officials had succeeded so they could to create a benchmark for other municipalities.

Speaking in isiXhosa, Mposelwa said the ANC was quiet about Senqu’s achievement, adding that it should be proud and encourage the municipality rather than play politics.

“We get to be recognised by people on the outside, such as the media, and get awards from the SA Local Government Association. Unfortunately, the ANC doesn’t pay attention.”

Senqu, a small rural municipality, and Joe Gqabi District Municipality were the only two municipalities out of 39 audited in the Eastern Cape that received clean audit reports for the 2017/18 financial year.

Senqu has received clean audits for the past five years.

When Mposelwa was deployed as mayor in 2016, the municipality was already on the right path.

She worries about dropping the ball, but says that, if the “culture of accountability” is maintained, as well as good relations between politicians and the administration, and strong financial controls, it is unlikely that she will fail.

“We take council business very seriously and we conduct it based on laws. We focus on financial sustainability and quality assurance rather than quantity, and we check that processes are followed to get immediate feedback. We do monitoring to manage risks and we have good internal financial controls,” Mposelwa said.

Proper planning, she added, was also at the core of the operation, and this enabled accountability. Other oversight structures, such as the audit committee and the municipal public accounts committee, were also effective.

“We have zero tolerance for noncompliance. What also helps is that we have relative stability in the top management. We have a long-serving municipal manager and directors. This helps to keep institutional memory.”

Management, she said, was also being held accountable by verifying if they had met their targets before performance bonuses were paid.

Mposelwa said the R37 million municipal infrastructure grant allocation for Senqu was too little to cater for projects in villages. She highlighted challenges such as the lack of proper access roads and the fact that most of the wards had gravel roads that needed paving.

Because the municipality had a mountainous landscape, Mposelwa said some of the gravel roads were being swept away during heavy storms and maintaining them had become unsustainable.

In his report on the audit outcomes for local government, Makwetu said Eastern Cape municipalities had shown a net regression.