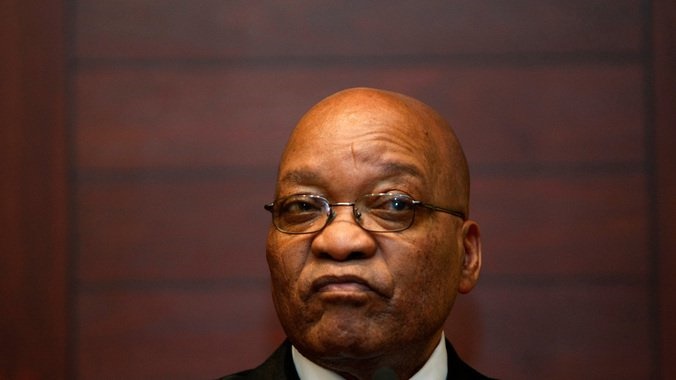 The ANC was on the back foot and should “cut its losses” with President Jacob Zuma, said political analyst Ralph Mathekga.

“It is becoming untenable to continue, and it adds more problems for the ANC. Even if there is an appeal, we have a sitting president whom a court says should face charges. It comes against the backdrop of the same president who did not uphold the Constitution,” said Mathekga today.

The two rulings could not be looked at in isolation, he said.

“The two cases say a lot about the man at the top in South Africa.”

His advice to the ANC would be to move on without Zuma.

“There is no other way. If not, the party’s reputation will suffer, and the opposition will take this to local government elections – that not only has the president failed to uphold the Constitution, but he also faces criminal charges. It demands that the ANC cuts him off now.”

He suspected, however, that Zuma’s supporters would try to separate the two cases and try to manage the scandal, with the ANC becoming even more divided.

Mathekga was responding to the damning judgment in the High Court in Pretoria this morning which found that the decision to drop corruption charges against Zuma in 2009 was “irrational” and should be reviewed and set aside.

It followed a Constitutional Court ruling last month that Zuma acted inconsistently with the Constitution in response to the Public Protector’s report on upgrades to his homestead in Nkandla.

Reacting after the ruling today, ANC spokesperson Zizi Kodwa was upbeat about the ANC’s performance in the upcoming elections and told eNCA that perceptions built around public opinion and commentary did not necessarily match views on the ground.

“There is a groundswell of support for the ANC. Our interaction with the people is different. The majority of South Africans are confident in the future of South Africa under the leadership of the ANC,” he said.

In a statement, Kodwa said that the court did not deal with the merits of any allegations against Zuma nor did it make any finding declaring guilt on any matter against President Zuma.

“Today’s judgment was solely a judicial review of an administrative action taken by the NPA as allowed for in our law. We trust that it shall therefore not be used by any in our society to infer any culpability in any crime or offence by the President.”

He said the matter has dragged on and the ANC was pleased that it now appeared closer to resolution, seven years since the NPA decision.

“We once again reaffirm our full confidence in our legal system with its adequate and extensive checks and balances designed to protect and promote accountability and transparency,” said Kodwa.

We live in a world where facts and fiction get blurred
In times of uncertainty you need journalism you can trust. For 14 free days, you can have access to a world of in-depth analyses, investigative journalism, top opinions and a range of features. Journalism strengthens democracy. Invest in the future today. Thereafter you will be billed R75 per month. You can cancel anytime and if you cancel within 14 days you won't be billed.
Subscribe to News24
Related Links
‘Spy tapes’ ruling will determine Zuma’s fate
‘Spy tapes case will reveal if agencies of law enforcement act on merit or politics’
Nkandla, ethics and ubuntu
Next on City Press
Mpumalanga officials nabbed for R1.38 million PPE procurement corruption