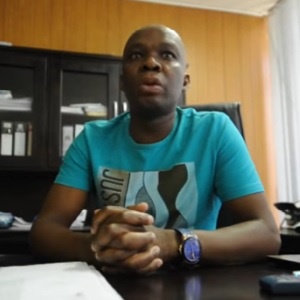 The North West government this week suspended the chief financial officer of the province’s troubled Ditsobotla Local Municipality after revelations by City Press that he asked a service provider for a R150 000 bribe.

Leeto Dintwe was suspended after last Sunday’s exposé, which also detailed an alleged attempt by eight ANC municipal councillors to solicit a R250 000 bribe from the same businessman, Fikile Bili, who recorded their meeting.

The embarrassing case has also drawn the attention of the ANC’s headquarters, Luthuli House.

Dintwe declined to comment this week. Last week, he denied asking Bili for a bribe.

On Friday, municipal spokesperson Pius Batsile could not provide details of the charges against Dintwe, whom the municipality hired after he was suspended by the provincial public works department following allegations of corruption.

North West ANC secretary Dakota Legoete told City Press on Friday that Luthuli House had asked the provincial executive committee (PEC) what it was doing about the allegations against party councillors.

“They wanted to know whether we are dealing with this thing and handling it with speed,” said Legoete. “We cannot deploy people as councillors and have them doing other things on the side.”

Last week, City Press reported that a meeting was held on the patio of the Lichtenburg Golf Club on August 28, at which eight ANC councillors, accompanied by municipal manager Solomon Nnete, met Bili and allegedly asked him for a bribe of “two-fifty” – or R250 000 – to ensure that his company Zandile Management Services was paid and that he retained his contract.

Dila is heard threatening Bili, saying he and the council will “part ways”, and he will lose his contract: “... all of us sitting here are under the impression that we have moved ... we thought he was invested into this thing and yet we have not received niks [nothing].”

Legoete said that at the ANC’s national general council last month, it was made clear that the party “should act swiftly against those found to be on the wrong side of principle and the law”.

He said the province this week began an investigation into the allegations against the eight councillors, led by a team of three officials from the ANC PEC who investigate and prosecute errant members.

A team of ANC officials visited the municipality on Tuesday and attended a council sitting.

Batsile said that among the decisions taken at the Tuesday council sitting was one to cut down on the municipality’s expenses to pay Eskom’s R121 million bill – this would include reducing overtime payments, and subsistence and travel allowances, and regulating the salary bill.

Batsile said that at the meeting an ad hoc committee was established, consisting of councillors from both the ANC and the opposition, to deal with the council’s debts. The committee will report back to council at its next sitting.

“We are going through a rough patch,” said Batsile, adding that the threat by Treasury to withhold the municipality’s equitable share funds as a result of the Eskom debt was also hanging over their heads.

Ditsobotla’s administrative woes saw it being named among the top 20 defaulting municipalities that were warned of possible power cuts by Eskom unless they made arrangements to pay.

Bili has laid a complaint of bribery and corruption against the councillors which is being investigated by police from North West provincial headquarters.

We live in a world where facts and fiction get blurred
In times of uncertainty you need journalism you can trust. For only R75 per month, you have access to a world of in-depth analyses, investigative journalism, top opinions and a range of features. Journalism strengthens democracy. Invest in the future today.
Subscribe to News24
Next on City Press
Charges pile up for ‘fraudulent’ forex trader

Listen to our latest podcasts.
Voting Booth
With less than two weeks to go to election day, political parties are ramping up their campaigning, bringing out influencers and celebs at their rallies. Do you think bringing out DJs, celebs and musicians will work to win votes?
Please select an option Oops! Something went wrong, please try again later.
I'm not influenced
88% - 65 votes
A gig is gig
7% - 5 votes
Need more of it
5% - 4 votes
Previous Results
The best of 2020
Can you guess who featured in our most popular articles from 2020?